Restoration of the Duchess of Parma's Dressing Table

Made between 1845 and 1851, the Duchess of Parma’s dressing table is a masterpiece of Romantic silversmithery and a crowning piece of the Musée d’Orsay’s decorative arts collections. It entered the workshops of the Centre de recherche et de restauration des musées de France (C2RMF) in June 2021 for restoration and scientific study, before being exhibited in the museum’s future galleries dedicated to decorative arts between 1848 and 1889, set to open in the first half of 2022.

The work is composed of nine elements designed for personal care: a table, a mirror, two jewelery boxes, two girandoles (multi-branched candelabras), a ewer (an elegant vase with a spout and handle used to hold water) and a basin, and a presentation book containing the names of the contributors. Indeed, the ensemble was commissioned by the Legitimist ladies of France (supporters of the eldest branch of the Bourbon dynasty) for the marriage of Louise-Marie-Thérèse d’Artois, granddaughter of the King of France Charles X, to the future Duke Charles III of Parma. 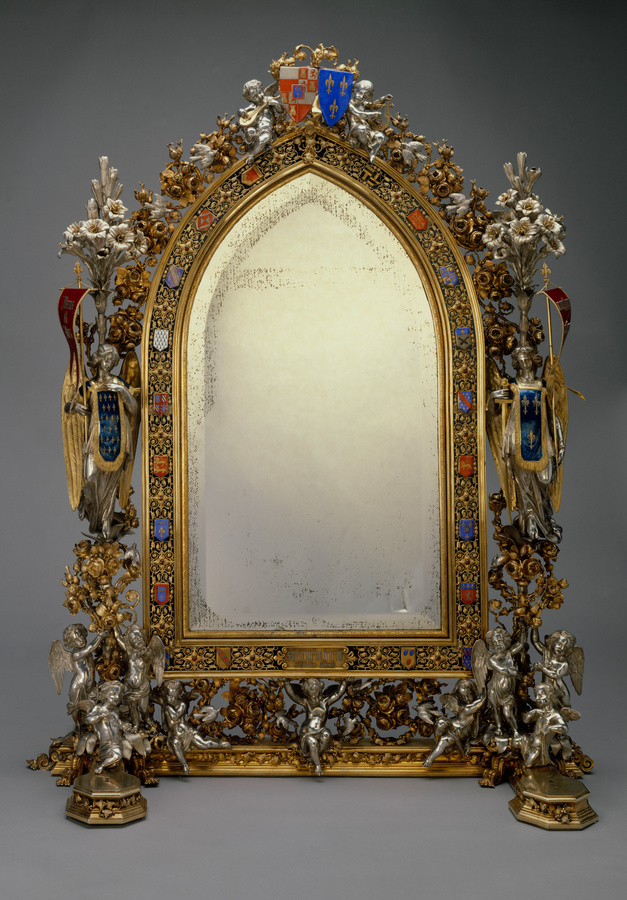 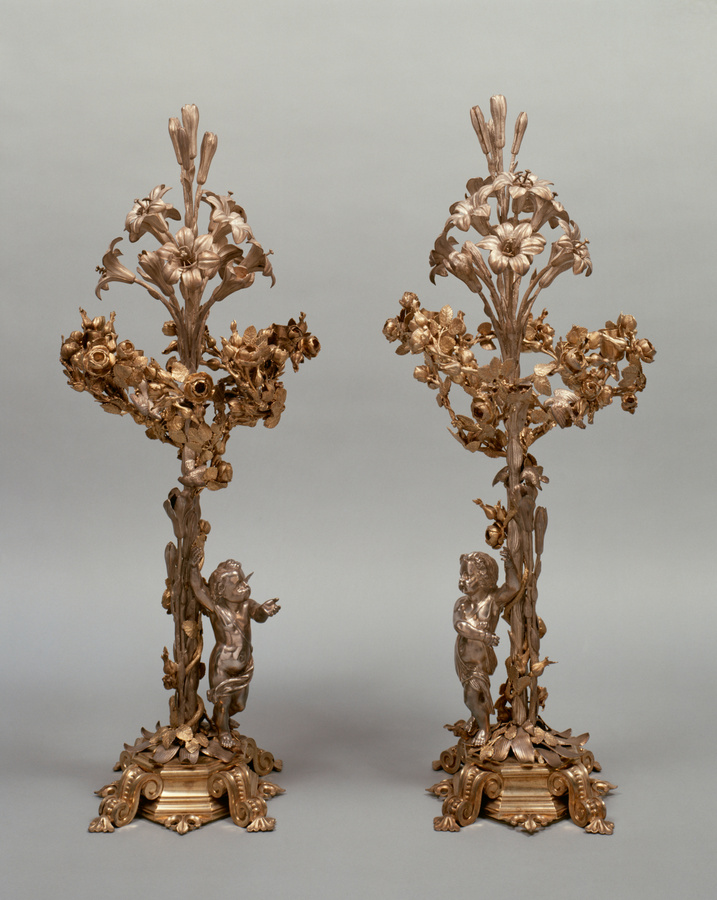 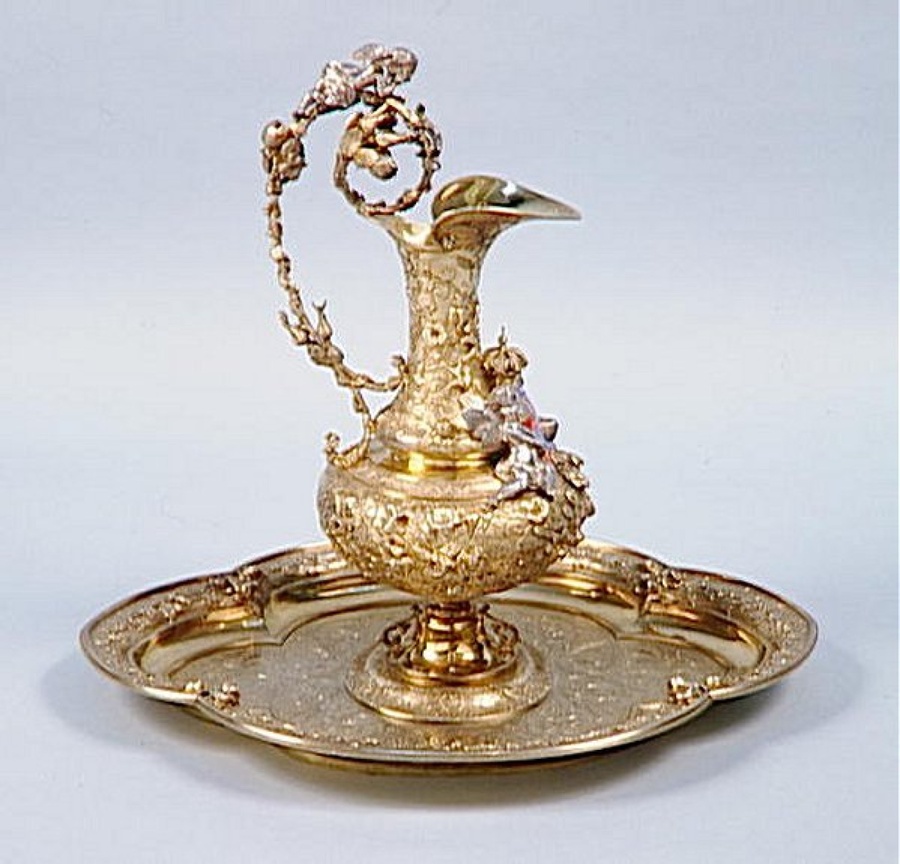 The silversmith Froment-Meurice supervised the different stages of its production and secured the collaboration of the greatest artists of the time: the architect Duban, the ornamentalist Liénard, the sculptors Geoffroy-Dechaume and Feuchère, and the enameler Sollier, who achieved the feat of producing enamel portraits of a size never before seen for the jewelery boxes. A true demonstration of virtuosity, this work also had a political dimension seen in the omnipresence of the fleurs-de-lis and the numerous references to the arts of the Middle Ages and the Renaissance, which allude to the heyday of the French monarchy.

Composed of metals and enamels that react differently to light, humidity and substances in the air, the dressing table had gradually lost its original brilliance and colors over time. Thanks to specific cleaning techniques applied to each material, the subtle polychrome effect that made it famous in 1851 when it was presented at the Great Exhibition in London will be restored.

To facilitate the cleaning operations and the scientific examinations and analyses, the dressing table has been almost entirely dismantled by the C2RMF restaurateurs, who have mapped the work element by element. These sometimes minute elements were all numbered by Froment-Meurice when the work was created in order to facilitate the reassembly of the dressing table following its transfer from Paris to London in 1851, then to Parma, where it remained until 1859 before accompanying the Duchess into her exile to Switzerland. Some pieces were inverted during these different journeys and as part of previous restoration work, as confirmed by old photographs. They will be returned to their original positions in order to restore the work’s harmony and legibility.

Lastly, the examinations and analyses carried out at the C2RMF will further our understanding of this fascinating work, for which the artists developed modern techniques that produced results sometimes incredibly similar to traditional silverwork techniques. Some of the decors appear to have been obtained by electrolysis, a technique still recent in the mid-19th century, something that had not been detected until now by observation with the naked eye alone. The project will be accompanied by a committee of silversmith and enamel experts as well as additional archive research in order to put these new discoveries regarding the work, and more generally the history of 19th century decorative arts, into perspective.

The restoration, which should be completed by the end of 2021, will conclude with the reassembly of the dressing table in the gallery at the Musée d’Orsay where it will subsequently by placed on display, allowing the public to discover this masterpiece of the collections in a new light.