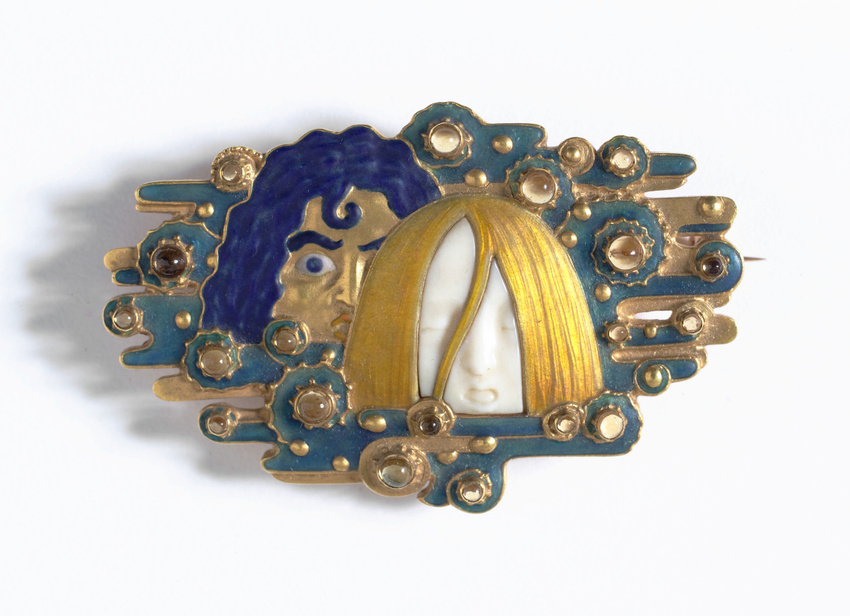 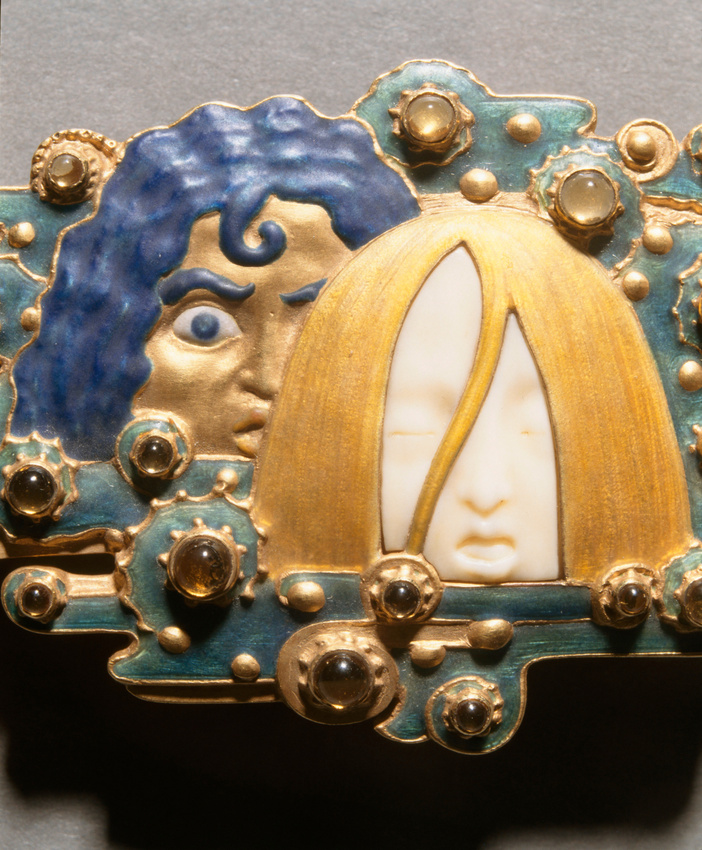 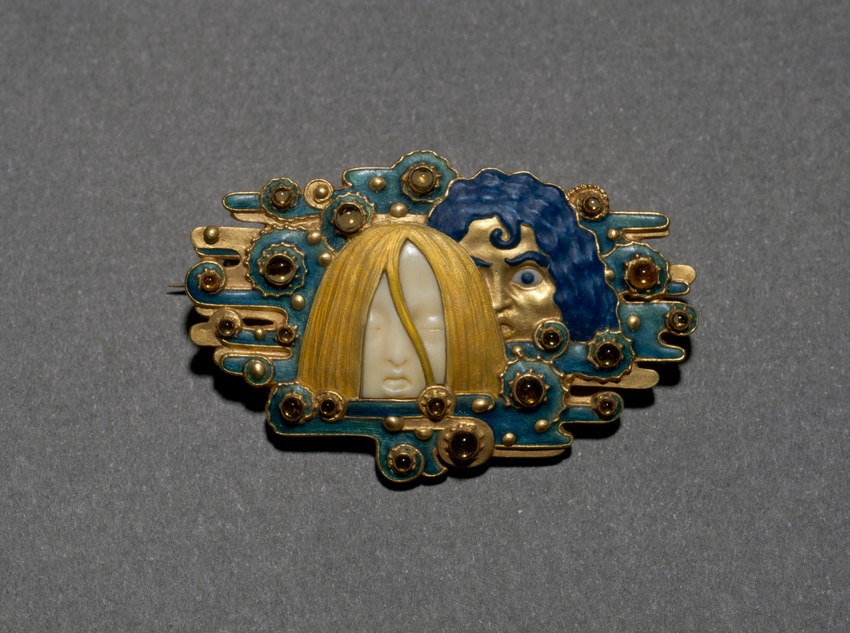 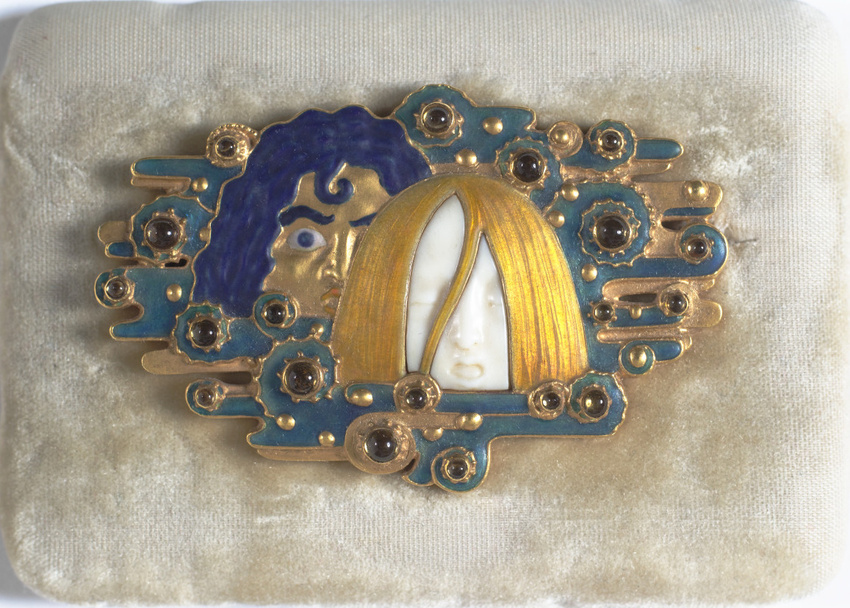 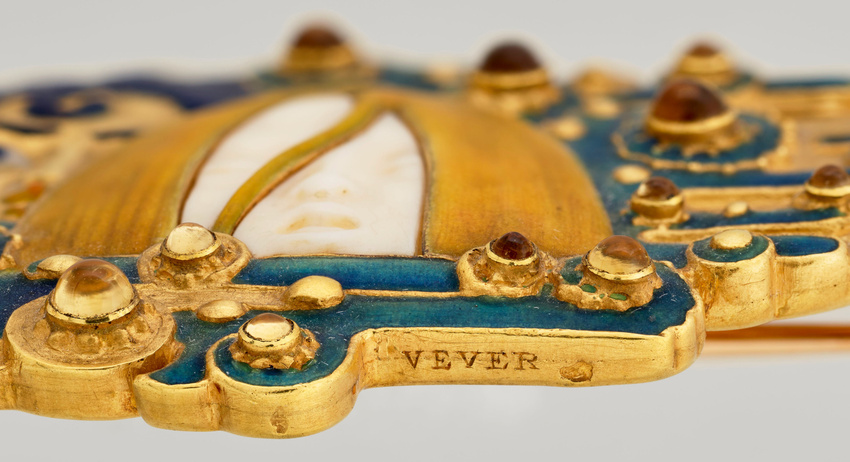 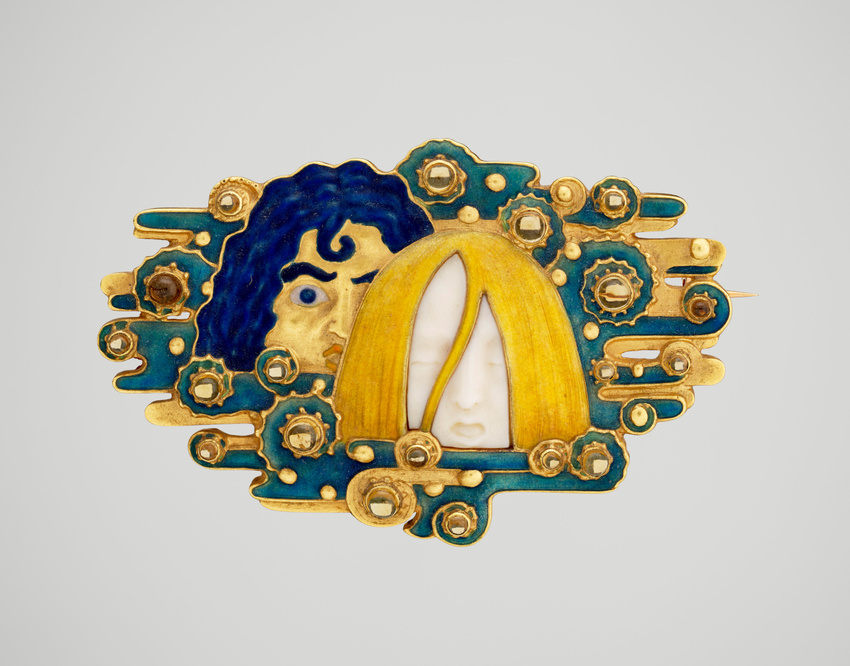 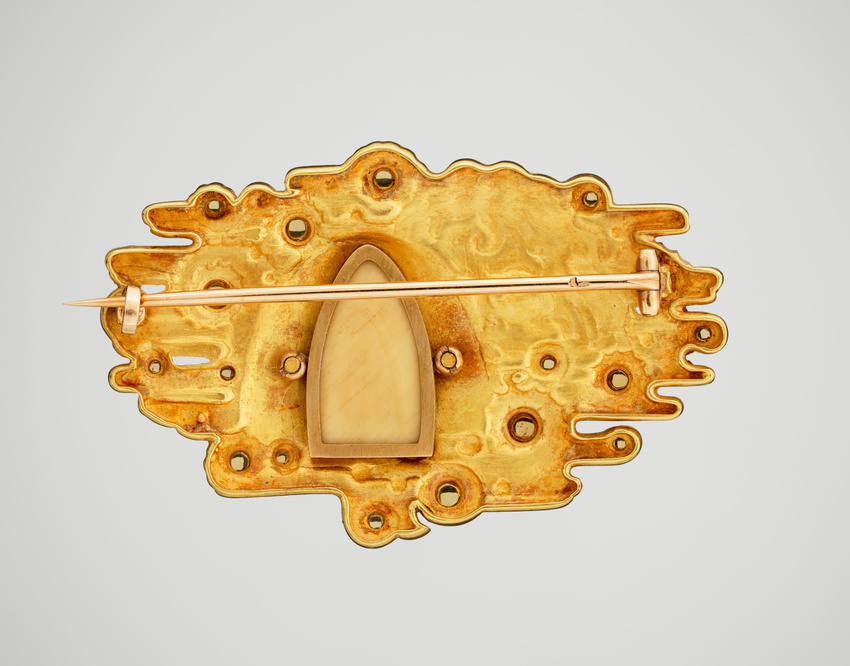 Well-known jewellers since the 1870s, Henri and Paul Vever broke new ground at the Universal Exhibition of 1900 when they presented a new line of "artistic" jewellery alongside more traditional pieces. They asked the decorator Eugène Grasset to design the new pieces. Grasset, who was the author of the famous vignette on Larousse dictionaries: "Je sème à tous vents", had trained as a sculptor, designed furniture, posters, stained-glass windows and ceramics and made a name as an illustrator.
This brooch is a perfect example of decorative jewellery, with its clear, vigorous design inspired by the Japanese art then in vogue. The title of the work, "Apparitions", intensifies the strangeness of the piece which contemporaries regarded as "fatal".
The gold and ivory of the flesh and the blue and yellow enamel of the hair accentuate the strangeness of the faces emerging from waves or clouds against a sky of changing enamel, studded with topazes. The half-closed eyes of the female face in the foreground were once gilded, as they still are on other examples of the piece, and the lips were red.