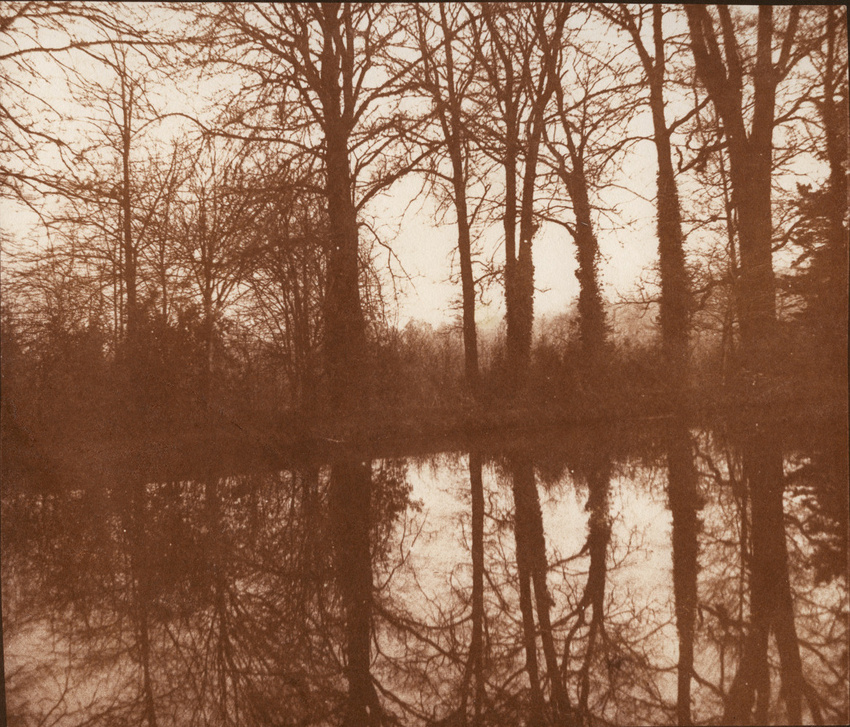 William Henry Fox Talbot is, with Daguerre, one of the inventors of photography. But it was his process that went on to a great future as he introduced the principle of the paper negative, thus enabling the positive image to be reproduced. Talbot was not only a pioneer in photography: he also had an "eye" for it, particularly for landscapes.
Trees Reflected in the Water reveals a great precociousness, and marks the high point of Talbot's landscape images. Like other photographers, he allowed the spectacle of nature to take over, rather than limiting himself to a description of a particular site. So, Talbot applied himself to conveying the atmosphere. He concentrated on the quivering of the air or the play of light on the surface of water, as his negative could not yet capture the movement of the sky. The technical limitations of the early photographic processes led to a novel view of the landscape, more simplified and as if flattened. This certainly had an impact on landscape painters, in particular on the Impressionists. Painting in the open air, they never thought that they would owe anything to a photographic vision. Nevertheless they were born in the same era as photography and learnt the lesson that photography, too, brought with it: that of capturing a fleeting view now dictated by the eye and no longer by the spirit.