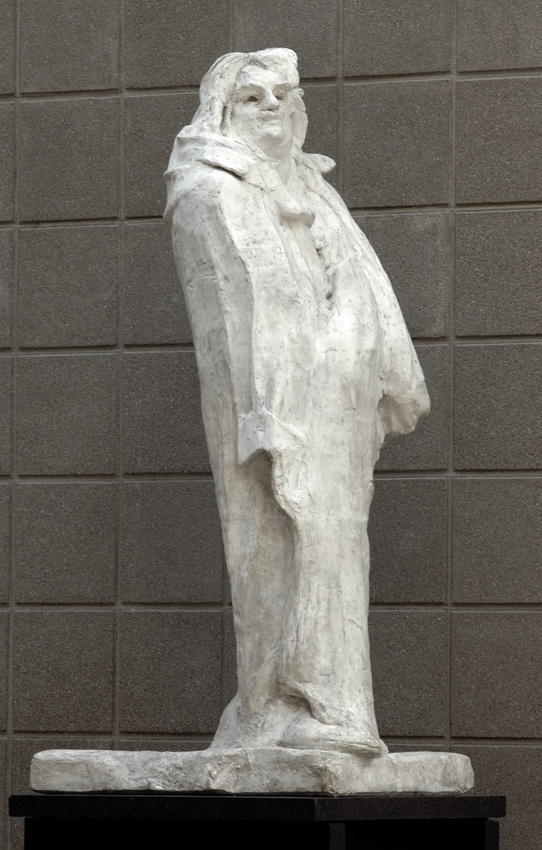 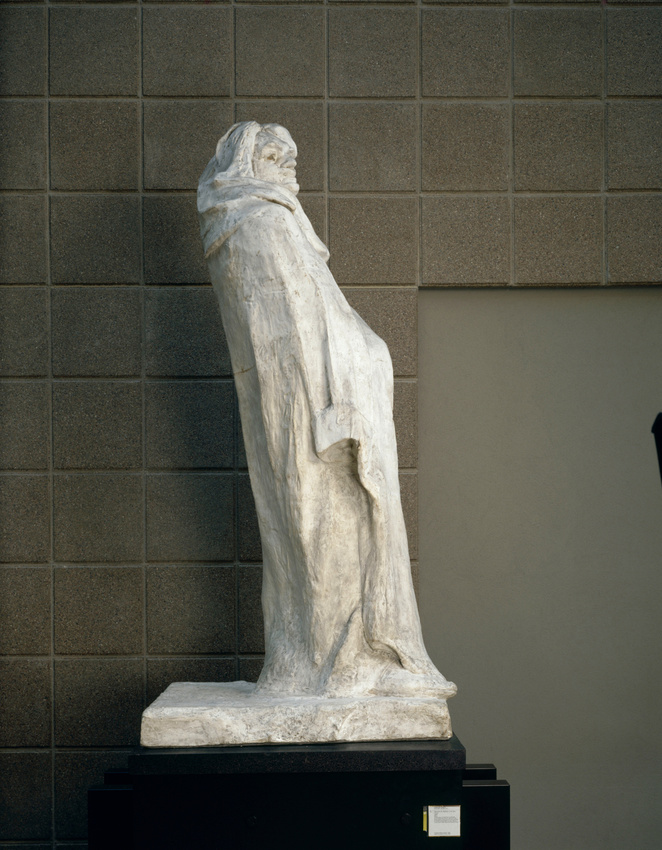 In 1891, Zola, the newly elected president of the Société des Gens de Lettres, chose Rodin to create the monument to Balzac, almost half a century after the writer's death. The sculptor embarked on an extensive campaign of research: talking to scholars and specialists, travelling to Touraine where he studied regional physical types, and consulting texts by and about the author, searching everywhere for evidence of Balzac's characteristics.
There then followed four long years of gestation. He hesitated over the clothing, before working on various nude poses.
He finally found the structure for the figure in 1895, and shifted his focus to the drapery. According to the sculptor Pompon, Rodin "soaked his dressing gown in a large basin of plaster, and dressed his statue in it". The clothing became increasingly simplified. The fabric was filled out, amplifying the form: Rodin wanted a figure whose dramatic élan would sweep upwards into the sky; he created an almost abstract symbol of the author's power. Only the head remains visible, dominating a body that arches backwards. He created movement in the hair. "In this powerful statue, its body trembling in the folds of the robe, sleeves empty, Balzac stands with his huge head thrown back, alert like a wild animal, drinking in with eyes, nostrils, lips, and scenting the swirling rumour, the fever of the human comedy." (André Fontainas).
When the plaster was exhibited at the 1898 Salon the critics went wild, pouring scorn on the formless block. They compared it to a toad in a sack, a statue still wrapped, a block of salt caught in a shower. They nicknamed it the menhir, the snowman. The Société refused to accept this work that broke with all the traditional conventions for a commemorative monument, and that ignored the requirement for a realistic portrait. And so Rodin kept the statue, returned the money, and refused all offers to buy it. It was not until 1939 that a bronze cast was erected in Paris, on the boulevard Raspail.