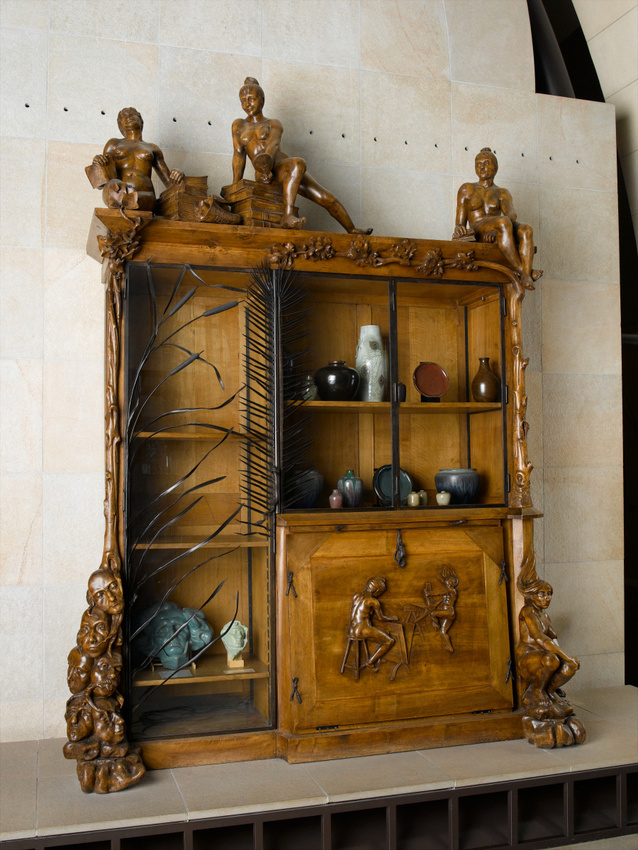 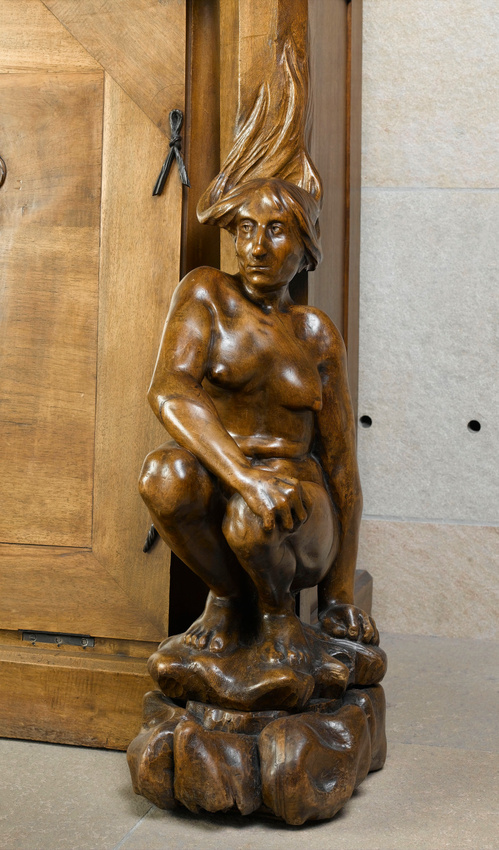 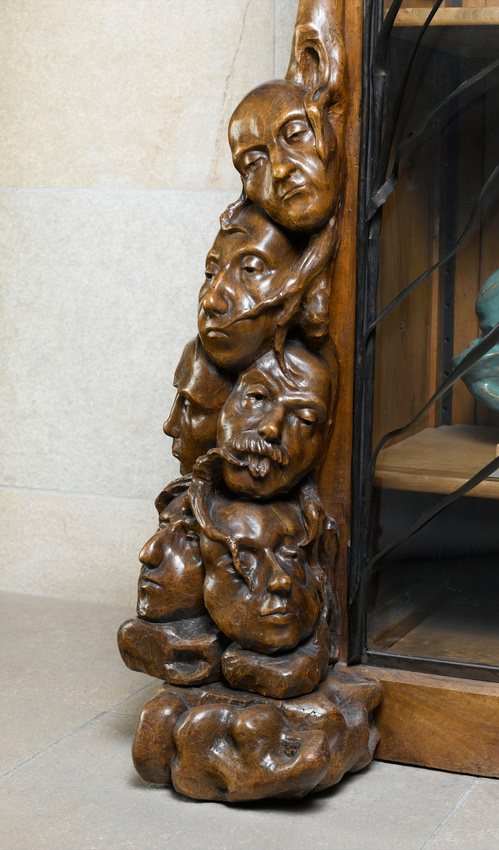 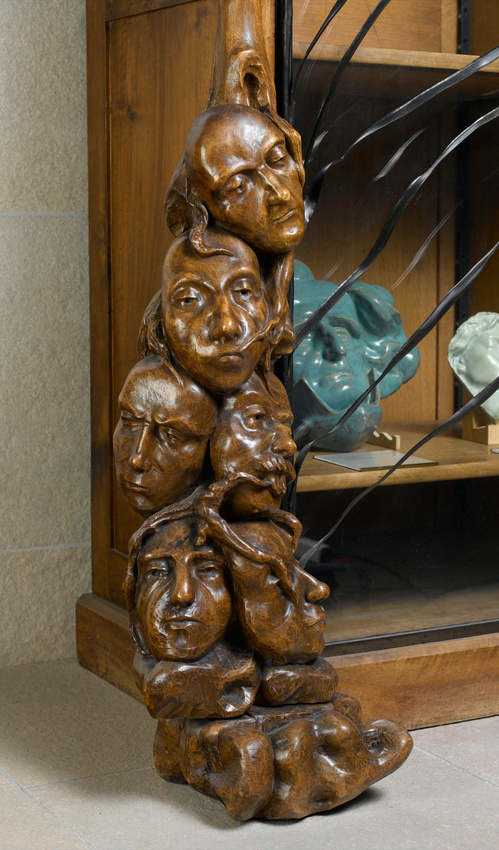 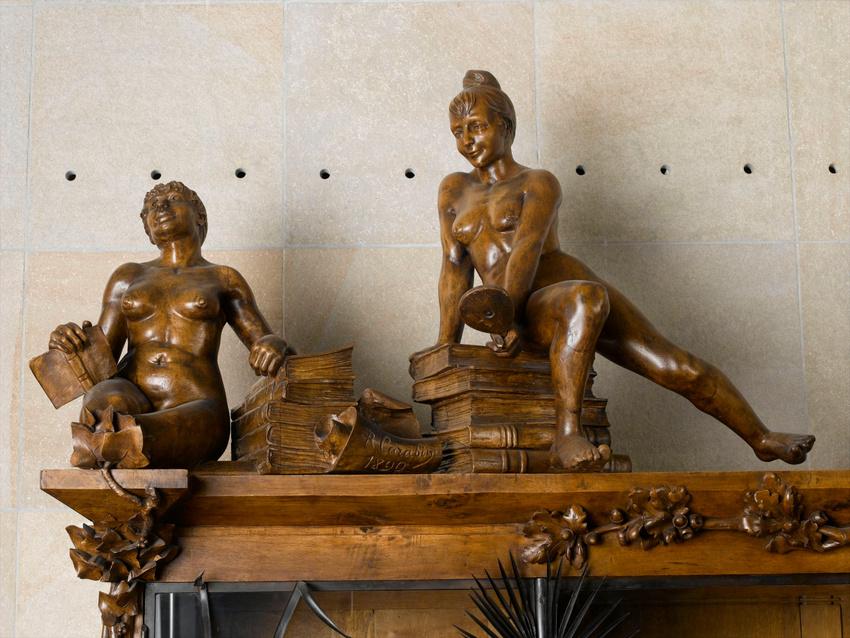 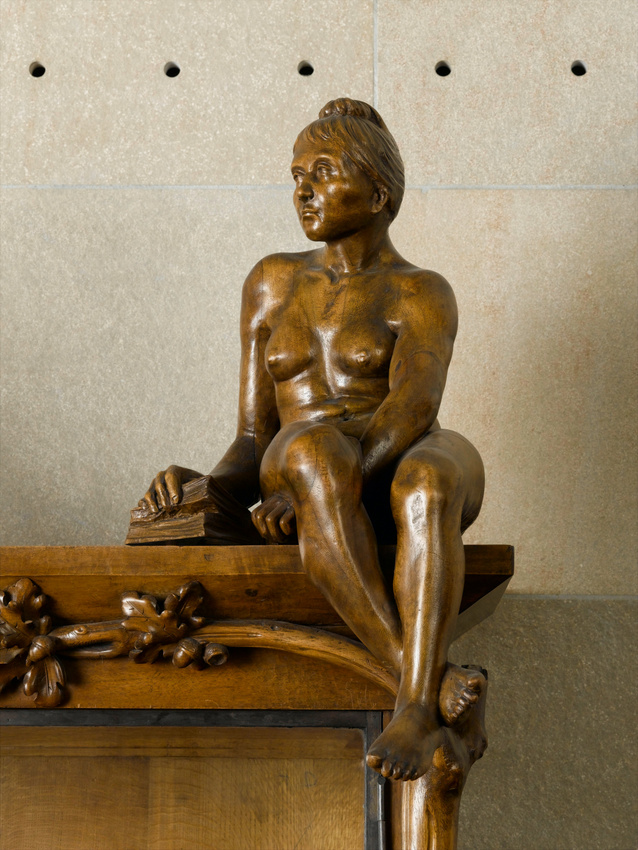 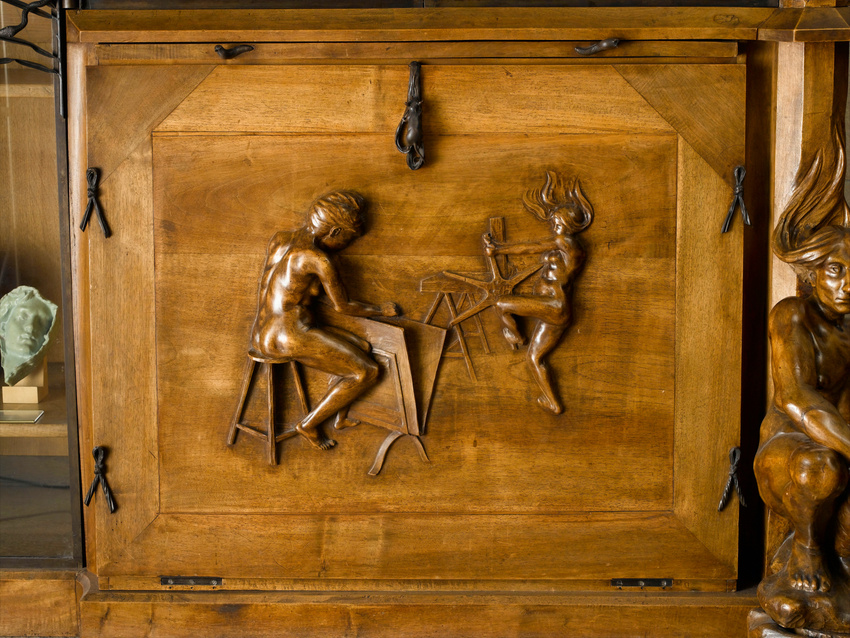 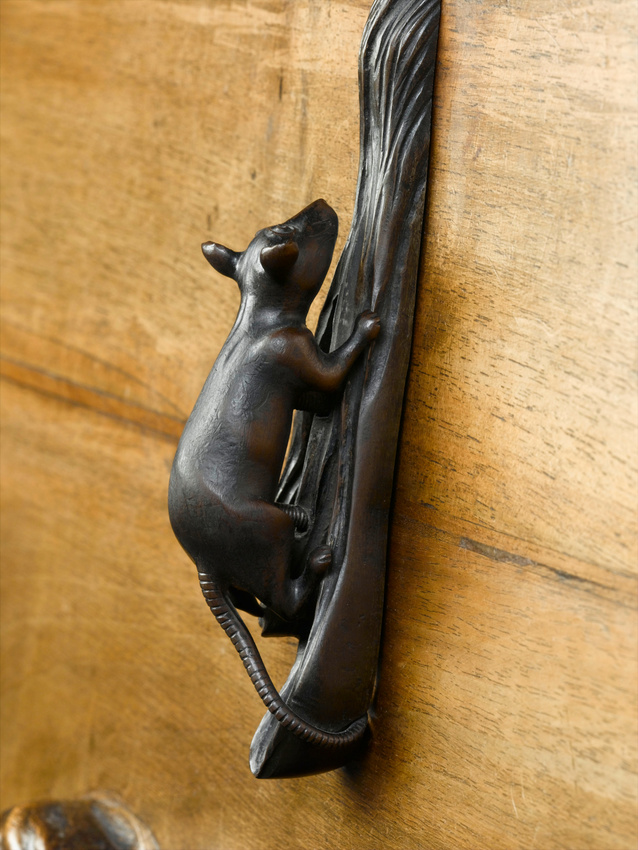 The important role of sculptors - Carriès, Dampt, Charpentier, etc. - in the revival of the decorative arts at the end of the 19th century is well known. Carabin led the way with this bookcase, which may also have prompted a number of late nineteenth century artists to renew their interest in woodcarving.
We know the evolution of this piece of furniture through handwritten notes that the artist compiled in 1915. The bookcase was commissioned early in 1889 by an art lover who was "not very wealthy but who was broad minded". Nevertheless, it took a lot of time and money to produce: "I worked for 11 months on this bookcase, and spent 3750 francs... starting with the principle of the cube (the natural step when working in wood) and an asymmetric design with lines linked by figures and ornaments inspired by nature. A wrought iron craftsman called Servat who had no knowledge of art but who was very skilled in his profession, made these admirable metal latches under my direction". So it really was a "master piece", in the sense used by artisans in the past, that Carabin proudly presented in his workshop for several days in March 1890. That same year the Salon des Indépendants rejected the bookcase "on the pretext that the following year people would be sending in chamber pots ". But in 1891, the decorative arts were finally admitted into an annual Salon, in this case the Société Nationale des Beaux-Arts Salon. Carabin's bookcase appeared amongst the works exhibited at this event.
The critic Gustave Geffroy explained the symbolism of the various figures that animate the bookcase: "At the bottom, the figures... are base characters, passions that are the enemies of intelligence, vanquished and enslaved by the Book. On one side is Ignorance... On the other, a stack of masks: Vanity, Greed, Intemperance, Anger, Folly, and Hypocrisy... The top of the bookcase brings together all its intellectual significance through three emblematic figures... A figure of Truth is in the centre... On the left and right, two figures represent Reading..."