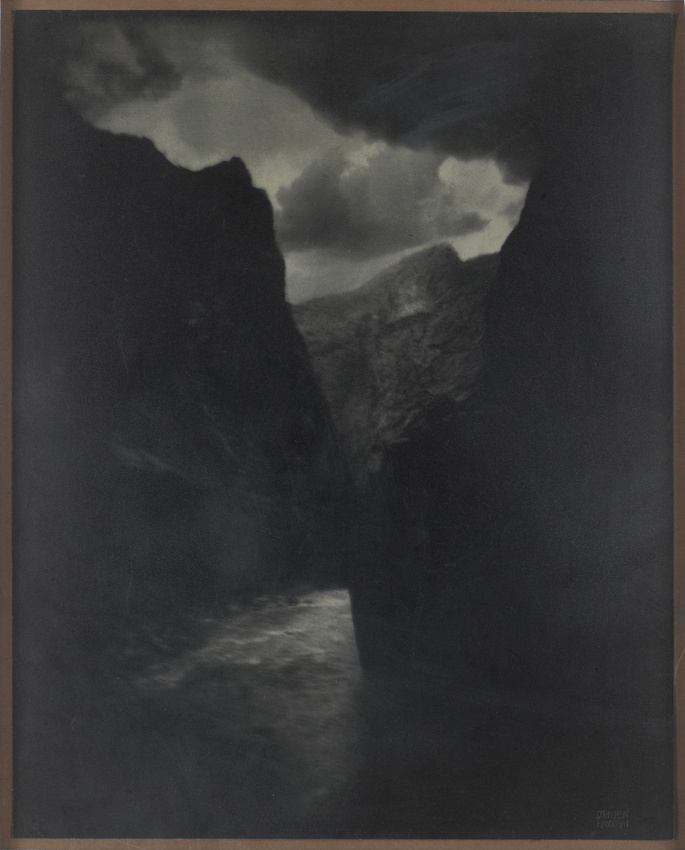 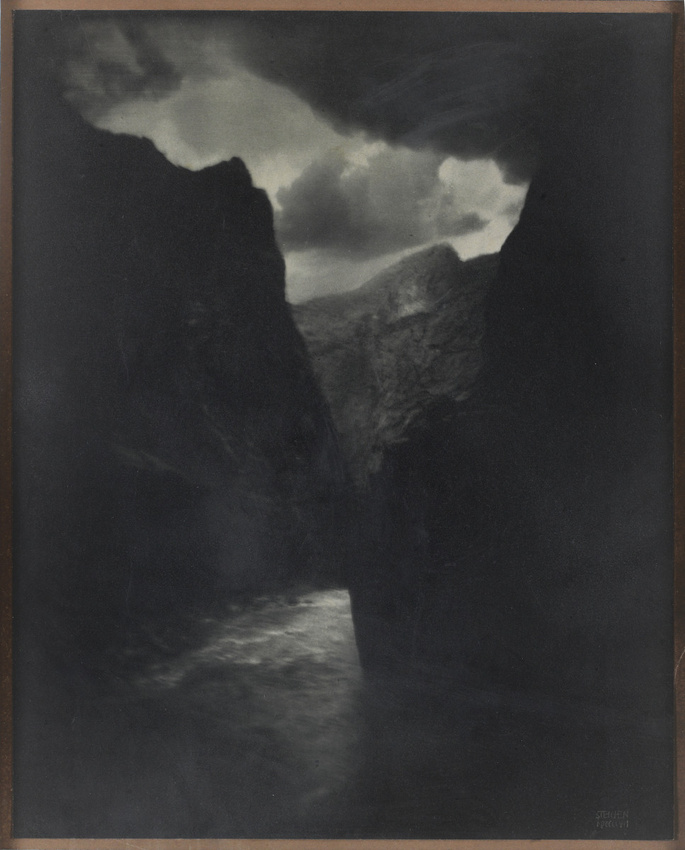 After organising the 1906 Photo-Secession exhibition in New York, Edward Steichen decided to give up his career as a successful portrait painter and go to Paris. Before leaving, he undertook a solo trip from Nebraska to New Mexico, passing through Colorado, a popular destination at that time and, as such, not much favoured by the New York avant-garde.
Impressed by the grandeur and majesty of the Rocky Mountains, the discovery of these landscapes was for him a metaphysical experience, which he described thus to Alfred Stieglitz, leader of American Pictorialism: “One of the greatest things I have experienced – not so much from a pictorial standpoint [as from] the bigger standpoint of life... I don't know which impressed me most – the prairie or the mountains – one bigger than the other – together forming a boundless whole... Somehow, since I have been west I almost regret going to Paris – or Europe. I tell you one builds up a big wholesome respect and appreciation for those early settlers – My God what men & women they must have been.”
Steichen chose not to take the obvious shot of the bridge that spans the Grand Canyon in Arkansas, the one crowds of tourists rush to take, and presents an almost abstract view of this Black Canyon, where the daylight struggles to penetrate.
Inspired since his youth by the Symbolist resonance of the works of Eugène Carrière and James Abbott Whistler, and himself a master of the night shot, Steichen could not fail to be captivated by this gorge with its jagged, menacing forms. At a time when Japonism was at its height, he too incorporated it into the formal construction of his photographic idiom: the dark rocky mass, the raging waters and the stormy clouds are assembled like pieces of a jigsaw on a flat surface. The river in the foreground takes the viewer’s eye to a vanishing point at the centre of the image before it is drawn up to that opening in the heavens. Water, rock, sky: the geography of the American West is reduced to its fundamental elements.