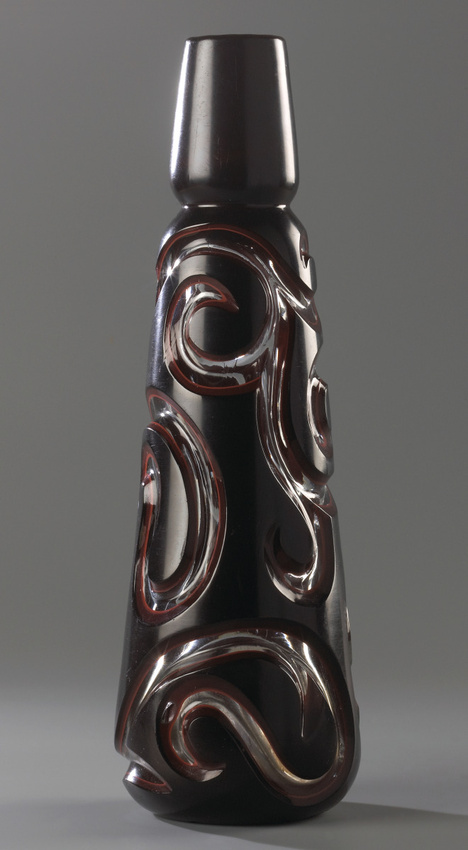 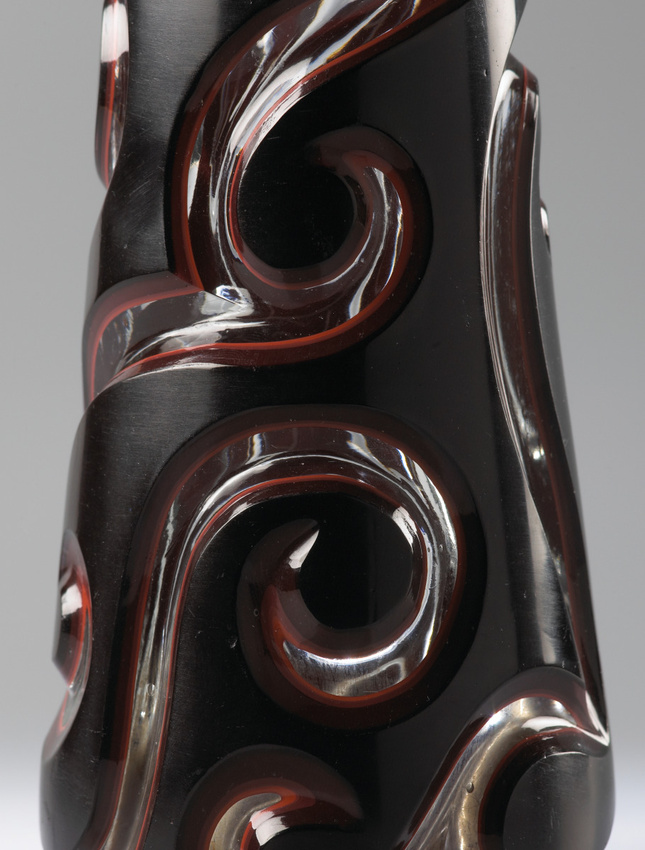 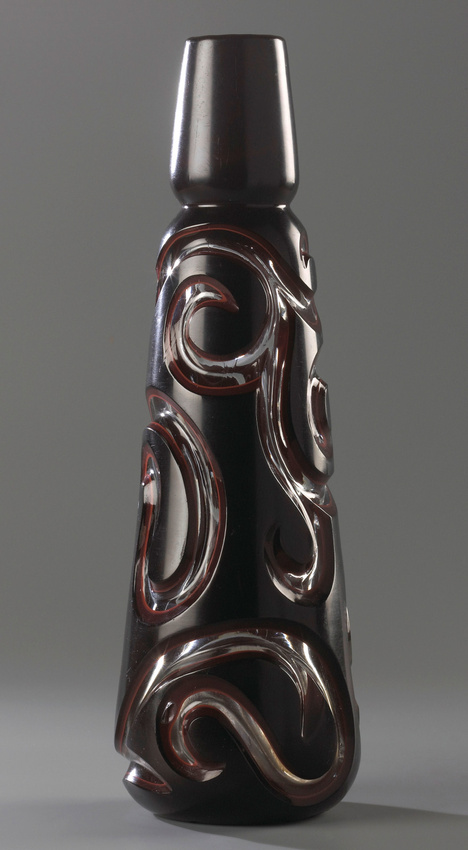 This vase features in the album of models registered with the Conciliation Board (Conseil des Prud'hommes) in Nancy by Gallé on 14 May 1895, a year after the burning of his glassworks in Nancy, the construction of which had put an end to nearly thirty years of commuting between Nancy and Meisenthal.
The bottle is the first model in the series and the shape was later used as a base for other types of decoration. Its method of ornamentation, which Gallé called "creuse" (hollow) in the description of the models, consists of arabesques deeply grooved into a thick vitreous material. The material worked in this way could be colourless or, as here, a sumptuous ox-blood red verging on black. This effect was obtained by superimposing two layers of different intensities over a clear parison.
A work of this type reveals the way Gallé played with various sources of inspiration to arrive at a personal and highly original creation. Indeed, the shape is taken from the Far East while the arabesques reveal the influence of the Islamic arts. The reddish colour of the intermediate layer of glass, which forms a border where the top layer has shrunk slightly, is an allusion to the famous ox-blood red of Chinese ceramics which so fascinated French ceramists in the second half of the eighteenth century, many of whom strove to pierce the secrets of its manufacture. Lastly, the darkest layer rivals in intensity, brilliance and smoothness with the lacquers of the Far East.
The series must have been popular, to judge by the relatively large number of examples known today.