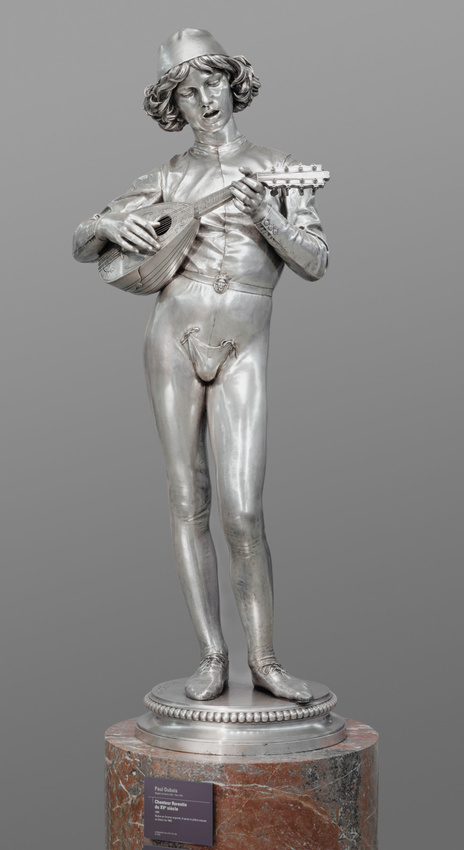 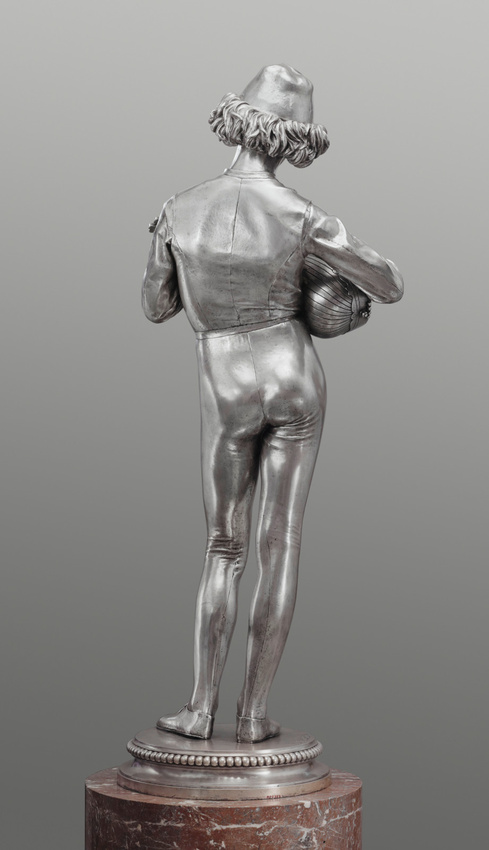 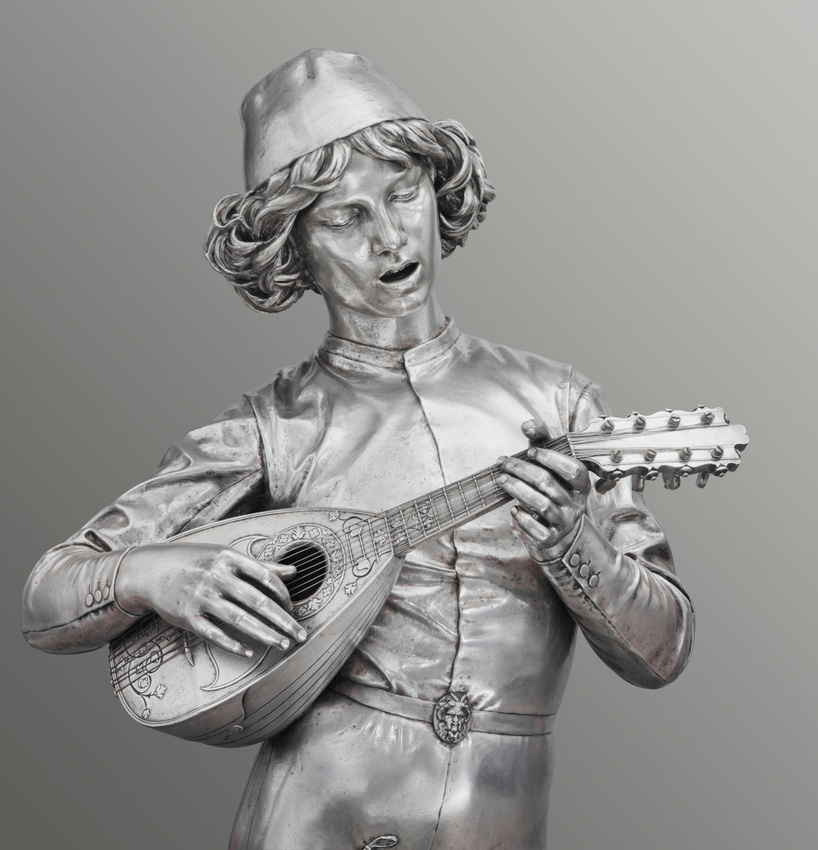 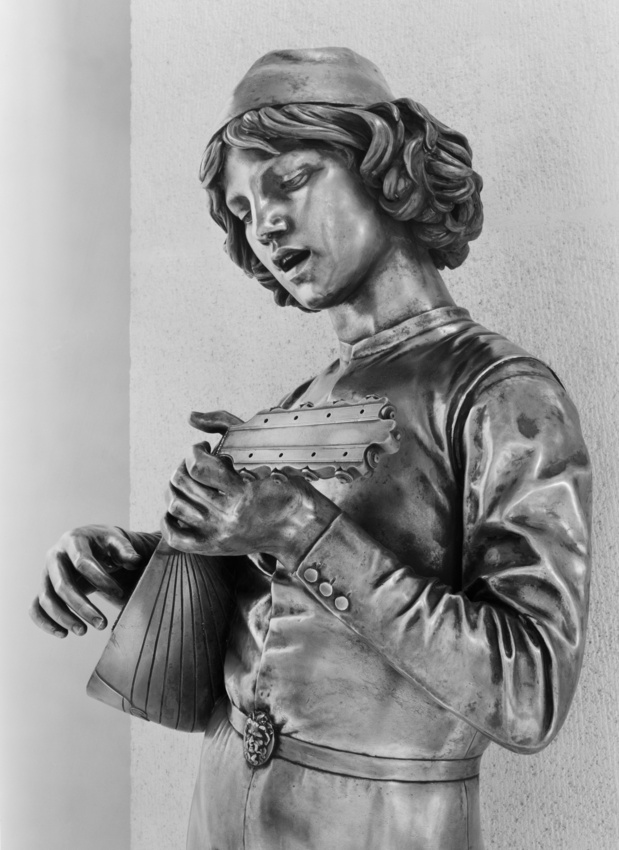 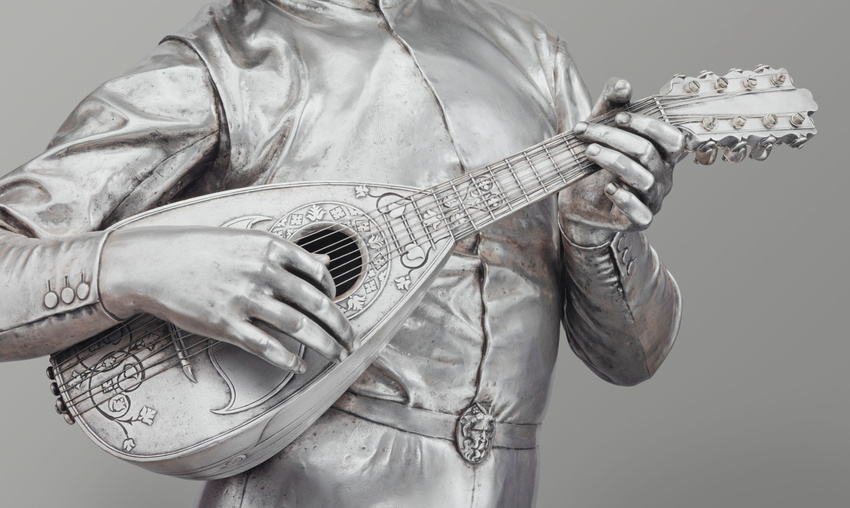 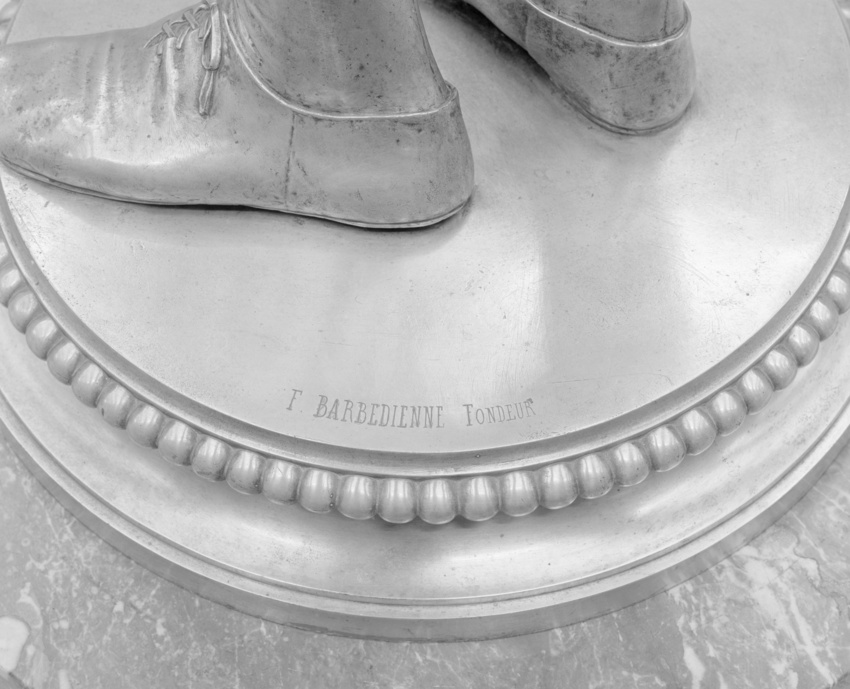 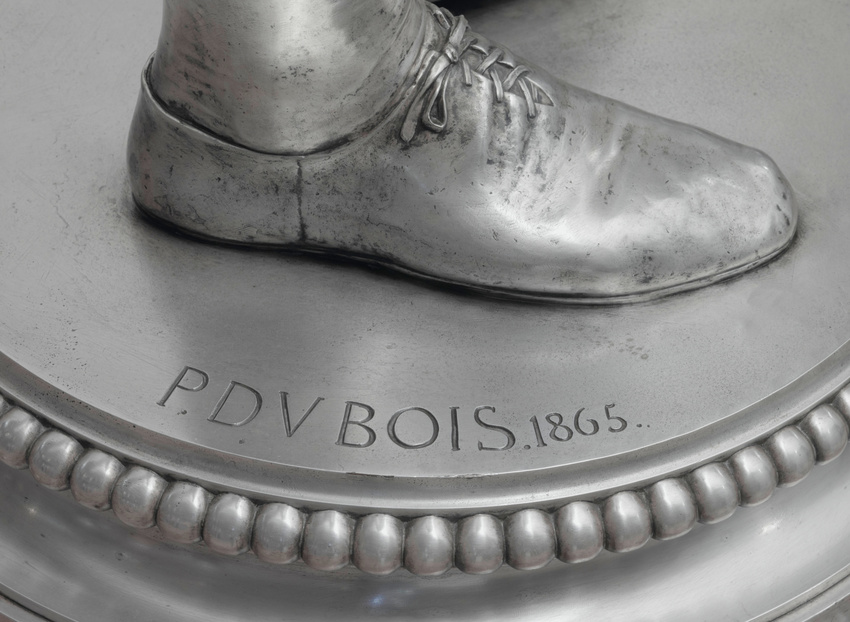 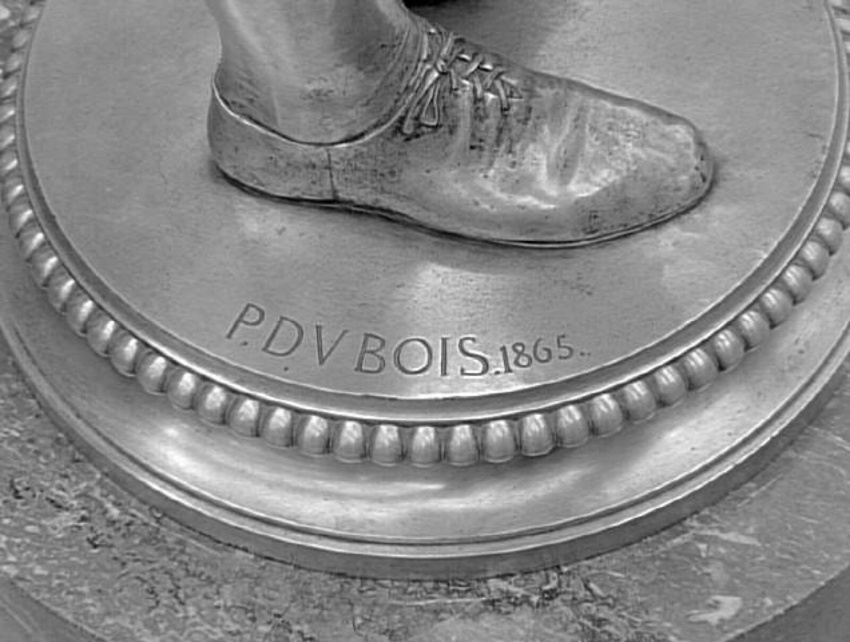 Strongly influenced by his stay in Italy, Paul Dubois enjoyed great success from the outset with refined works inspired by the Italian Renaissance. In this vein, he modelled the Florentine Singer which won the medal of honour at the Salon of 1865. It was immensely popular, one of the most admired statues of the time, and was sold in various sizes by the great firm of Barbedienne for nearly a century..
The lad's slender, elegant silhouette and long, smooth legs contrast with the extraordinarily precise detailing of the clothing and accessories: shoe laces, folds in his hose at the knees, cuff buttons, the cords and keys of the instrument, the curly hair. A slightly archaic feeling is combined with flawless, fine execution. The silvering of the bronze accentuates the preciousness of the work, which is on the borderline between sculpture and gold work..
The first copy was bought by Princess Mathilde, who held one of the most brilliant artistic and literary salons of the Second Empire.