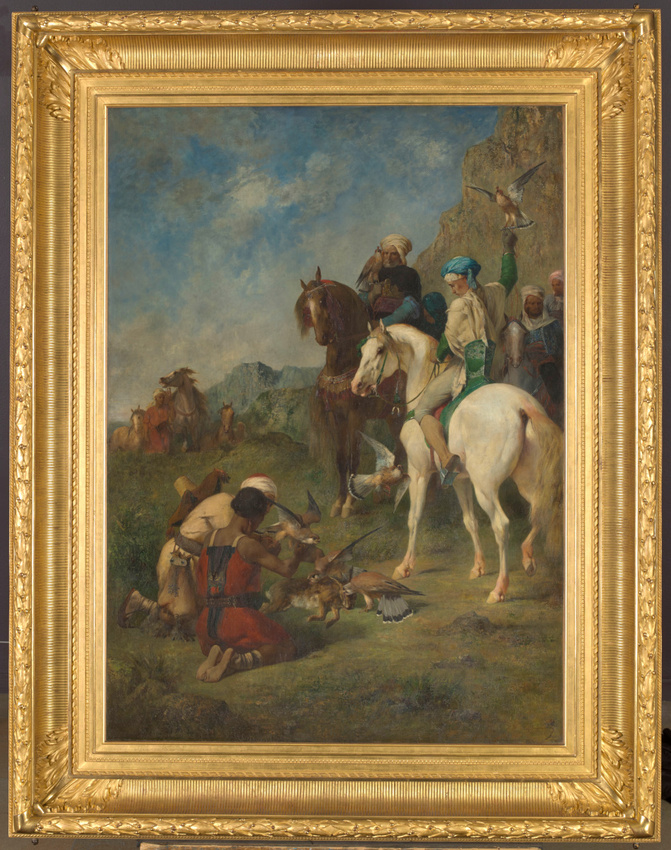 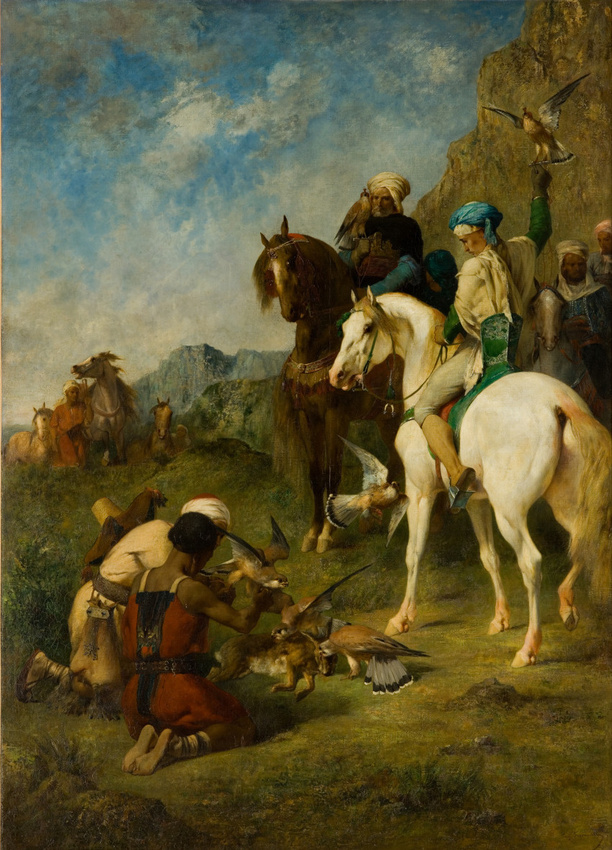 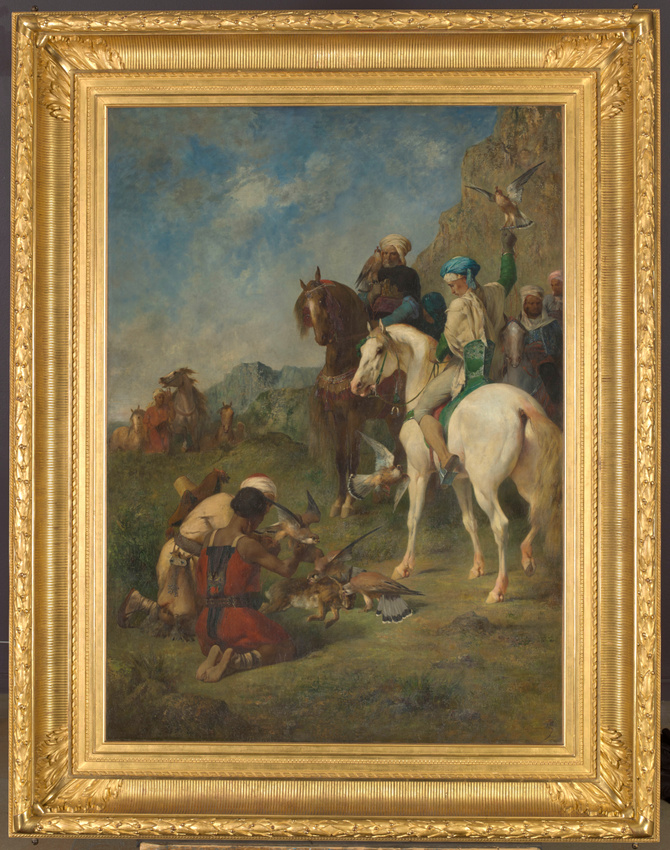 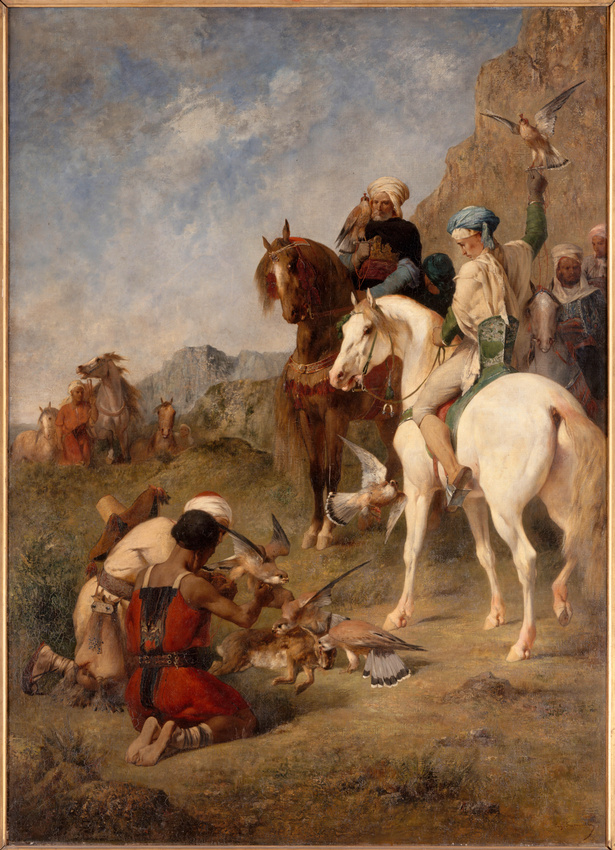 Although from 1846 Eugène Fromentin carried on the tradition of travels to North Africa instituted by Eugène Delacroix, for him the discovery of exotic lands meant Algeria, where he went several times. Fascinated by what he found there, he brought back not only his travel accounts: Un été dans le Sahara in 1856 or Une année dans le Sahel, two years later, but also some fine pieces of painting including Falconry in Algeria: the Spoils, no doubt the most famous and best known of his works at the time.
Of all the motifs he found in Algeria, falconry is certainly his favourite. Here he has shown the spoils: two proud, noble riders are watching their servants plucking from the falcons' talons the hare they have just killed. The work shows not only Delacroix's influence in the subject matter and use of soft colours and a warm light, but also Ingres' touch in the precise drawing of the horses and riders.
Fromentin's painting, although it belongs to the Romantic Orientalist tradition; is not trying for exact picturesque detail. It offers us an idealised and rather nostalgic image from the past, the medieval era in particular, as is confirmed by a comment made by the critic Paul de Saint-Victor in 1863 when the painting was exhibited at the Salon: "The grand air of the horsemen, their dazzling costumes and noble steeds indicate great African lords. Falconry is indeed the privilege of the Algerian aristocracy [...]. It must be a divine pleasure to ride through plains and valleys carrying this winged vassal on one's glove. One is the master of the land and the air..."