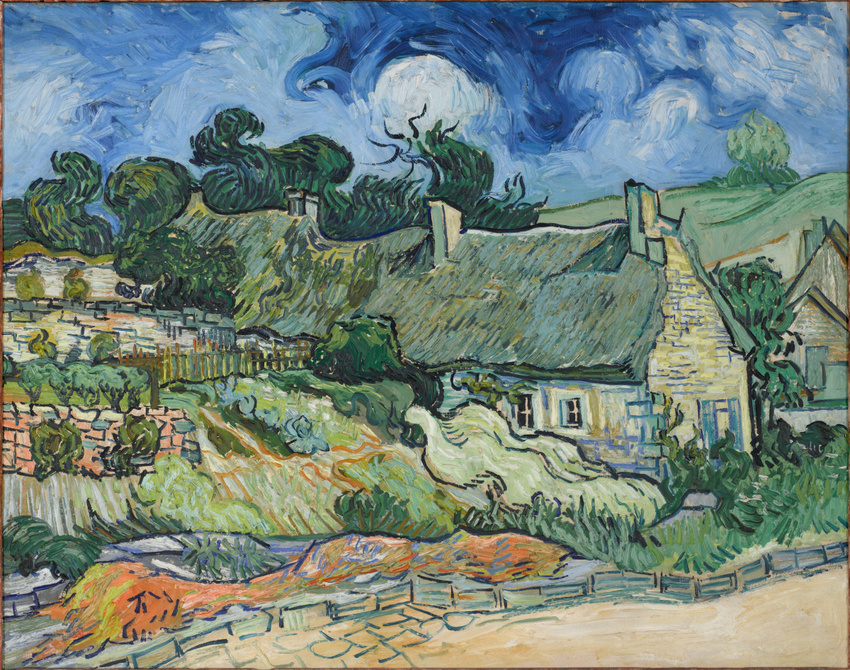 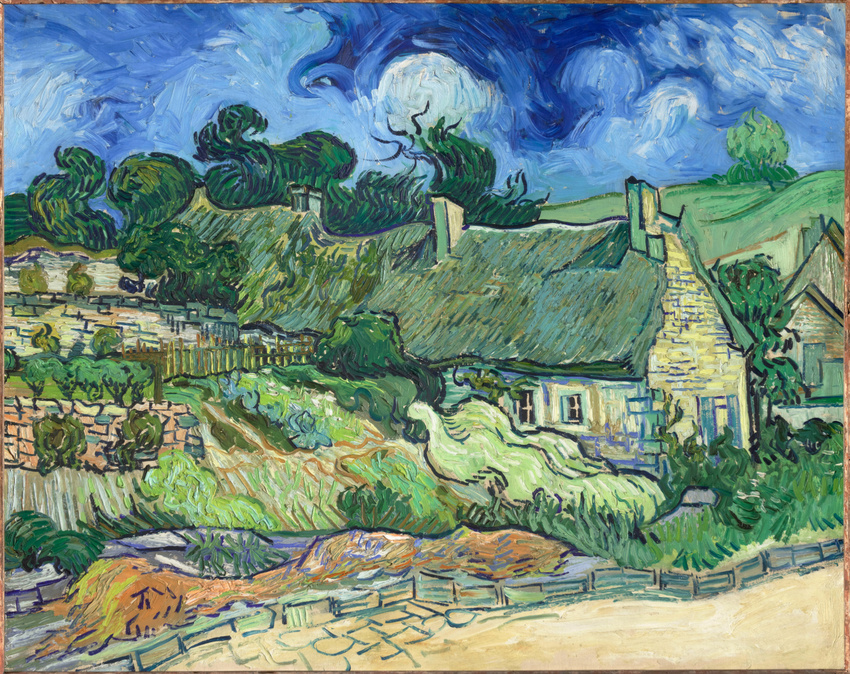 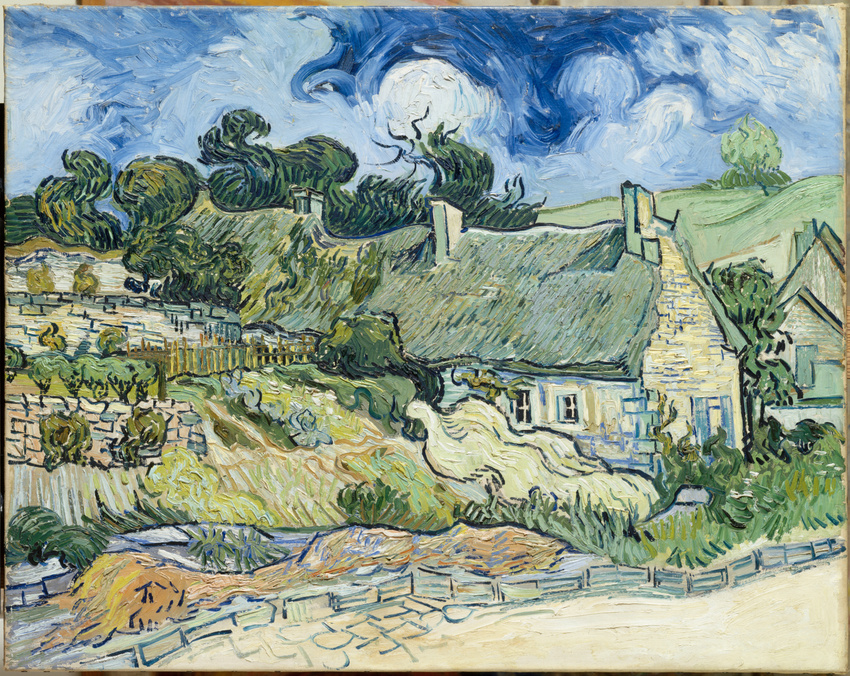 This picture was painted during the artist's most frenetic creative period, a few weeks before his tragic death. Van Gogh had left Provence in May 1890, at the end of his voluntary stay at the asylum in Saint-Rémy. He moved to Auvers-sur-Oise, north of Paris. On 10 June, he wrote to his brother Theo that "he was doing two studies of houses out in the countryside". Corot, Daubigny, Pissarro and Cézanne had already evoked the peaceful charm of Auvers. Van Gogh would transform it into a volcanic land where the houses seem to have been twisted by an earthquake.
Here the painter subjects the landscape to a veritable transmutation driven by psychic forces. The peaceful thatched cottages, which can still be seen in old photographs, seem to have been lifted by some powerful telluric force that has dilated them. The wild, swirling design makes the roof undulate, sends the tree branches up in spirals, transforms the clouds into arabesques... Moreover, the image is worked in thick impasto with real furrows gouged into the paint.
It is clear that this artist is not overwhelmed as the Romantics were by the awe-inspiring landscape. On the contrary, it is he who torments and inflames the lowliest hovel and the smallest cypress tree. Just as in Starry Night (New York, MoMA) from 1889, all the elements in the landscape unite in distorting their contours and give the whole scene a supernatural air.