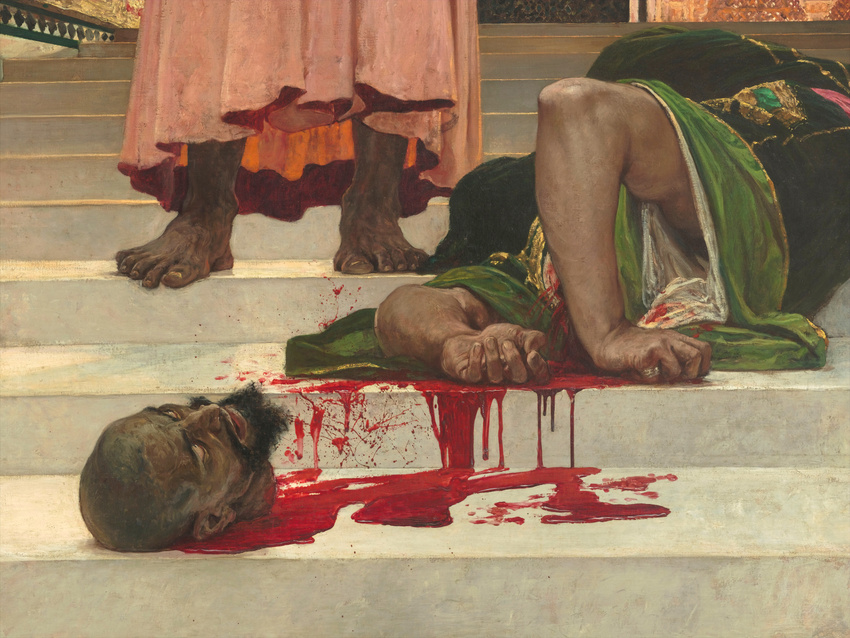 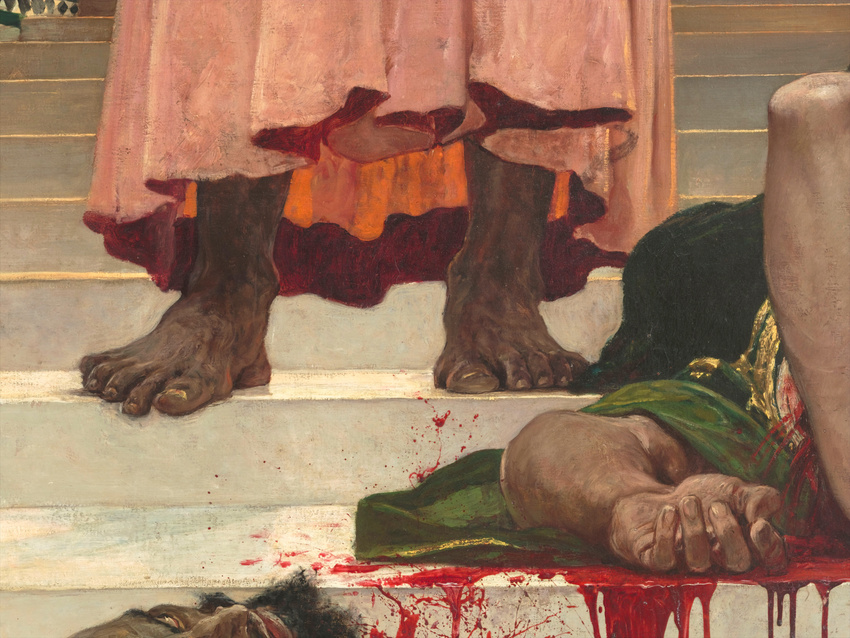 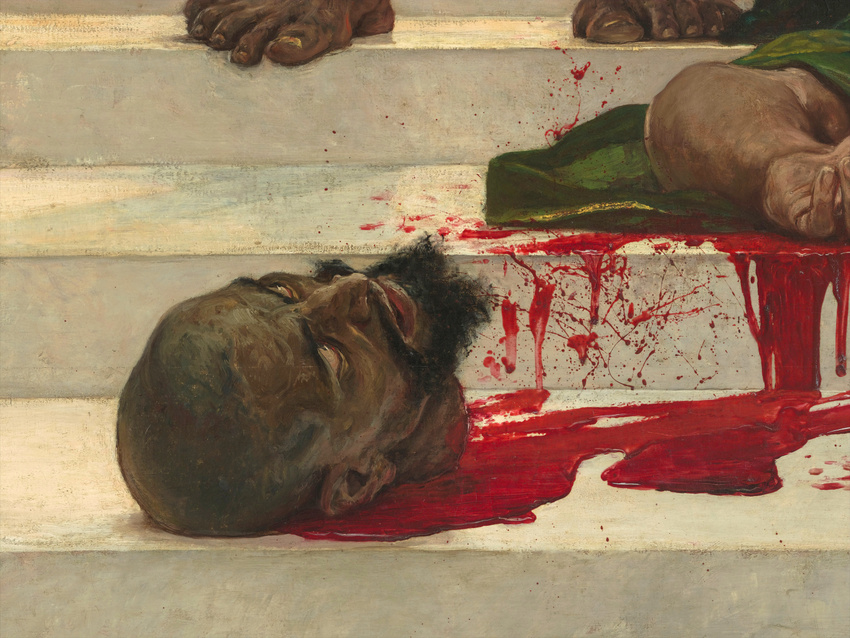 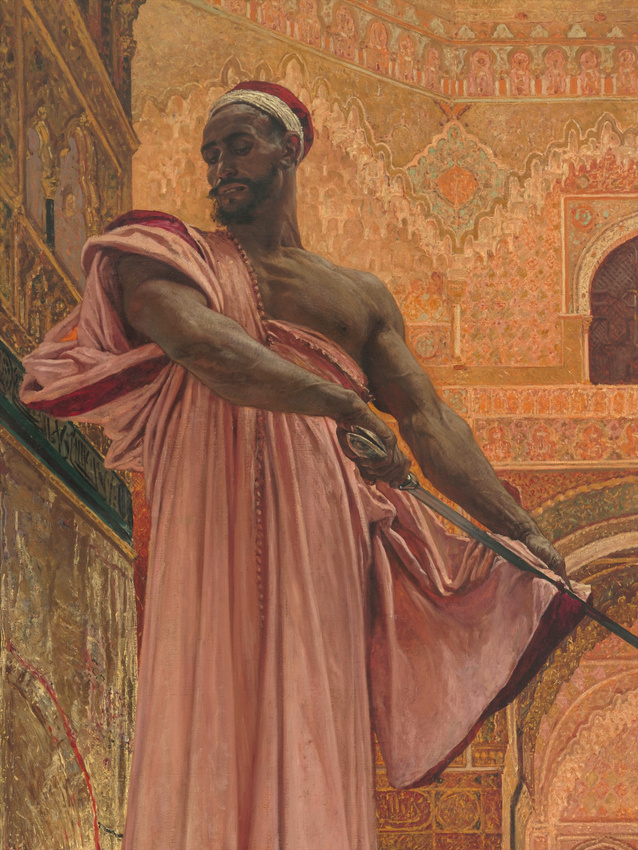 Henri Regnault was born in Paris in 1843 and killed in 1871 in one of the last battles of the Franco-Prussian war. Yet the young man had already made a name for himself in the Paris art scene. After winning the Prix de Rome in 1868, he was the first not to spend the three compulsory years in the Italian capital that went with the prize but obtained permission to discover other cultures. He went to Spain, whence he sent to the Salon of 1869 the gigantic painting General Juan Prim, also in the Musee d'Orsay, then briefly to North Africa, bringing back a number of astonishing canvases, flooded with light.
Taking his inspiration from local legends, he painted this Summary Execution under the Moorish Kings of Grenada in 1870. Against an architectural background based on the Alhambra in Granada and infused with an orange glow, Regnault has painted a scene of decapitation. The low angle and vigorous rising composition give the main character an imposing presence.
The executioner's detached attitude and commonplace gesture contrast with the foreground in which the blood dripping down the steps joins the severed head to the body. The colours also take part in this opposition because the executioner's caftan, which picks up the orange tones of the background, contrasts with the victim's green and black clothing.
The painting was acclaimed by the critics and bought by the State from Regnault's heirs, in 1872, to honour the artist's memory in the Musée du Luxembourg, Paris.