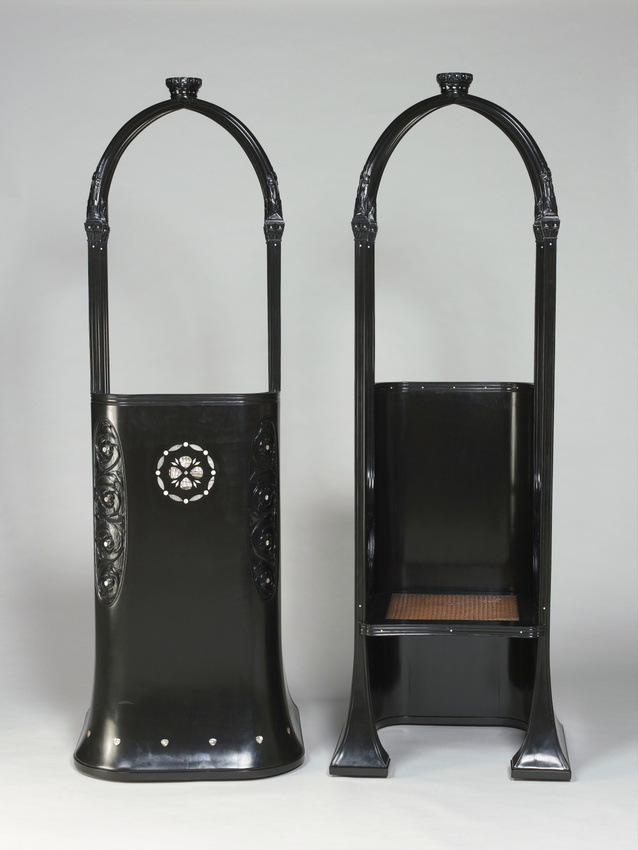 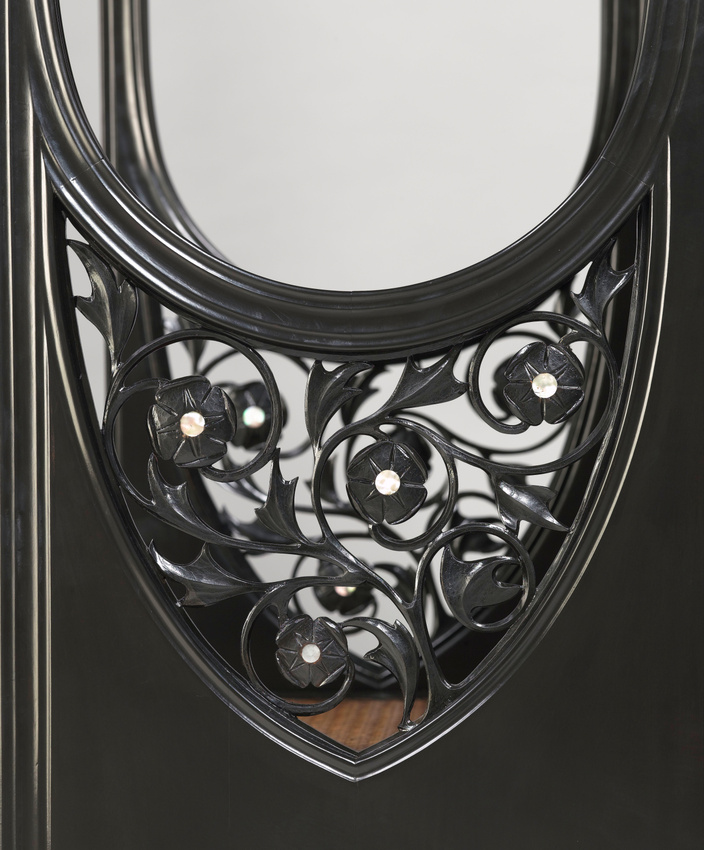 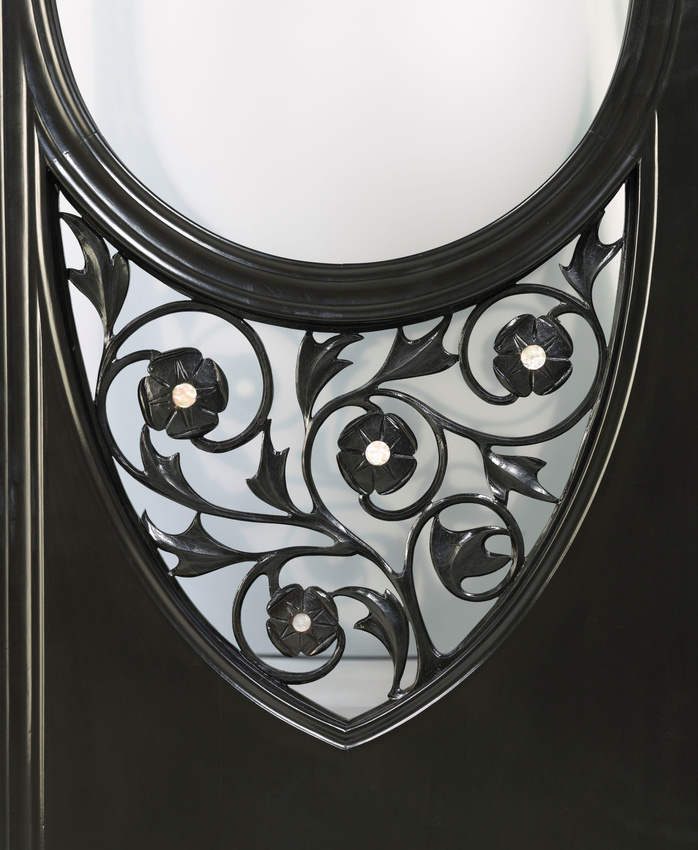 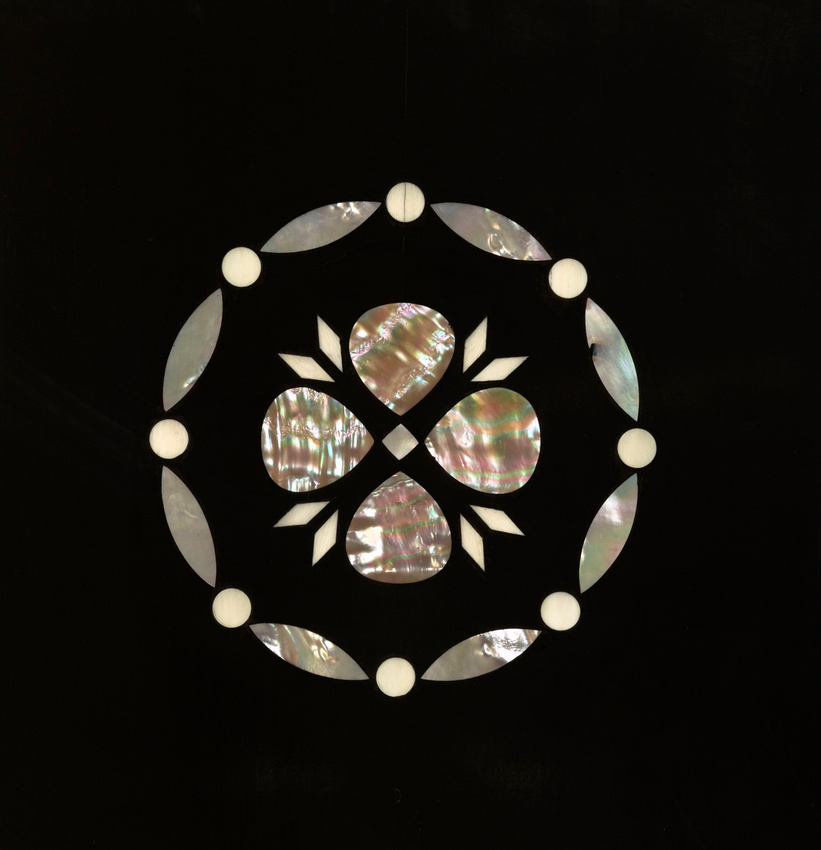 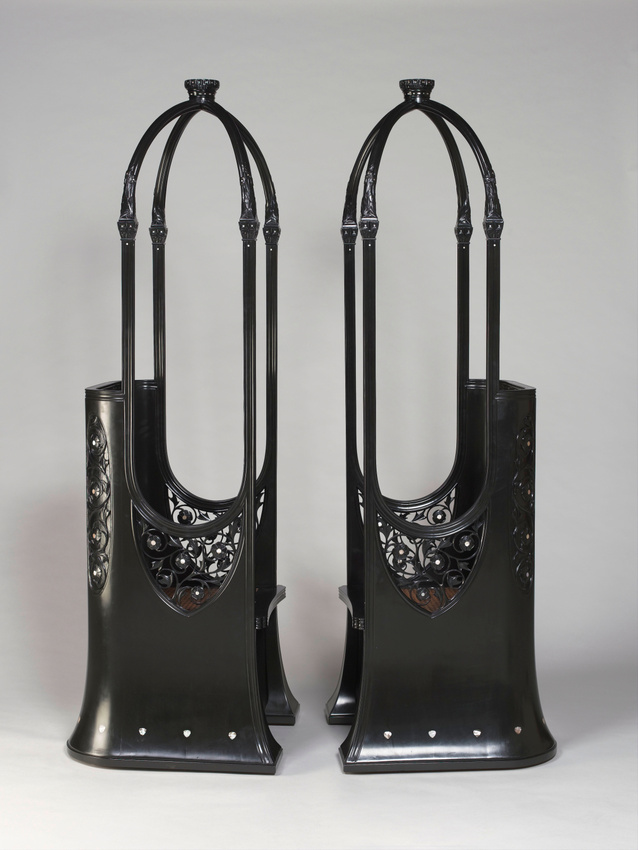 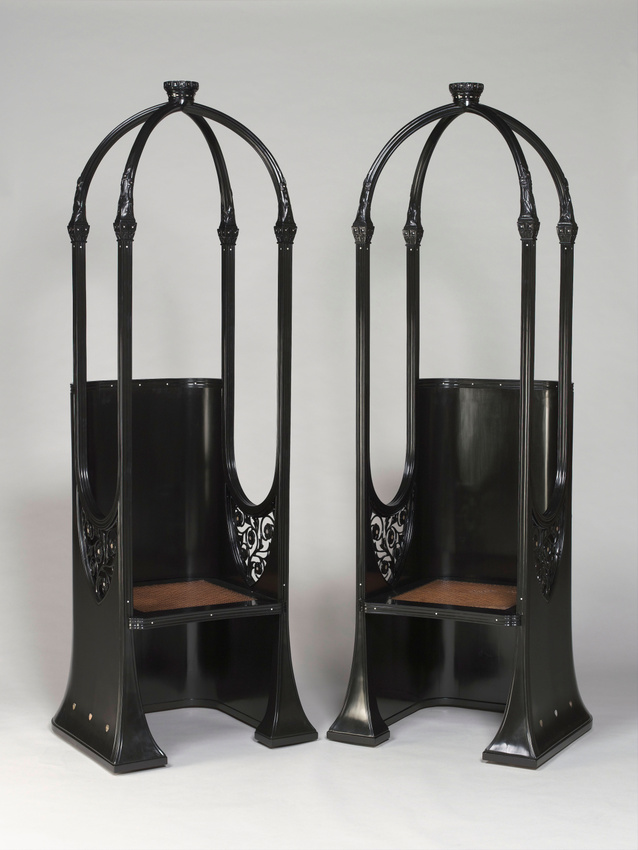 This ceremonial chair, as well as a second identical example kept at the Musée d'Orsay, was commissioned from the English architect Baillie Scott by Hans Bacmeister, then a director at the Opera in Dresden. The pair of seats was destined for important guests to the theatre.
When he left Dresden for Berlin to pursue his work in the theatre until 1930, Bacmeister took them with him. Later his daughter, Hella Tulman-Bacmeister, inherited them and took them with her when she moved to Paris in the late 1930s when Nazism was on the rise.
From a stylistic point of view, this piece is of great interest. It is representative, firstly, of the direction of certain trends within Art Nouveau, and secondly, of the exchanges being established between the major centres of this movement.
Black furniture was mainly produced by the creative artists from the Arts and Crafts movement, like Baillie Scott. It was also found in the work of those artists creating geometric, rectilinear forms, emphasising the orthogonal structure of the piece of furniture and the contrast of spaces and solid areas (Charles Rennie Mackintosh in Scotland, Josef Hoffmann and Koloman Moser in Vienna).
The Neo-Gothic heritage is very evident in the arrangement of the small columns producing an ogival profile on the upper part, and in the carvings on the side panels. This influence is combined with the characteristics of the furniture designed by the masters from Munich and Darmstadt (Richard Riemerschmid, Peter Behrens, Joseph Maria Olbrich), specifically the curved contours at the base of the chair, which straighten as they sweep upwards, like a tree trunk coming up out of the ground.
As for the mother of pearl rose adorning the seat back, it is a signature feature of Baillie Scott, who uses it in many variations on a number of his models. A major figure in the Arts and Crafts movement, Baillie Scott illustrates with this chair the exchanges that were developing between Britain and Germany at the turn of the century.