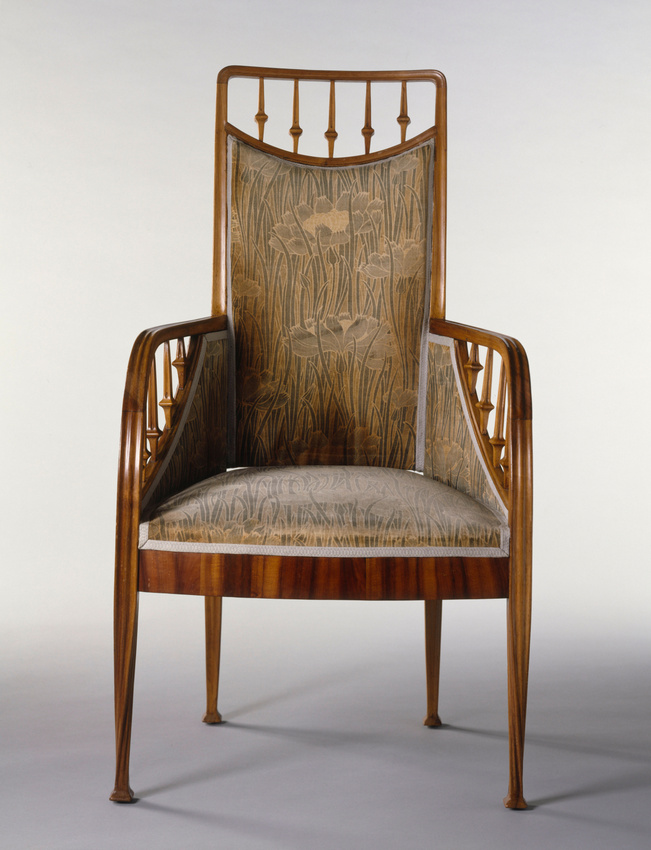 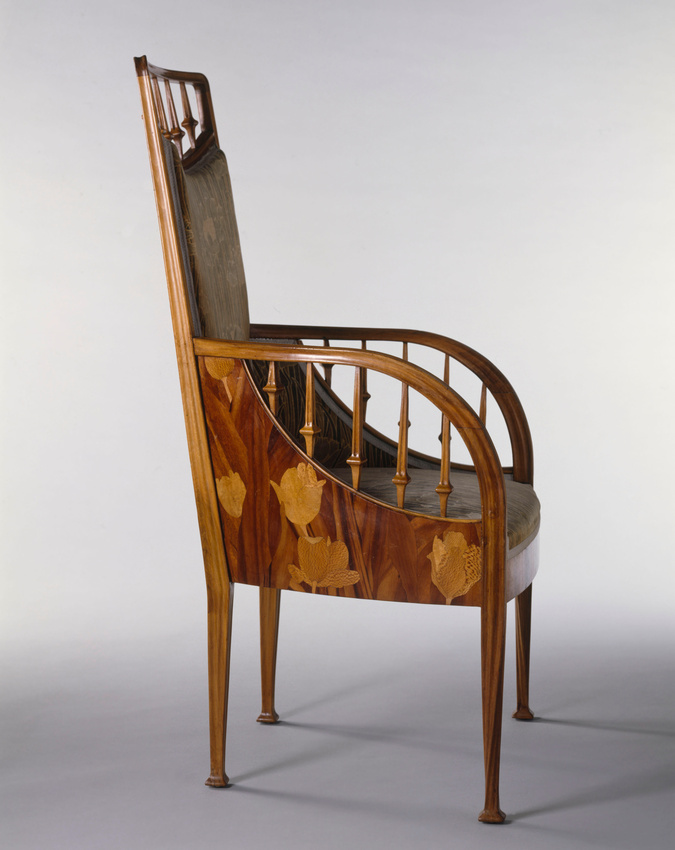 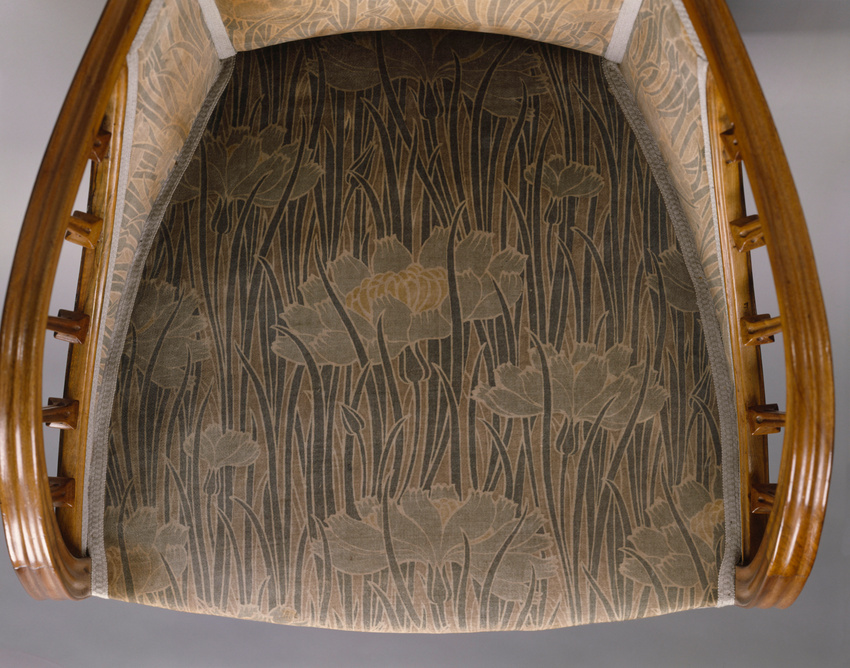 Around 1894, Louis Majorelle changed direction and began producing "modern" furniture. Until then, Majorelle's workshops had specialised in luxury furniture in an essentially neo-Rococo and neo-Louis XVI style, and in lacquered furniture showing Sino-Japanese influences. But under the decisive influence of Emile Gallé, Majorelle moved towards Naturalism in the mid 1890s. However, unlike Gallé, he soon revealed a desire to limit the role of nature in the design of a piece of furniture.
This armchair design is particularly representative of the moment when Majorelle moved away from Gallé's example. The use of marquetry on a plant theme clearly reveals a vestige of Gallé's influence. In this piece, tulip motifs cover the surface of the side panels.
However, the frame and the struts have no accurate designs from nature at all. The spindles decorating the back and supporting the armrests could be interpreted as a refined stylisation of poppy seedpods, but the legs, lightly twisted, only recall the plant world in their suppleness and their liveliness.
The original upholstery is typical of Parisian floral Art Nouveau influenced by English designs. This fabric could have been produced by the company that came out of a partnership between Sauvage, an industrialist from Rouen, and Jolly, a dyer from Nancy, a company with which Majorelle maintained professional relationship from 1899. We should remember that it was to Sauvage's son, Henri (1873-1932), that Majorelle entrusted in 1898 the design and construction of a sumptuous villa, the first Art Nouveau residence in Nancy.