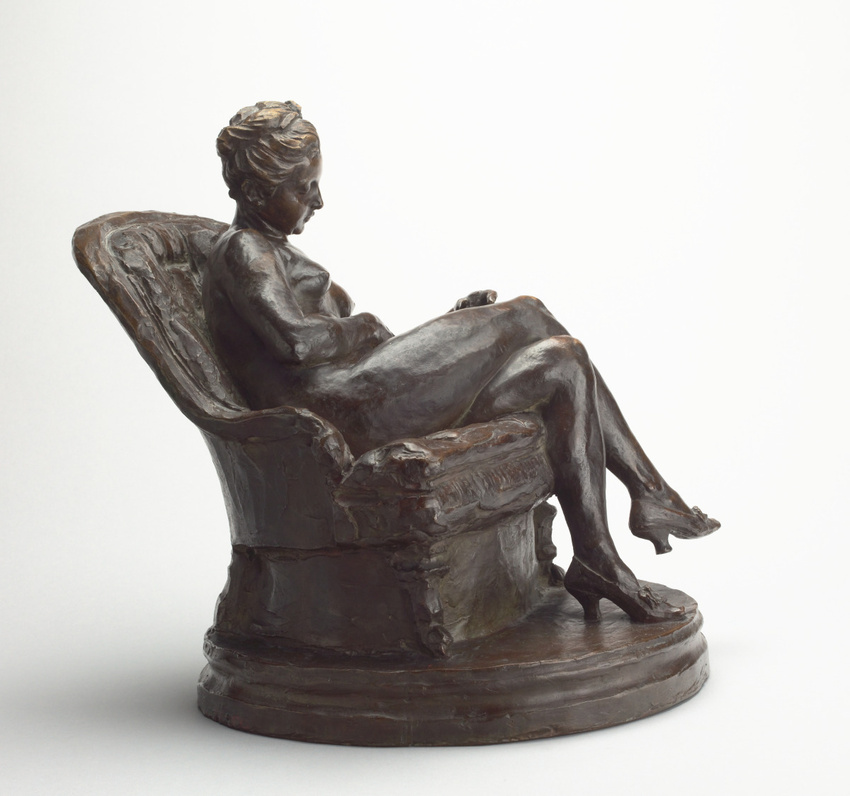 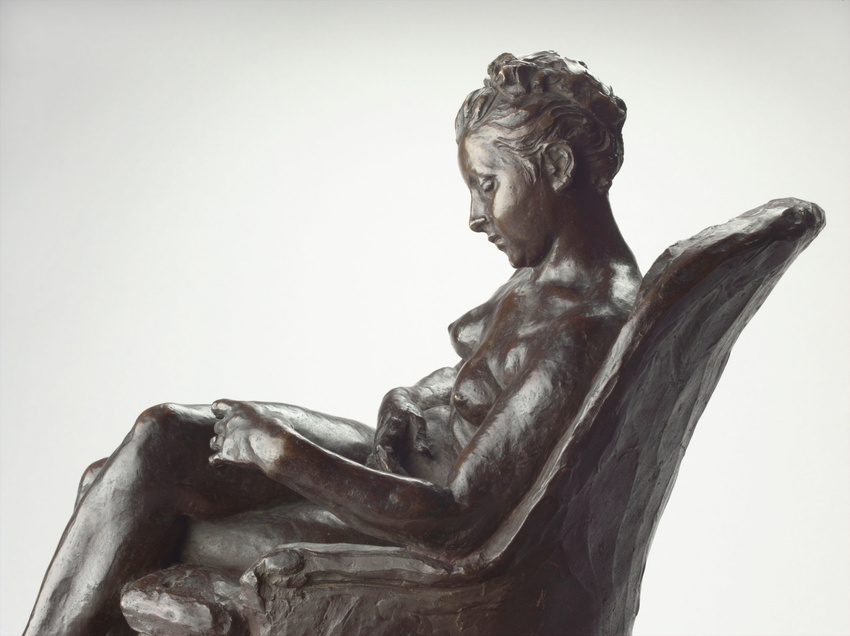 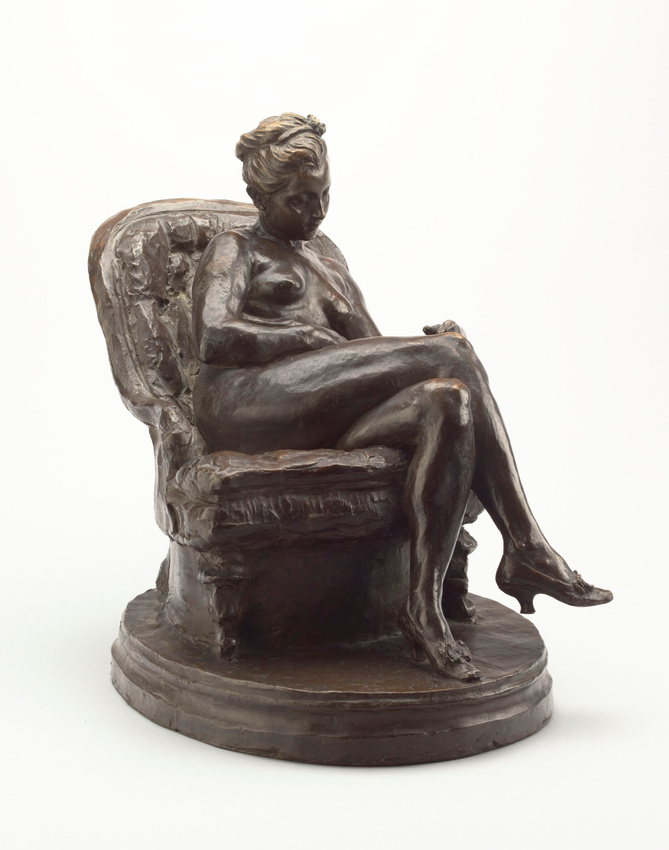 Dalou's statuettes of women are less well-known than his workers. Yet he inaugurated this genre with Woman Embroidering at the Salon in 1870 and continued during his exile in London and until the early 1880s. His statuettes are realistic, showing woman nursing babies, taking off their stockings or drying their feet... We can sometimes recognise Dalou's wife, who never posed like a professional model but is always shown as if caught unawares in an everyday occupation. She may be dressed, but is more often portrayed naked, in the intimacy of her home. Although Dalou's view of women brings Degas to mind, he was more influenced by the frivolous scenes painted by Boucher and Fragonard in the 18th century.
This nude is a unique bronze, cast from a terracotta sketch now in the Musée du Petit Palais. In the final work, entitled Woman Reading, which is slightly larger and much more detailed, the young woman clad in a dressing gown and slippers is sitting on a chair in 18th-century style. Her head is turned to the left, because she is holding her book on the side, closer to her face, and her legs are crossed the other way.
These statuettes were very popular. Woman Reading was produced in various materials: stoneware, porcelain and bronze.