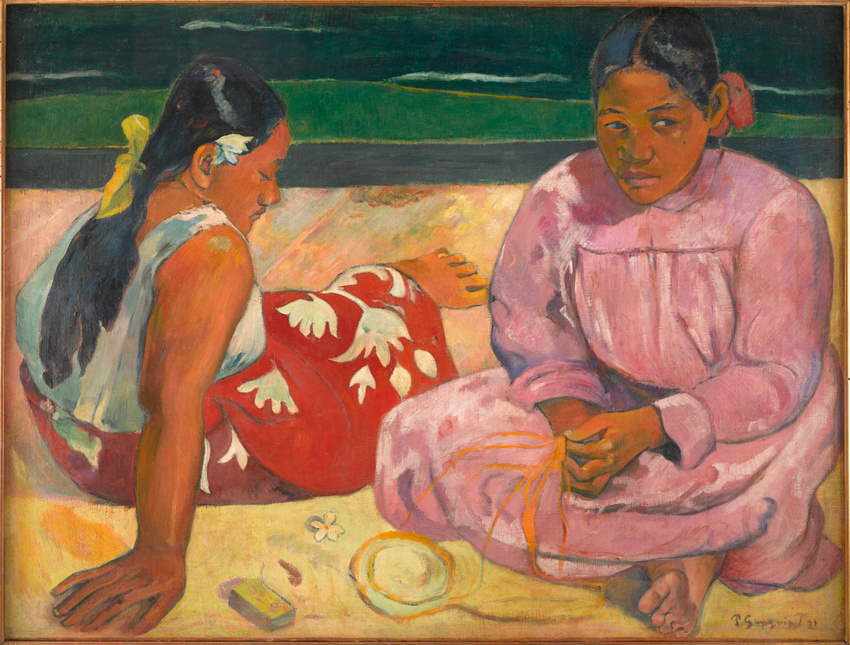 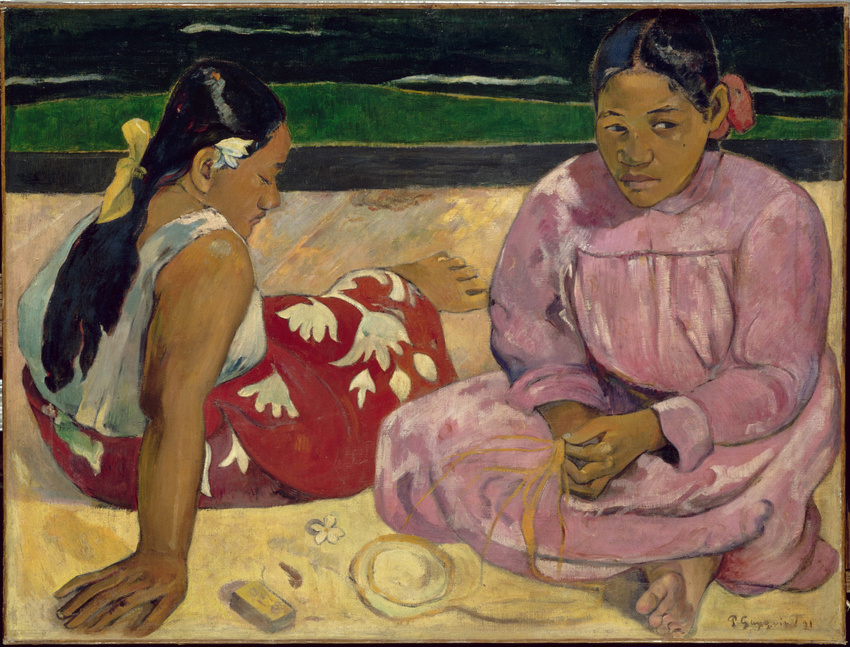 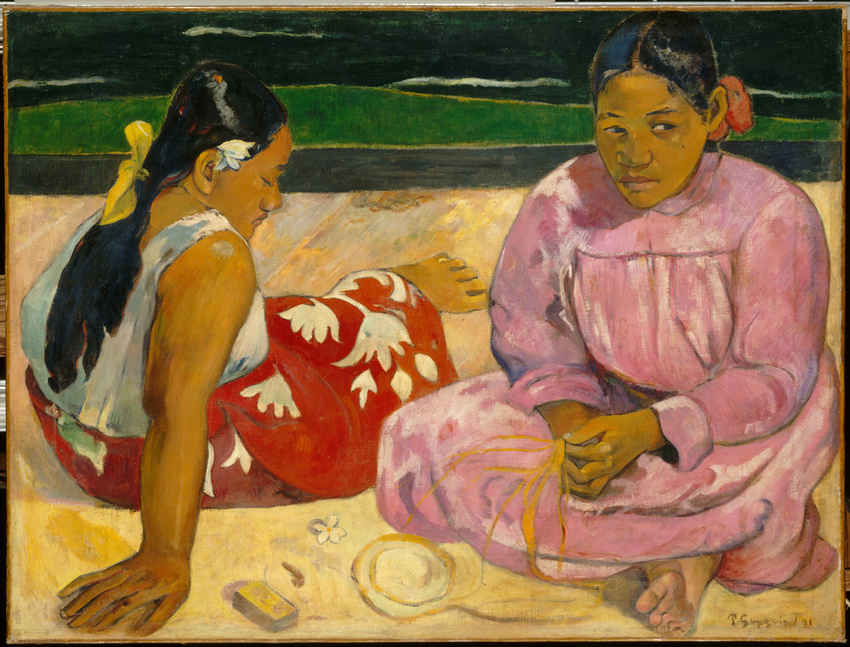 In 1891, Gauguin went to Tahiti, an island he imagined to be a primitive paradise. The artist wanted "to live there in ecstasy, calm and art". His financial difficulties, his aesthetic concerns and this very Baudelairian "invitation au voyage" drove him to that distant land to escape "the European struggle for money" - to be "free at last".
This composition is typical of his paintings during the early part of his first stay in the Pacific, paintings often depicting Tahitian women busy with simple daily tasks. Here, the heavy, hieratic figures have their own space, creating a series of arabesques in a perfectly orchestrated harmony. The faces are rendered as a mask or a profile, rather indeterminate, but full of melancholy. Gauguin's wonderfully confident handling of the line makes it both elegant and decorative. By choosing somewhat rigid poses, he introduces a rhythm into the painting through a mysterious, harmonious geometry, thus producing what looks more like a genre scene than a genuine double portrait. The painting is lightly animated both by the discreet, almost monochrome, still life in the foreground, and by the rollers breaking on the lagoon in the background, suggested by a few white highlights.
The painter regarded this painting as significant enough to produce a variant of it in 1892, Parau Api (Dresden, Staatliche Kunstammlungen), in which the floral sarong replaces the sensible mission clothes of the woman on the right. The synthetic lines and simplified shapes of Manet, whom Gauguin admired greatly, influenced these contrasting outlines of the women. But above all, these characters herald the coloured effects of Matisse with their powerful graphic style and vivid colours.