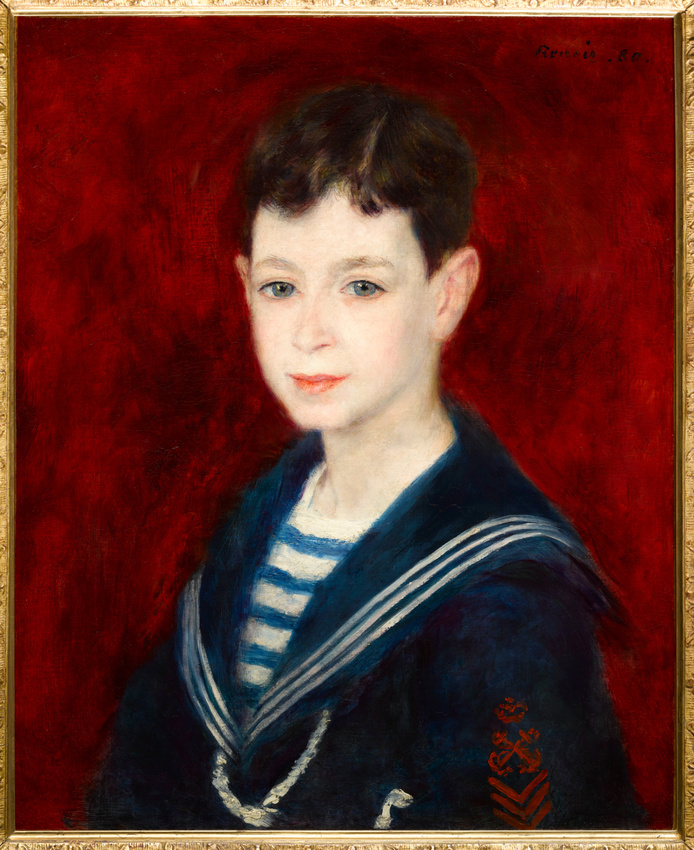 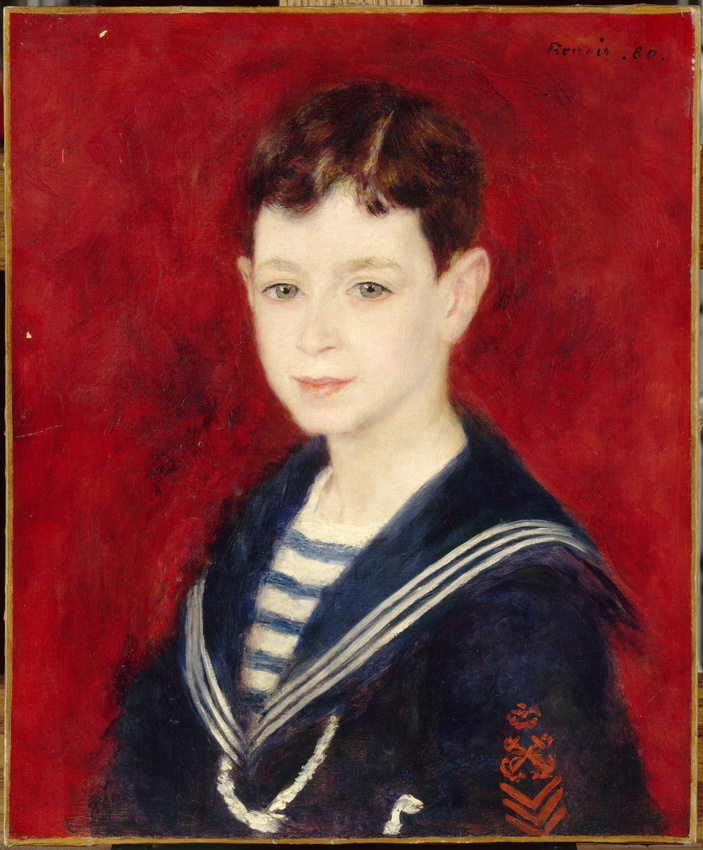 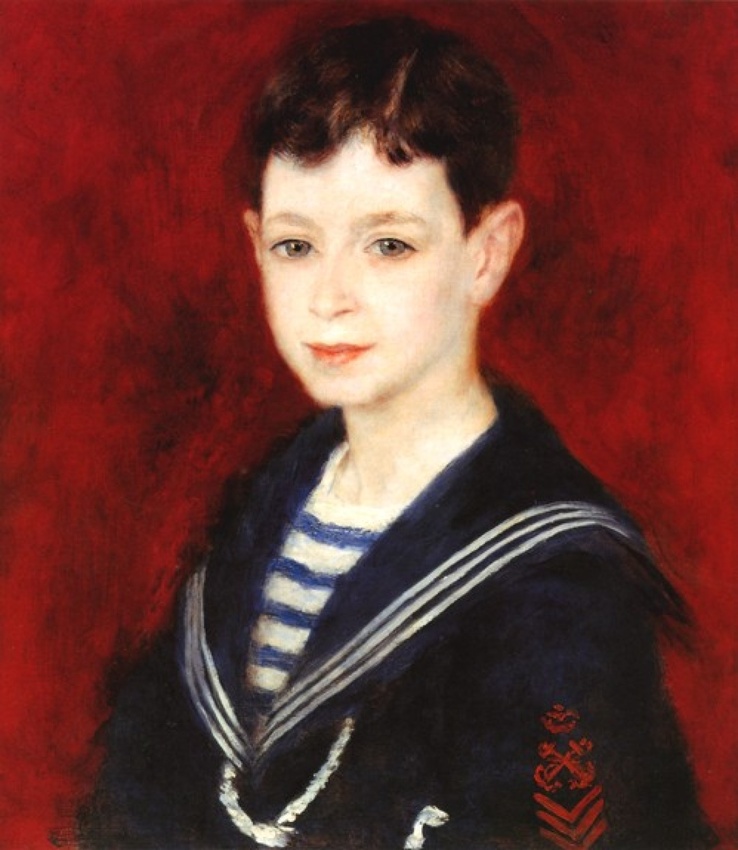 A figure painter, Renoir had always accepted portrait commissions. His first public success was an ambitious family portrait, Mrs Charpentier and her Children (New York, The Metropolitan Museum), exhibited at the salon of 1869. The main model, Mrs Charpentier - whose husband had published the works of Flaubert, Zola, the Goncourt brothers and Huysmans - was instrumental in the flow of portrait commissions received by Renoir at the turn of the 1880s.
The parents of Fernand Halphen were influential members of the rich Jewish middle class in Paris. Fernand (1872-1917) was the youngest of their five children. He won the second Grand Prix de Rome for composition in 1896 and dedicated his life to music before dying on the battlefield in the First World War at the age of forty-five.
Fernand Halphen's parents apparently did not value this painting very highly because it was given to the child's former governess. It was later bought by the art dealer Jos Kessel and then sold to the collector Charles Pacquement. After the war, Pacquement, severely shaken by his own experiences of battle, gave it to Mrs Halphen, the model's widow.
The reservations that Renoir's painting aroused at the time may now seem astonishing. The deliberate frankness of his palette, far removed from the muted tones used by fashionable portraitists, was probably one of the reasons. The simplicity of the modelling and the insistence on contours show that Renoir was at a decisive point in his development. Less sensitive to the vibrant colour effects of the 1870s, he was moving towards the taut forms and acid colours of his Ingres period.