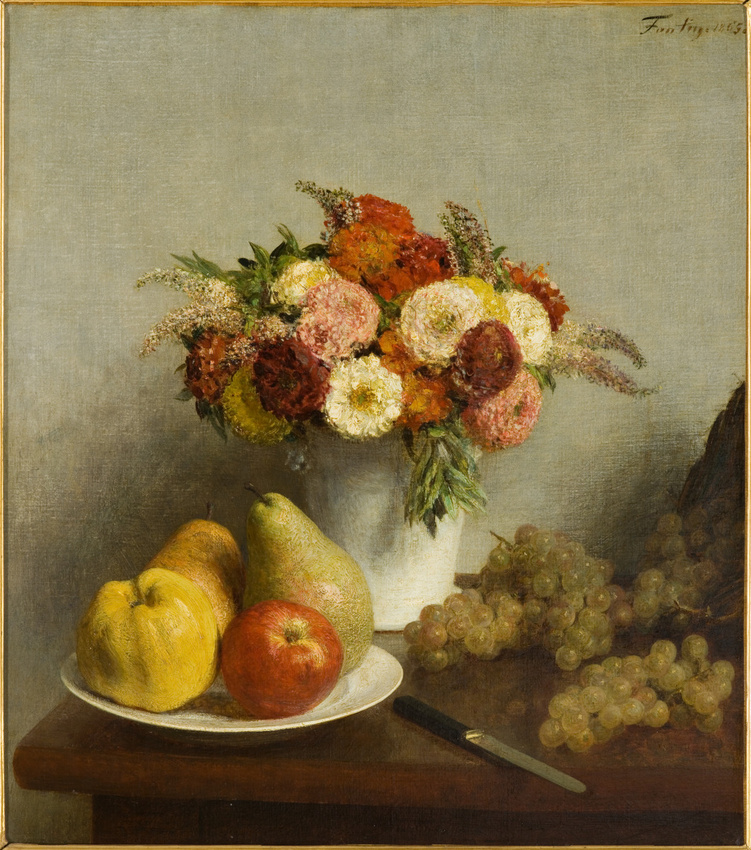 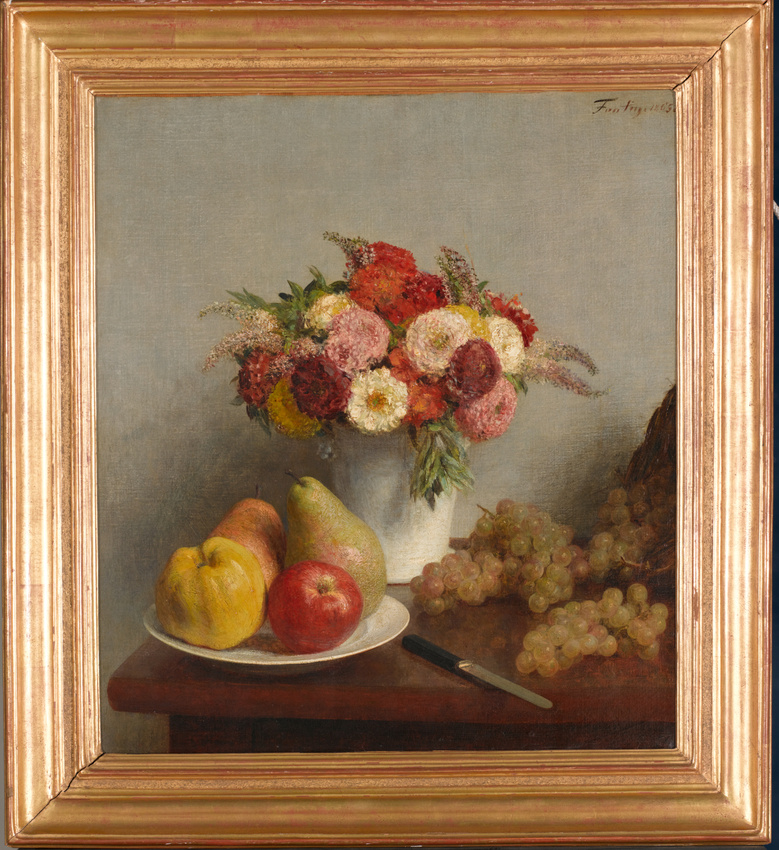 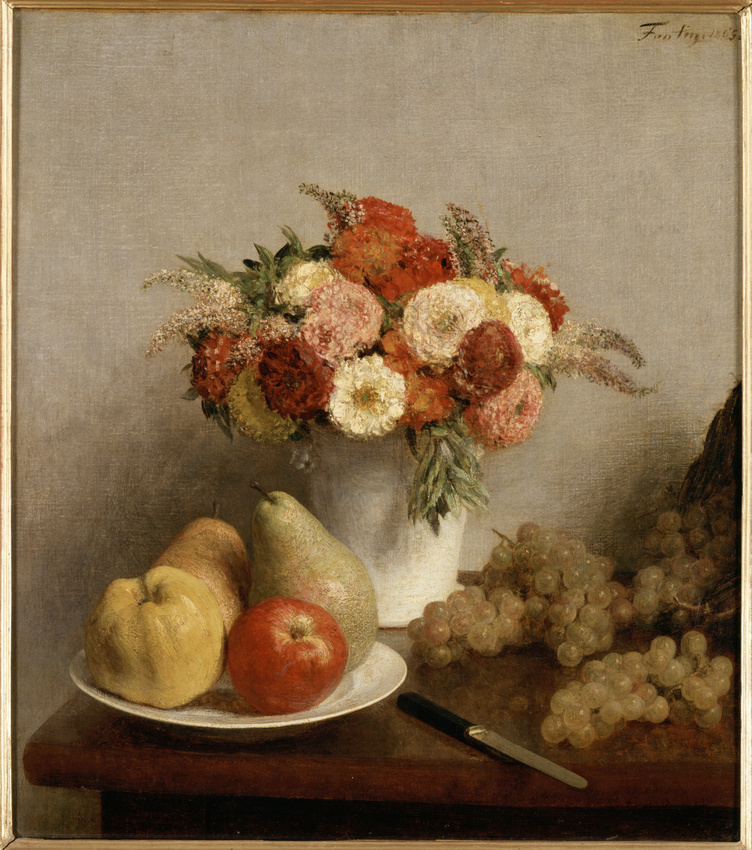 Alongside his work as a portrait painter, Fantin-Latour produced a large number of still lifes. In the 1860s, these even played a major role in his career. It was in fact in England, which he visited regularly, that Fantin-Latour found many enthusiasts for his paintings of flowers and fruit. Purchases and commissions then followed, ensuring commercial success for the painter, which, until then, his other work had not provided.
Although it was the period of the Impressionists for whom, moreover, he had genuine affection, Fantin-Latour's still lifes, filled with poetry and a little old fashioned, were able to impress the public. However, the choice of this subject was not as innocent as it might seem. In the hierarchy of the genres laid down by the Académie des Beaux-arts in the 17th century, the still life with fruit or flowers was relegated to the lowest level. By freeing himself from all literary, religious or historical pretexts (supposed to confer worth and nobility to the work) Fantin-Latour was taking the opposite view to these academic principles. This painting, which tells no story, is intended purely to appeal to the eyes, thus embodying one of the main aims of modern art.
However for all that, it was not a radical break with tradition. Just as in his portraits, Fantin-Latour reveals his fondness for the past in his still life paintings. Here, the painter openly claims the legacy of Chardin, the master of the 18th century French school. In the classical style, the triangular arrangement of the flowers, the plate of fruit and the bunches of grapes constructs the space. In addition to these elements, a knife is placed at an angle on the edge of the table, a traditional accessory for increasing the perspective.
The pale, subtle light brings out the shapes and bright colours of the flowers and fruits. We can see the thicker brushstrokes expressing the textures of different types of flowers, and the lighter, transparent brushstrokes that the painter uses for the grapes. This painting is a good example of the meditative, intimate world beloved of Fantin-Latour, where tranquillity is skilfully harmonised with the liveliness of the tones and colours.