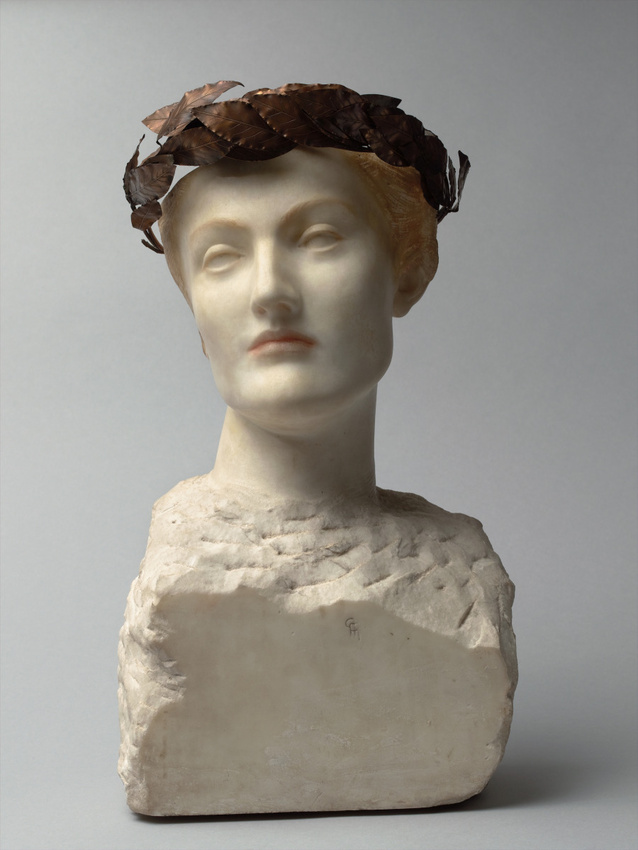 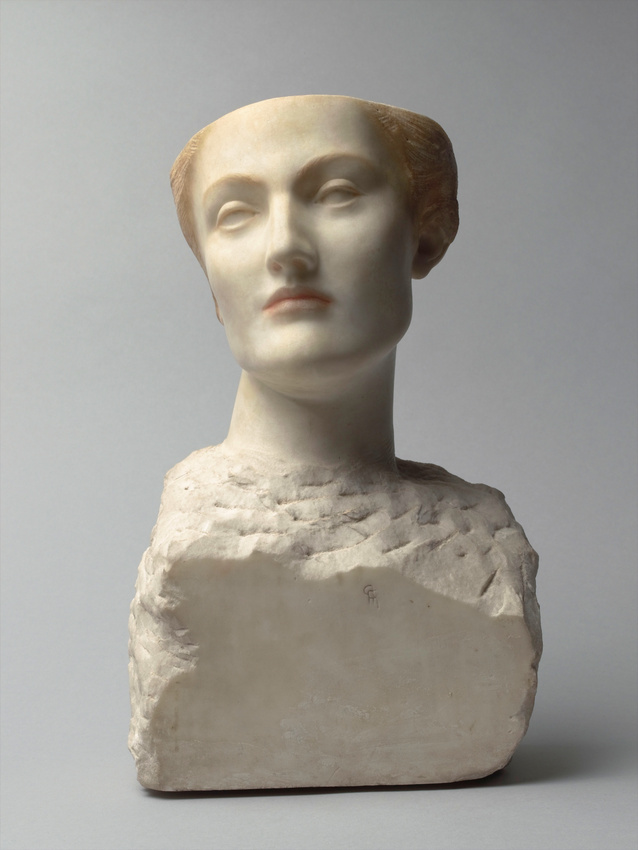 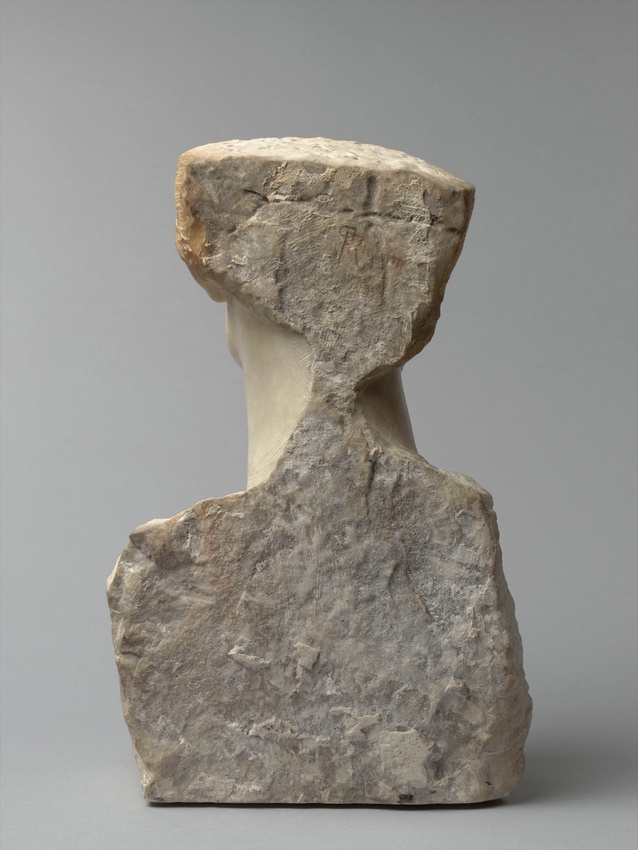 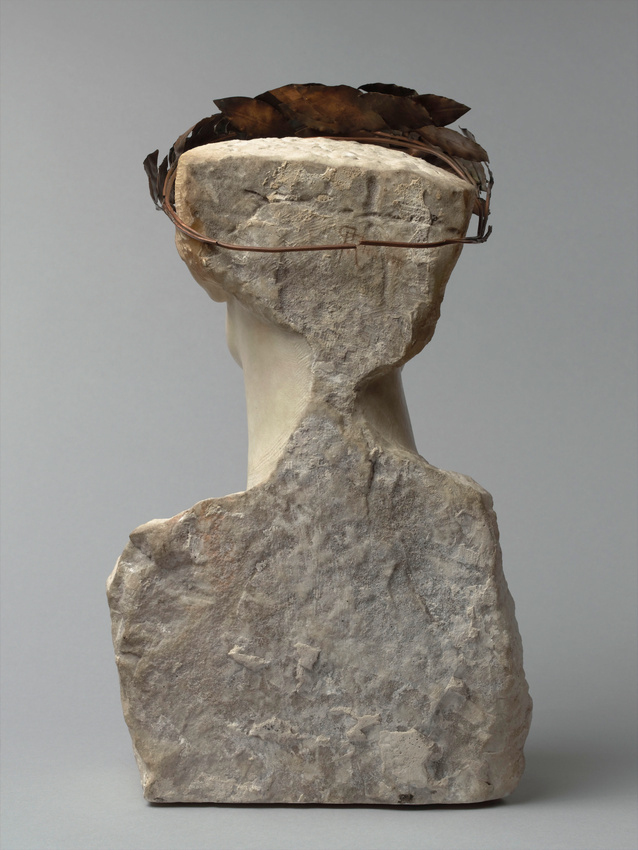 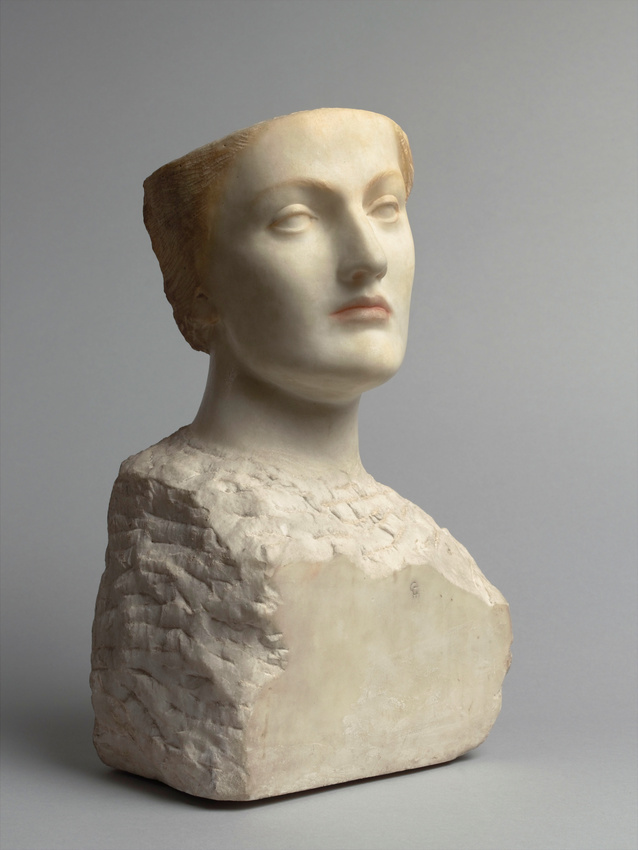 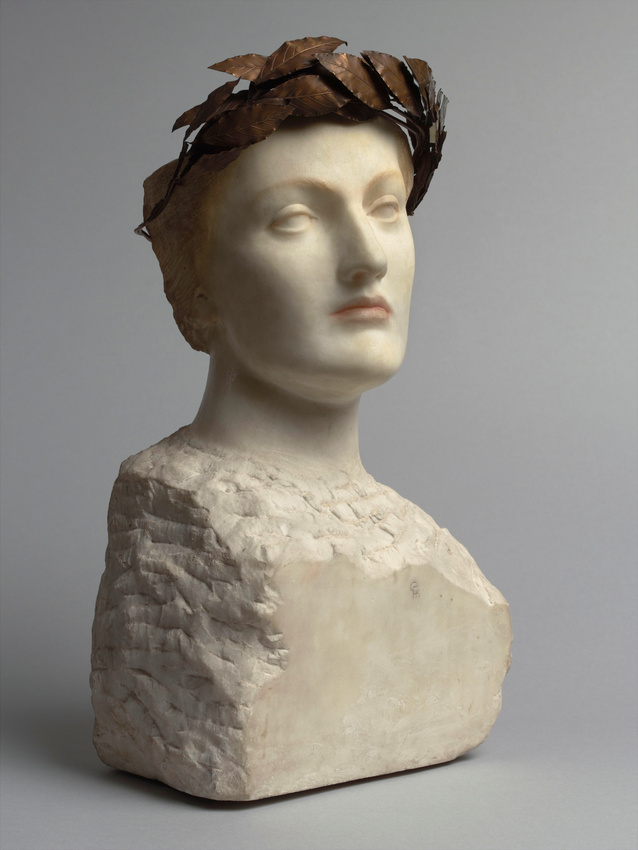 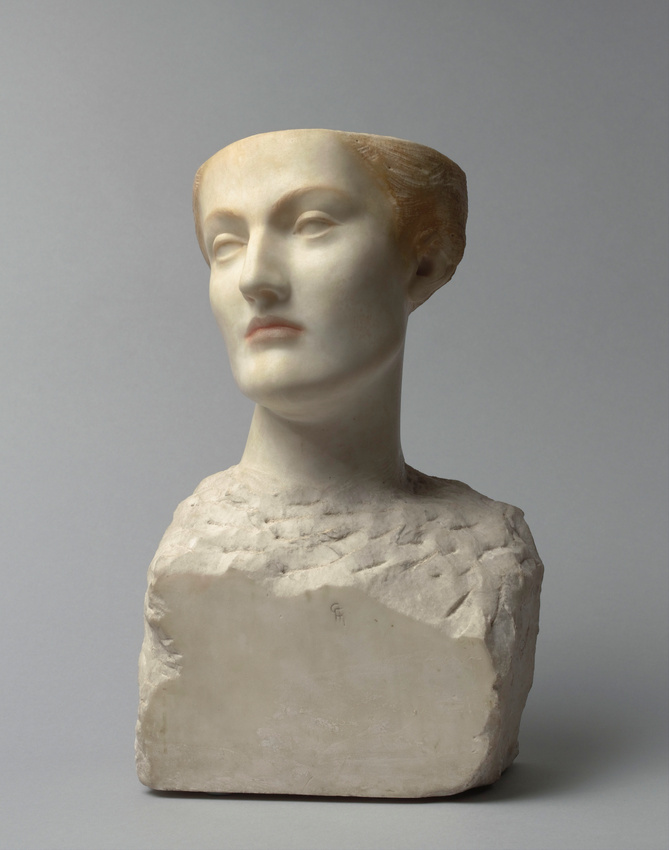 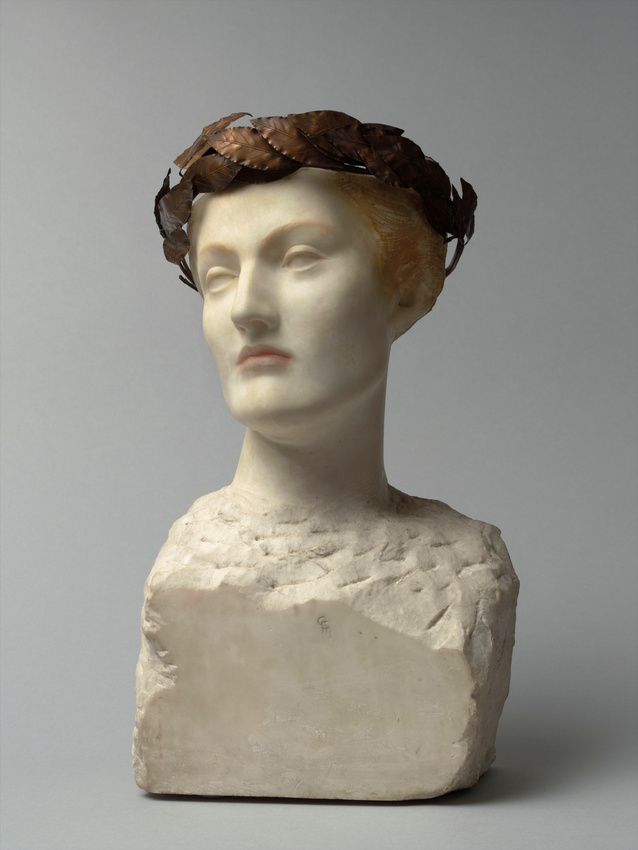 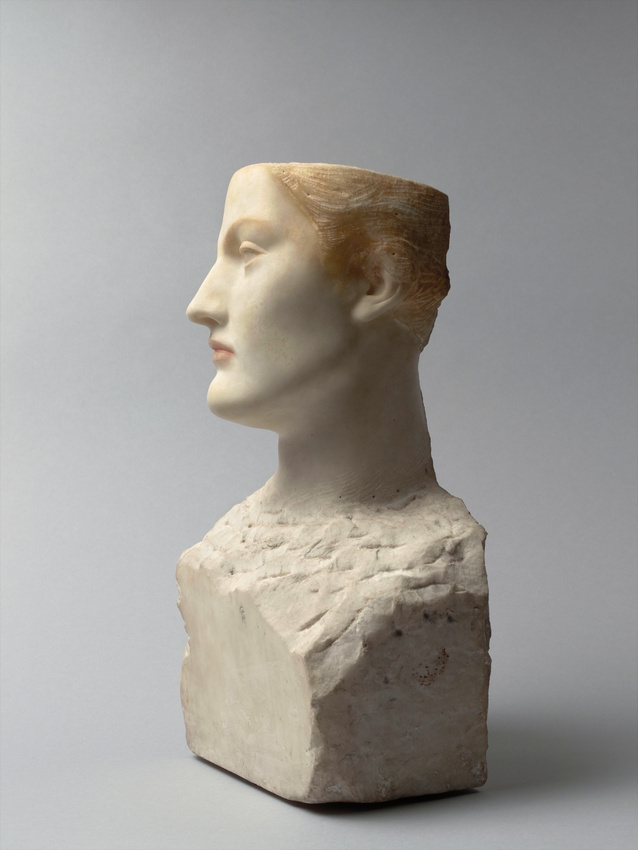 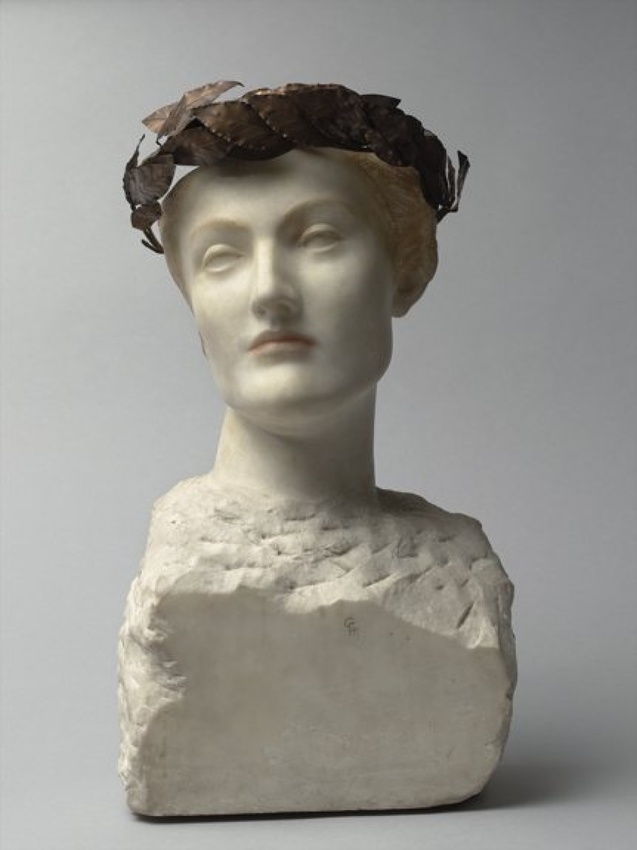 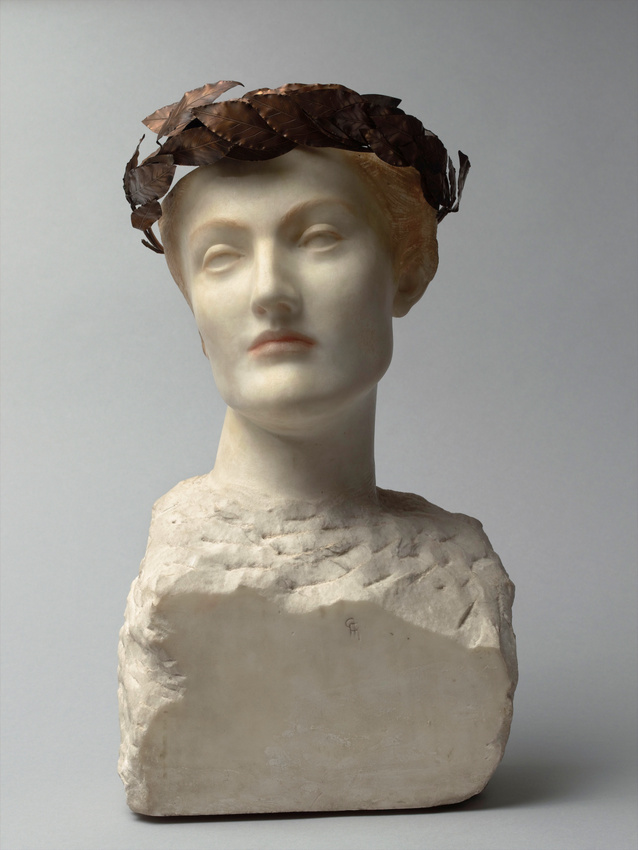 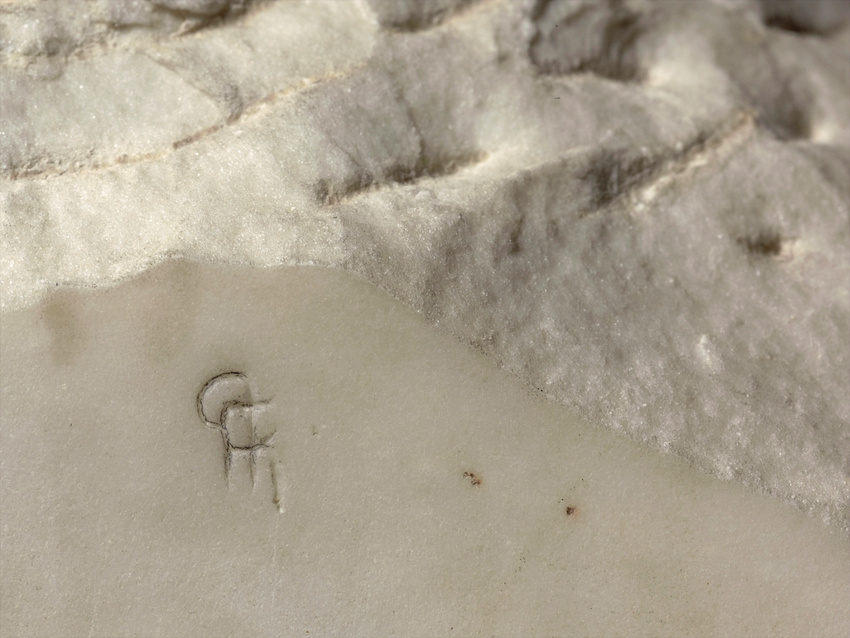 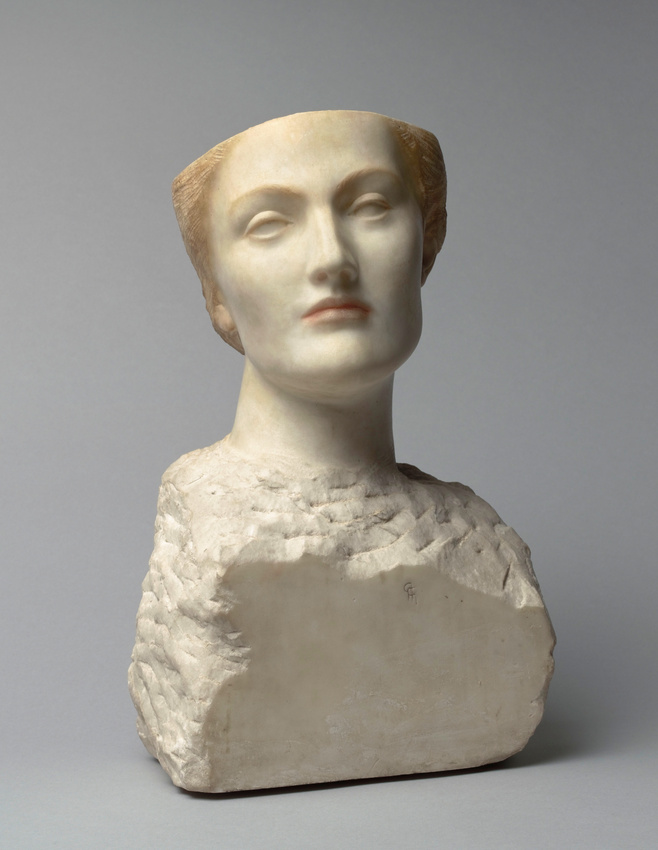 In 1898, Fernand Khnopff, a Belgium symbolist, was one of the guests of honour at the first Viennese Secession. He submitted sixteen paintings and four sculptures, including this Young Englishwoman, which the critic Ludwig Hevesi described as: "the ideal woman in white marble, tight-lipped... [...] highlighted with traces of colour of exquisite finesse. [...] The evanescent form harmonises perfectly with this colour treatment. There, too, we sense the sensuality, but Khnopff's sensuality has something vampirish about it."
As for certain martyrs, the statue's skull is sliced across the forehead. Could visitors to the 1898 exhibition see this detail? Hevesi talks about a scarf sprinkled with little blue stars. Some shots show the marble bust wearing a crown of leaves, while the oldest photograph shows the young Englishwoman with neither a scarf nor a crown. These days her forehead is adorned with a laurel wreath.
Although Khnopff gave the bust the features of his sister, Marguerite, to whom he was very close, the marble has the artist's own pale blue eyes. It may be the expression of a myth which fascinated the symbolist artists: that of the original hermaphrodite mentioned by Plato in The Banquet, a double being whom Zeus sliced in half in a moment of fury. The yearning for love and the desire for fusion were believed to have arisen from this mutilation. Under its misleading title, A Young Englishwoman perhaps expresses Khnopff's dream to be joined to Marguerite, his adored sister.