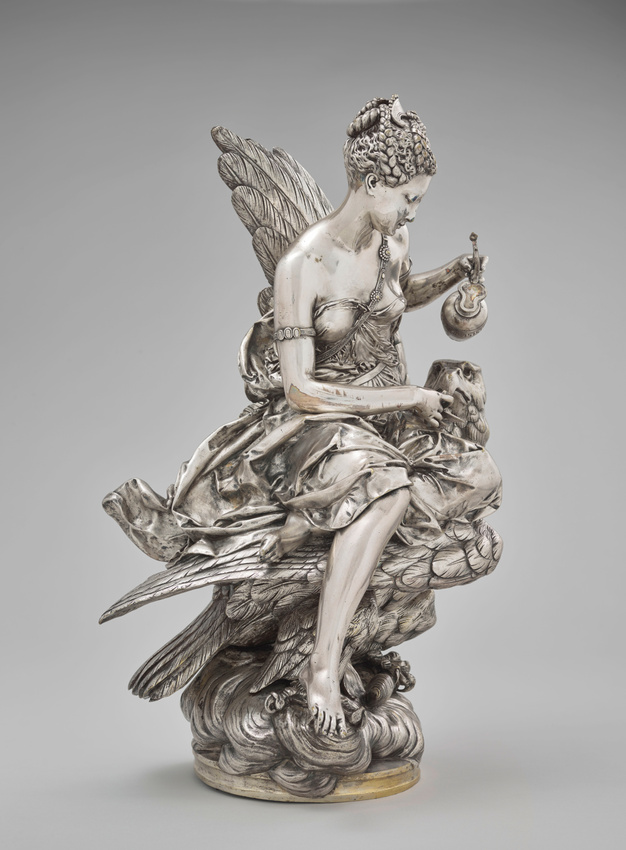 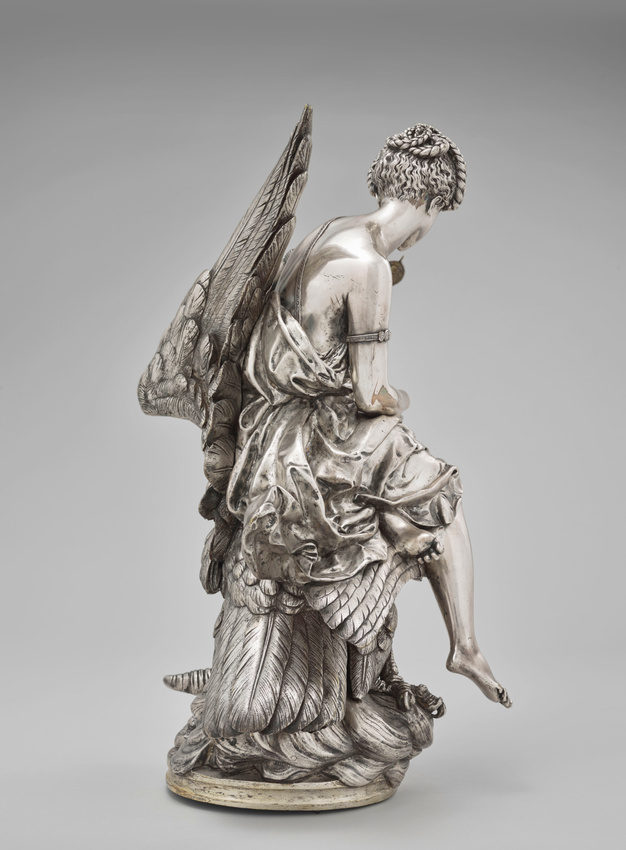 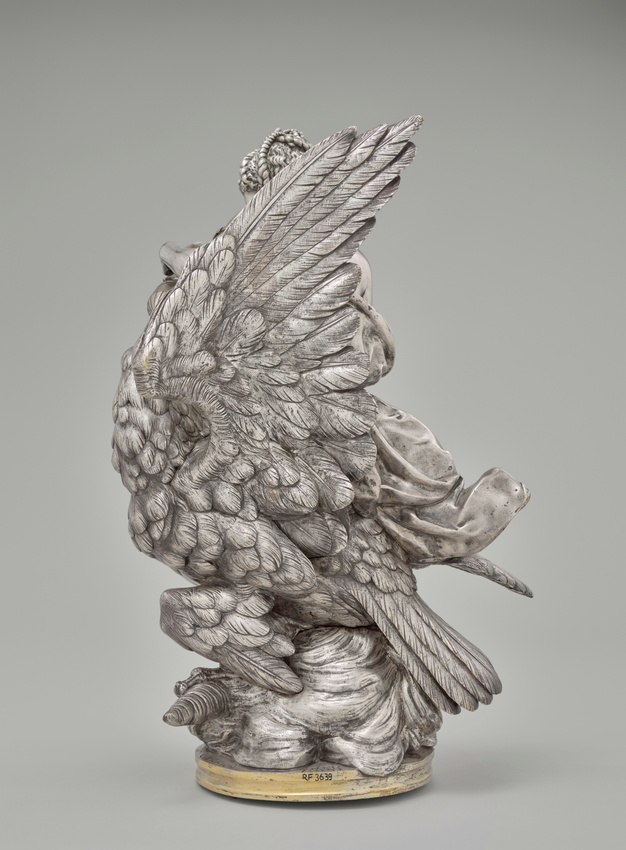 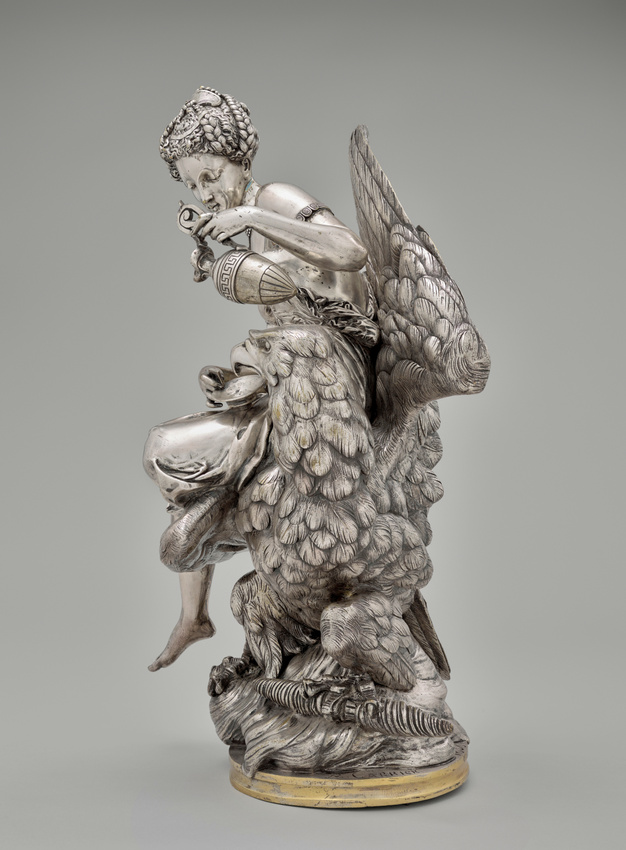 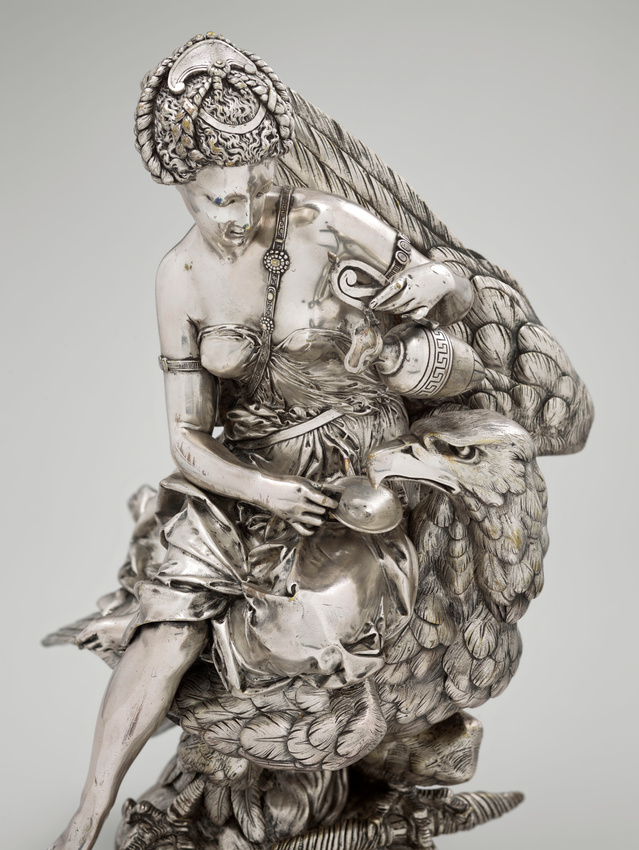 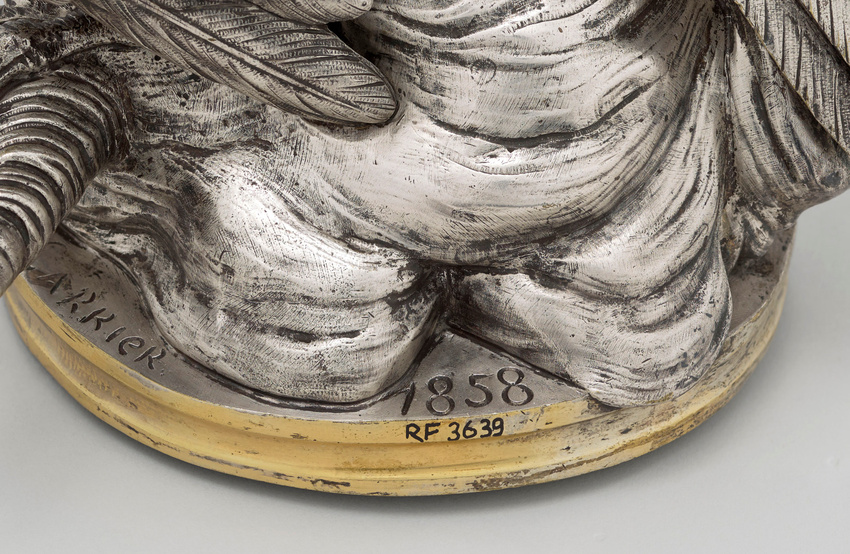 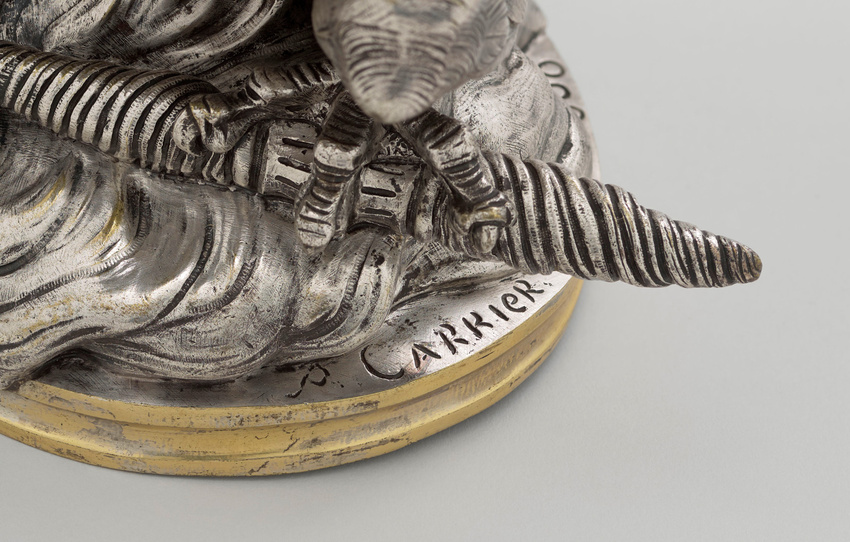 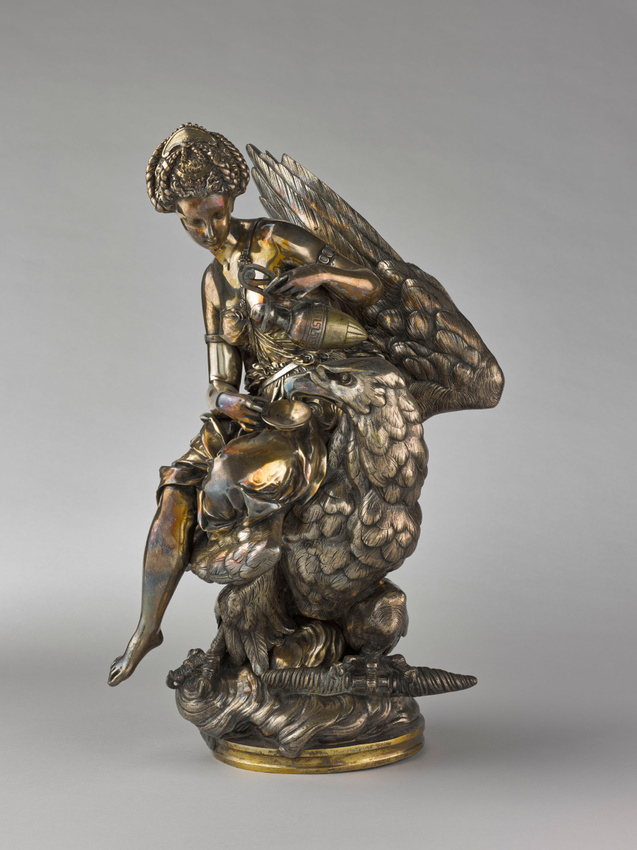 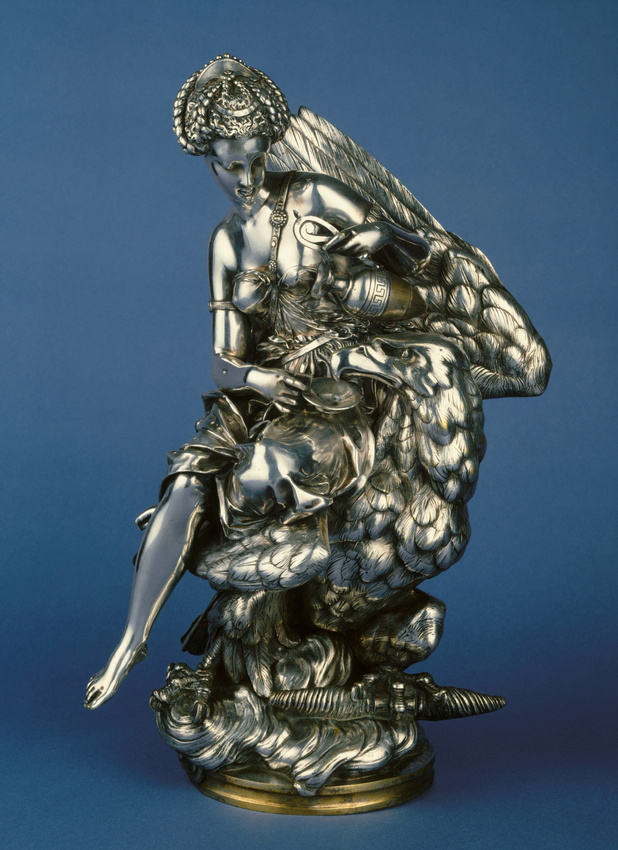 In Greek and Roman mythology, Hebe, the daughter of Jupiter and Juno, was the goddess of youth and cupbearer of the gods, whose role was to serve their drinks. She was a very popular female figure with 19th century sculptors - some of the more well known include Canova, Thorwaldsen, Rude and Aizelin - who were captivated by this heroine.
Carrier-Belleuse himself, on several occasions, chose this subject which attracted statue makers not only for the theme of drinking and feasting, but for the contrast it offered between the slender body of the young goddess and the powerful image of the eagle symbolising Jupiter.
In this version from 1858, the eye is immediately drawn to the beautiful figure of Hebe, sitting on the eagle and offering it nectar to drink. This graceful and charming first attempt marked a return to the Mannerism of the French Renaissance. Preciously refined, this small group, reproduced in editions of gilded or silver plated bronze, actually became a decorative object, used particularly at the time for adorning clocks.
Eleven years later, Carrier-Belleuse took a completely new approach to the subject with a monumental version in marble that he sent to the 1869 Salon (Musée d'Orsay): this time, the huge, powerful eagle envelopes the sleeping goddess in his wings and protects her as she rests.