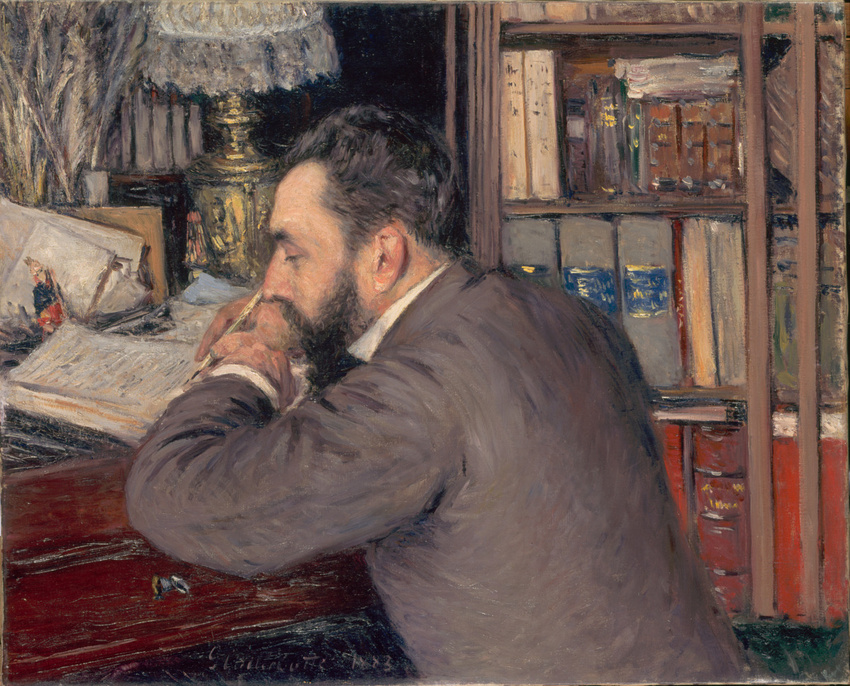 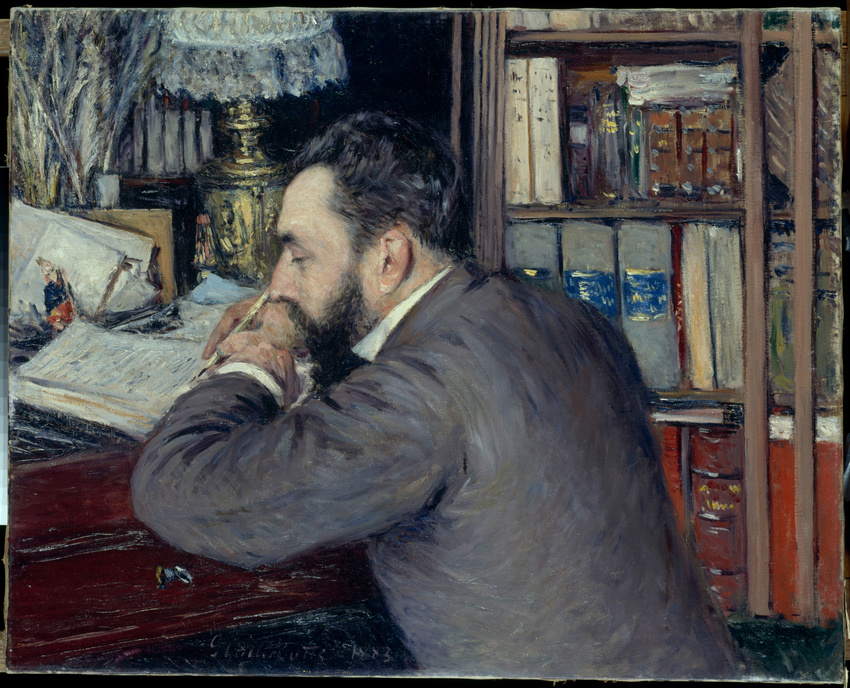 One of the most delightful aspects of Caillebotte's work is the series of portraits of personalities from his wealthy entourage. The identity of many of these has been lost today, but not so Henri Cordier (1849-1925), a specialist on Chinese affairs, and Professor of history, geography and the legal systems of the countries of the Far East at the School of Oriental Languages in Paris.
Cordier lived in China from 1869 to 1876. He edited a bibliography of works on the Chinese Empire, his Biblioteca Sinica published between 1878 and 1895, and was one of the founders, in 1882, of the Revue d'Extrême-Orient. The Great Encyclopaedia also tells us that he was awarded a third class grade in Mandarin Chinese.
We do not know how Caillebotte and Cordier came to meet, but they were certainly friends, although the artist never accepted commissions for portraits as he did not need to sell his paintings to live. Here, Caillebotte chooses to focus on Cordier's intellectual side. He is represented deep in concentration, surrounded by books, busy writing in an ill-defined position. The unusual composition, cropping the figure in half and combining it with decorative elements to fill the space, is very typical of Caillebotte's experimental work. In this respect he shows himself to be close to Degas.
The textural effects and palette of purplish reflections are found in other works painted by Caillebotte during this period.