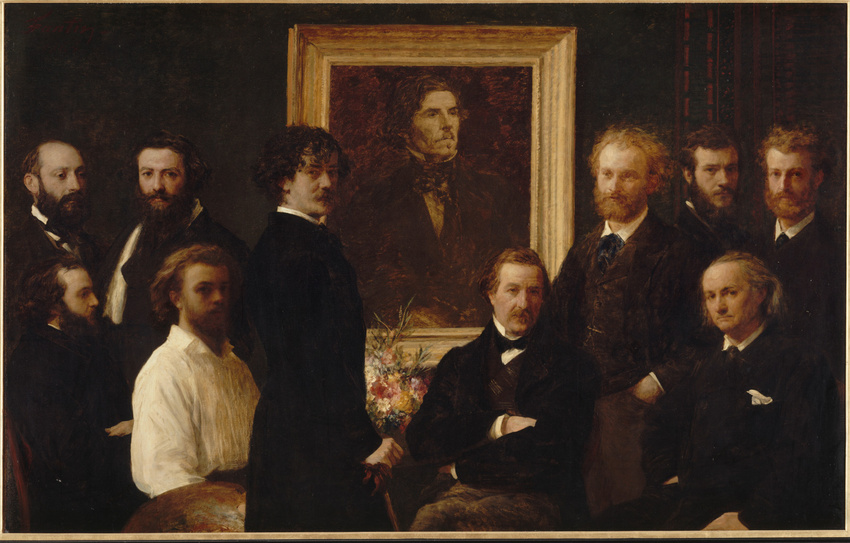 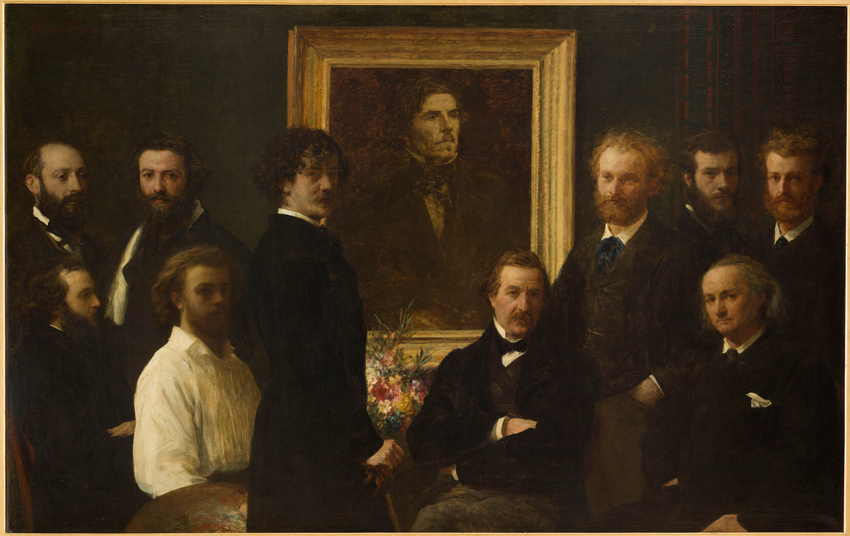 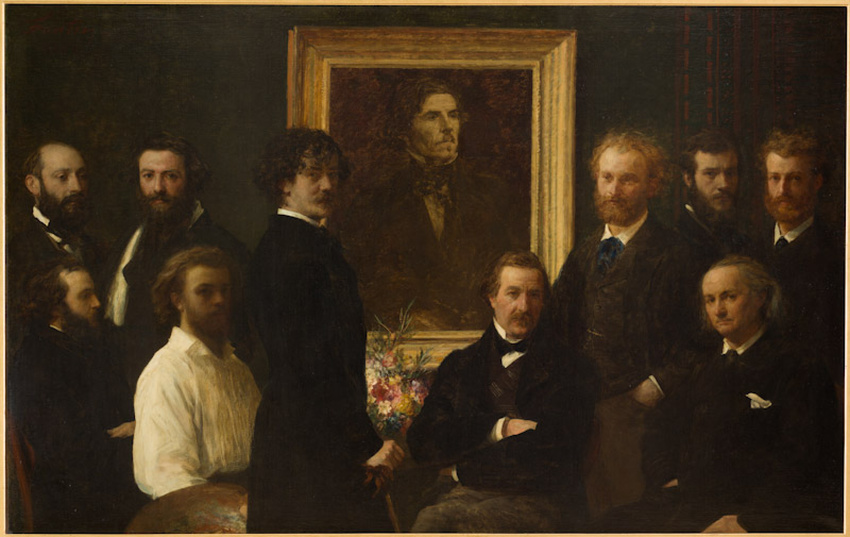 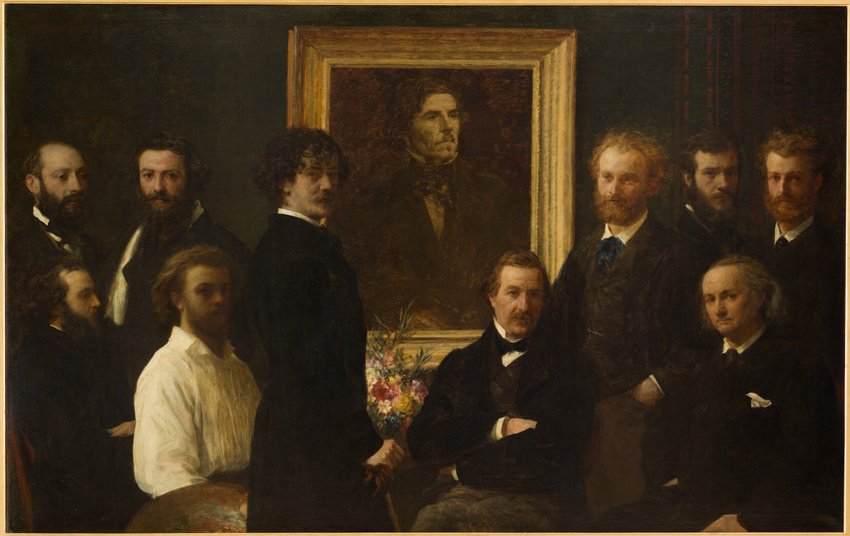 On a visit to the galleries in the Musée du Château de Versailles in July 1838, Baudelaire came across Delacroix's painting The Battle of Taillebourg. It was the beginning of a great passion for the romantic, colourful work of "the most suggestive painter of all." In Salon de 1846, he devoted a whole chapter to the "real artist of the 19th century." When the master died on 13 August 1863, Baudelaire was plunged into despair at the loss of a friend he had deeply admired.
The admiration that the author of Les Fleurs du mal felt for Delacroix is an indication of the respect paid to him by the artists who were to incarnate modernity in the second half of the 19th century. A year after Delacroix's death, Henri Fantin-Latour painted this group portrait to pay him the homage he had not received in his lifetime.
Writers and artists are clustered around a portrait of Delacroix executed from a photograph taken ten years before. We can see Fantin-Latour himself, in a white shirt and holding a palette, James Whistler standing in the foreground, Edouard Manet with his hands in his pockets and, of course, Baudelaire, seated on the right with a set expression on his face.
This work is the first major composition by an artist closely linked to the Impressionists; it shows Fantin-Latour's taste for character study, precise drawing and dark colour harmonies. The grouping of the figures and the muted rust, black and white colour scheme conjure up the group portraits of 17th-century Holland.
The critics saw it as nothing more than a manifesto of realist painters, a collection of likenesses; the picture was criticised for its lack of unity, its hard colours and static, photographic style. These reproaches did not prevent Fantin-Latour from painting other group portraits which became just as famous: A Studio at Les Batignolles in 1870 and By the Table in 1872.