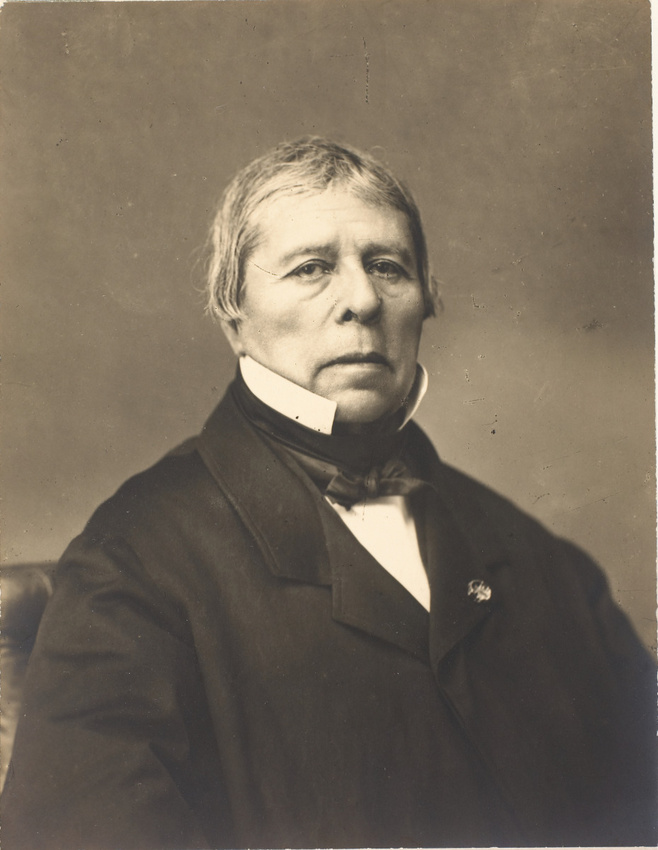 Apparently shortly after he opened his studio in Paris, in 1859, Pierre Petit began to compile a Gallery of the Men of the Day, which later became the Gallery of Contemporary Illustrations. Admittedly, most of the large Paris studios under the Second Empire followed in the footsteps of Laisné and Nadar in working for these 'Galleries' and 'Pantheons' which were very fashionable at the time.
Ingres, although he signed a 'Protest by great artists against any assimilation of photography to art' in 1862, was not averse to posing for the camera from time to time. Several of the major portraitists of the period immortalised him on film. Laisné, first of all, about 1855, then Carjat, Petit's pupil, in 1863, Disdéri in 1865 and finally Dallemagne in 1866.
Although it is not precisely dated, Pierre Petit's photograph was taken at much the same time, probably in the early 1860s. Like other portraits made during this decade, it shows us an Ingres with a dour pout and expressionless waxen face. In that respect, it is quite close to the Portrait of the artist aged seventy-eight that the painter made of himself in 1858 for the Uffizi in Florence. But his piercing stare also evokes another portrait he painted, representing M. Bertin (Paris, Louvre) a few years earlier.
Ingres was to be photographed for the last time in 1868, on his deathbed, by Marville.