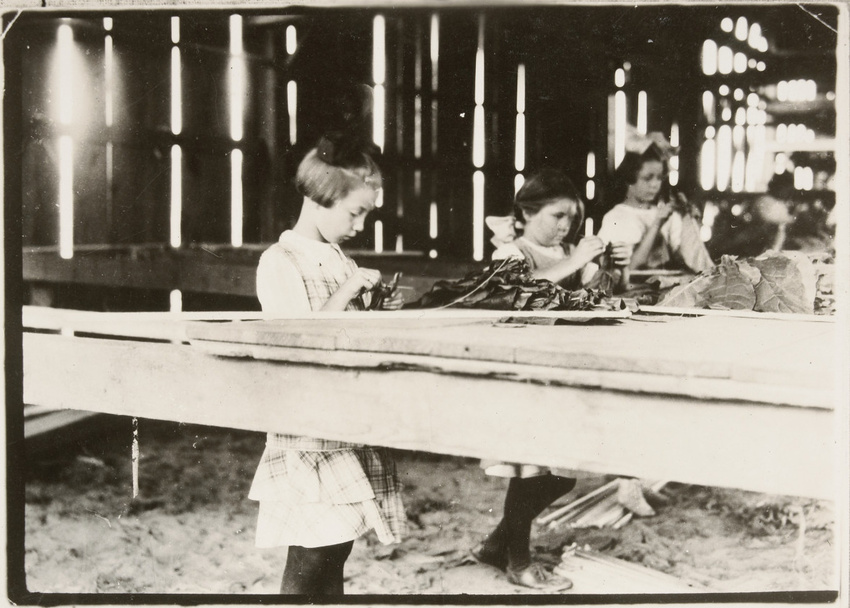 Fifty years after Victor Hugo’s poem “Melancholia” (Les Contemplations, 1856), Lewis Hine’s photographs tackle the issue of child labour, which in 1910 involved an estimated two million young boys and girls in the United States.
Between 1908 and 1918, Hine—who trained as a sociologist—inspected mines, factories, fields, hidden workshops, and streets around the country in order to document the exploitation of underage workers for the National Child Labor Committee.
Hine photographed without the employers’ knowledge, thanks to a small hand-held camera, often getting his young subjects to stare into the lens, the better to confront the shocked or moved spectator with his responsibilities as a citizen.
A key instrument in the committee’s information campaigns, Hine’s images were later exhibited in touring shows, projected during talks, or used as posters and as illustrations in publications.
Thus the photographer, who was close to the protagonists of the emerging social reform movement in the USA, was an innovator in his approach to the medium, which he used as a vehicle for his progressive vision of society, thereby establishing himself as one of the pioneers of engaged, humanist photography.

Lewis Hine, A sweeper in the Hill factory, Lewston, I saw him working inside

Lewis Hine, These are all workers in Hosiere Mills