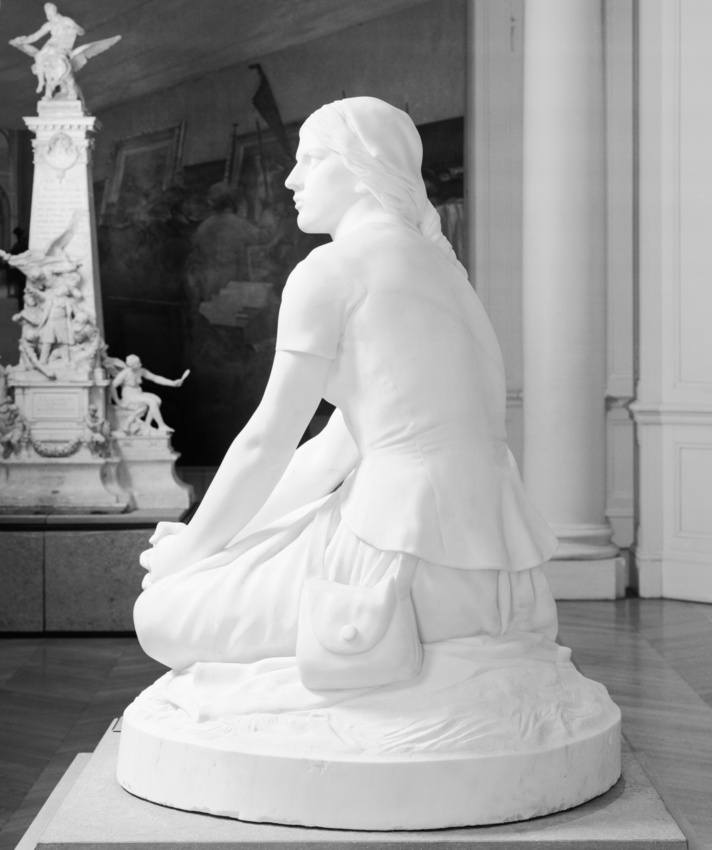 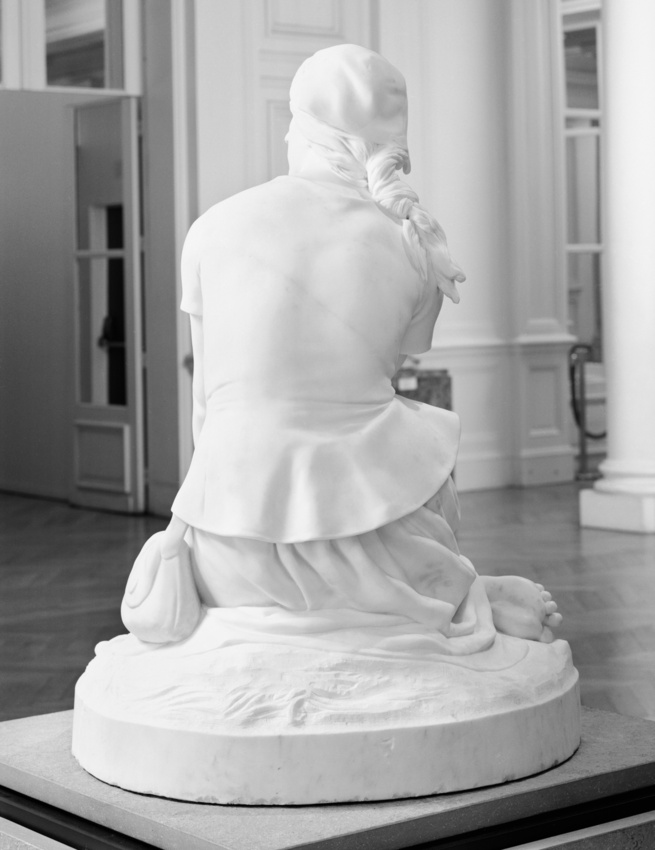 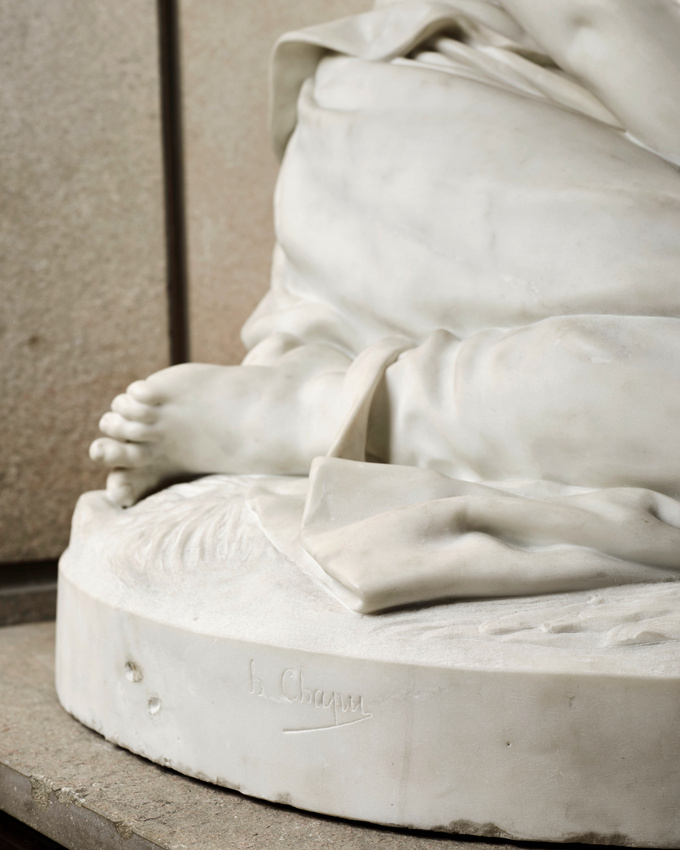 19th-century France was fascinated by the figure of Joan of Arc, an historical, mythified heroine who figured in the readily anti-British nationalist movement in the second half of the 19th century. Henri Chapu, a classical sculptor who explored a sincere, elegant form of naturalism with great finesse, chose to represent not the warrior maiden in a suit of armour but the shepherdess from Lorraine listening to the voices asking her to help the king to liberate the kingdom.
Presented at the last Salon under the second Empire in 1870, the plaster cast was made into a marble statue in 1872 and enjoyed a considerable success: the annexation of Alsace and Lorraine after the defeat of Sedan made Joan of Arc a national emblem and a secular saint, well before her canonisation by the Vatican in 1920. Chapu's sculpture was one of the most famous images of Joan of Arc in France, widely circulated in all sizes and all materials well after 1900.