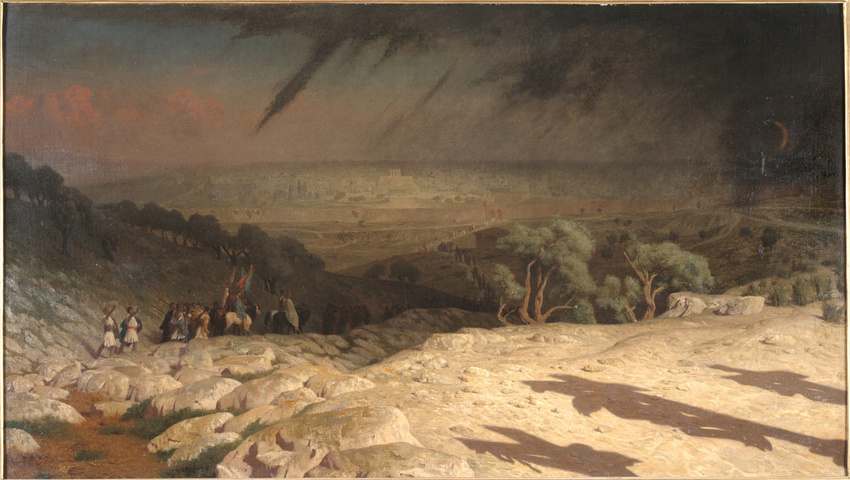 After exploring with great success the exotic, sensual attractions of the Orientalist repertoire, Gérôme returned in 1867 to his first ambition, history painting. He breathed original power and conviction into this declining genre by approaching it through the prism of archaeological and topographical truth, verified by numerous journeys to the Middle East, notably to the Holy Land. Historical exactitude is here crossed with the naturalist version of Christ which Ernest Renan had developed in his Vie de Jésus published in 1863, which profoundly influenced religious representation in the second half of the century. But Gérôme was aiming for more than just reconstitution and veracity. He sought to revive the religious genre through unprecedented pictorial solutions as a way of enhancing the powerful message of the Gospels. Although, in keeping with the classical tradition, the landscape participates in the dramatic mood, the composition makes fine use of an "off-camera" effect, a cinematographic technique before its time. The powerful visual ellipsis of the shadows of the three crosses thrown by the light of a stormy sky was such startling break with the traditional representation of the theme that Gérôme's painting attracted some of the harshest criticism of his career.