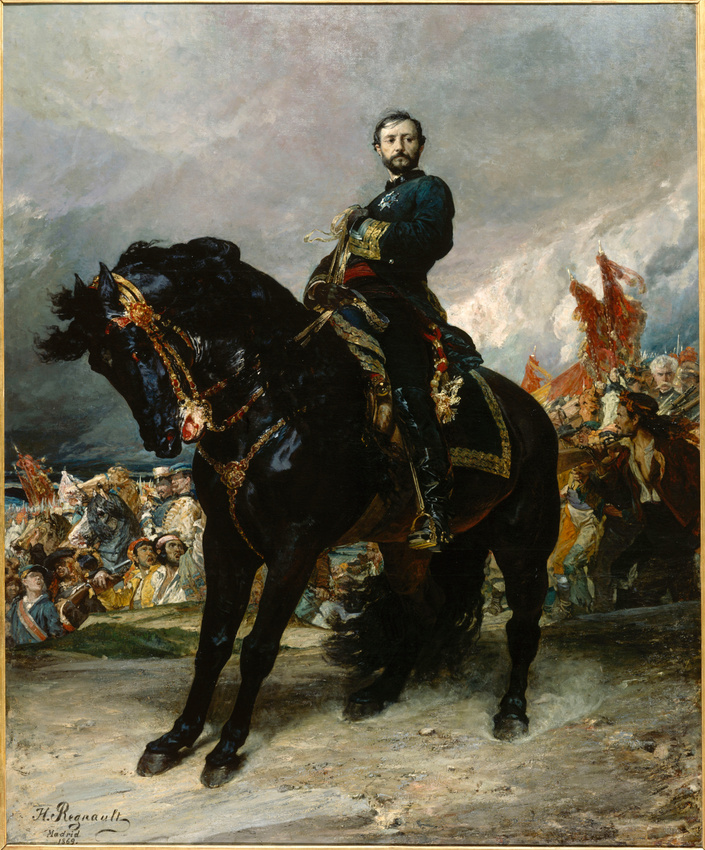 While travelling in Spain in 1868, Regnault witnessed the revolution that brought the reign of Isabella II to an end, and saw the return of the revolutionary general Juan Prim (1814-1870) in Madrid.
The young artist decided to make a monumental portrait of the hero, which is as much a tribute to the soldier as to the Spanish master, Diego Velázquez (1599-1660), known for his large equestrian portraits.
Regnault revisited the conventions of the genre with a treatment that is both realistic and dramatic: “Prim has just climbed a hill, and arriving at the top, he pulls his horse up short (in the Spanish style) and salutes both Liberty and his country that he has been allowed to see again” (letter from Henri Regnault to his father).