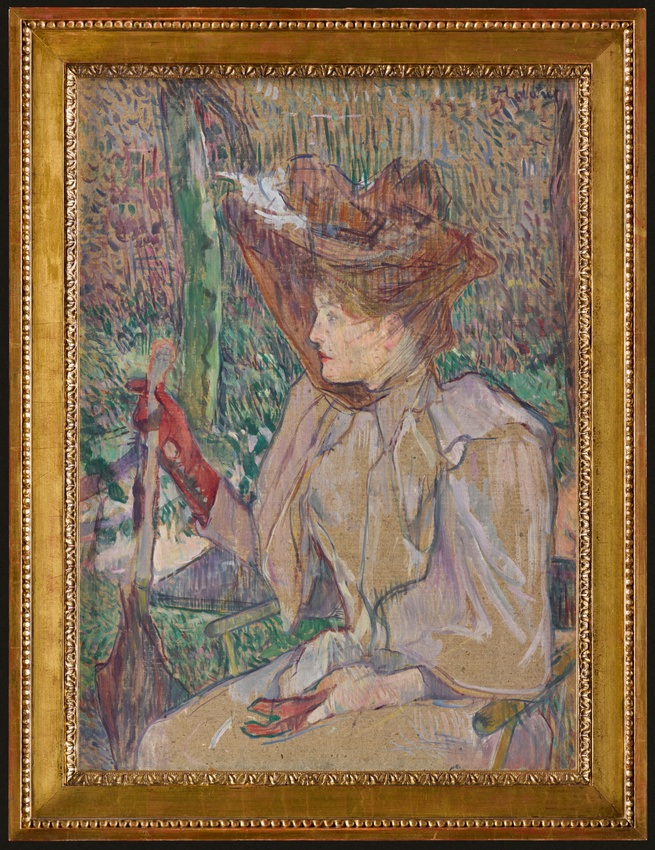 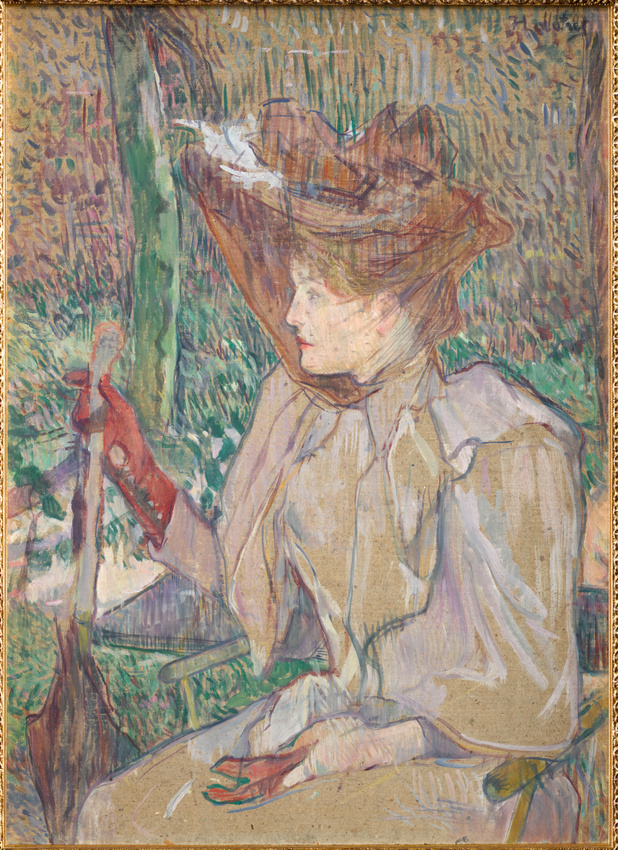 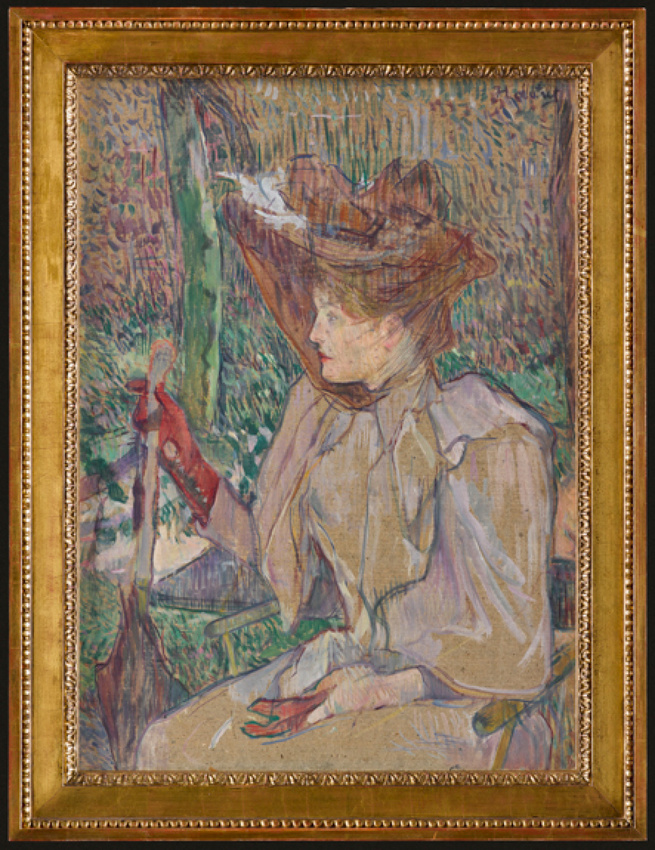 This portrait is typical of the "studies" that Lautrec painted outside, in Père Forest's garden in Montmartre, around 1888-1891. Each time, he used the same range of colours, and employed the brilliant, rapid technique of painting with oil, diluted with turpentine, on card. Of the model, we only know her name: Honorine Platzer. Lautrec clearly had some affection for her as he got her to pose in this garden on three occasions.
Captured almost in spite of herself, her gaze focused elsewhere, the young woman seems be ignoring the painter. The elegant profile of her slim face is seen behind a small veil tied to her enormous hat. Wearing a coat with a small cape and puffed sleeves, she is holding a parasol in her right gloved hand, a detail that emphasises the dignity of her bearing.
Woman with Gloves is probably one of the portraits where Lautrec comes closest to the Impressionists, who frequently painted outside using colours splashed with sunlight. But whereas the Impressionists searched out the passing moment, the ephemeral nature of the effects of light, and did not linger over the features in this type of portrait, Lautrec, in contrast, would disregard the changing elements to capture the inner personality of his models.
Honorine's strawberry-blond hair, blending with the warm tones of her hat, the powerful graphic style and the gentle colouring of her face, the softness of the lines defining her body and clothes, all contribute here to emphasise the dignity and the distinction of this young woman.