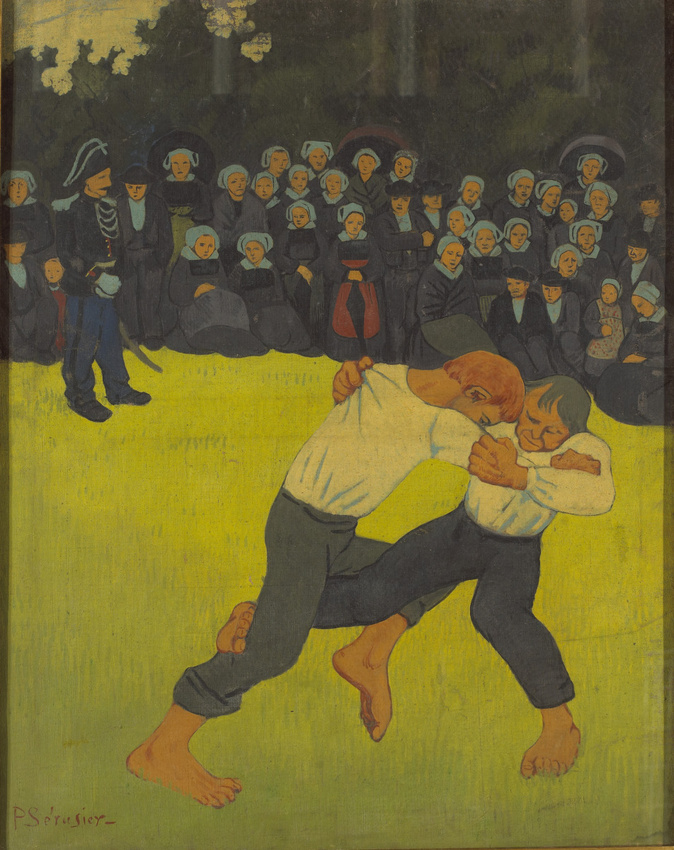 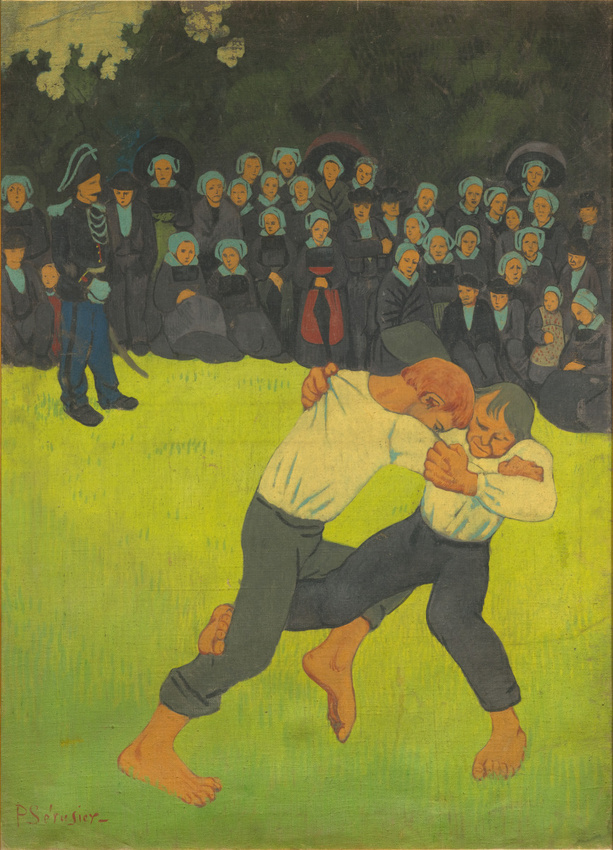 Sérusier's meeting with Gauguin at Pont-Aven in 1888 proved to be a veritable revelation. Under Gauguin's guidance, Sérusier painted the famous Talisman, a small painting, also in the Musee d'Orsay, which quickly became the reference work for the Nabi group, of whom Sérusier was to be the main theorist.
Gauguin's example was even stronger in Breton Wrestling. Two children have come to grips before an attentive crowd, mostly women wearing traditional Breton coifs. The subject refers to two pictures painted by Gauguin in 1889 (Children Wrestling and The Vision after the Sermon) with which Sérusier was probably familiar. The artist often stayed in Brittany. At the time, the region was seen by the artists of the Pont Aven school as a conservatory of ancestral traditions, spared by industrial progress.
Sérusier has depicted the "gouren", traditional Breton wrestling. He has done his utmost to give his painting a naive, archaic feeling: a flat space with no perspective and schematic, almost caricatured figures. The bright, vigorously enclosed areas of colour allude to popular art and the Japanese prints that Sérusier so admired.