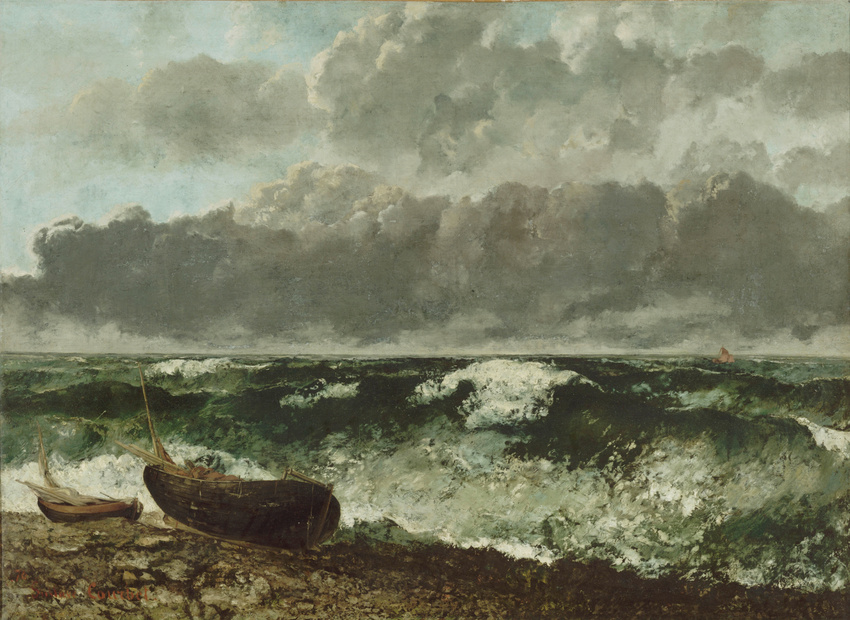 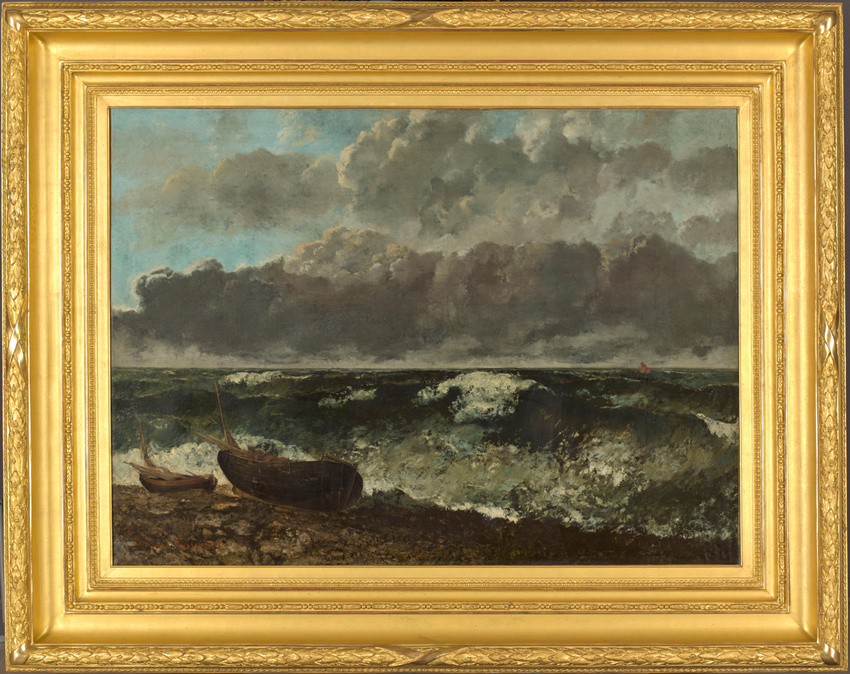 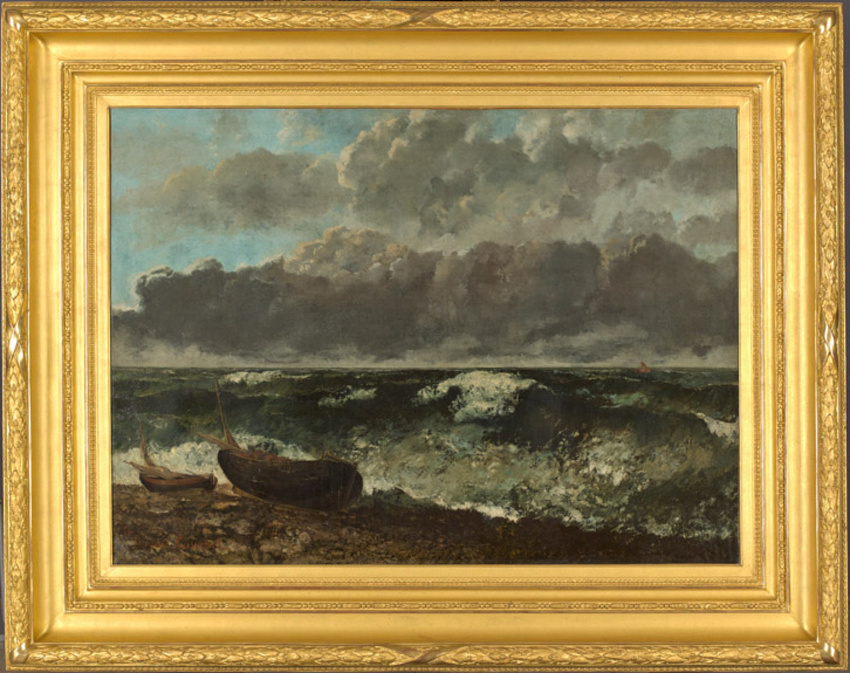 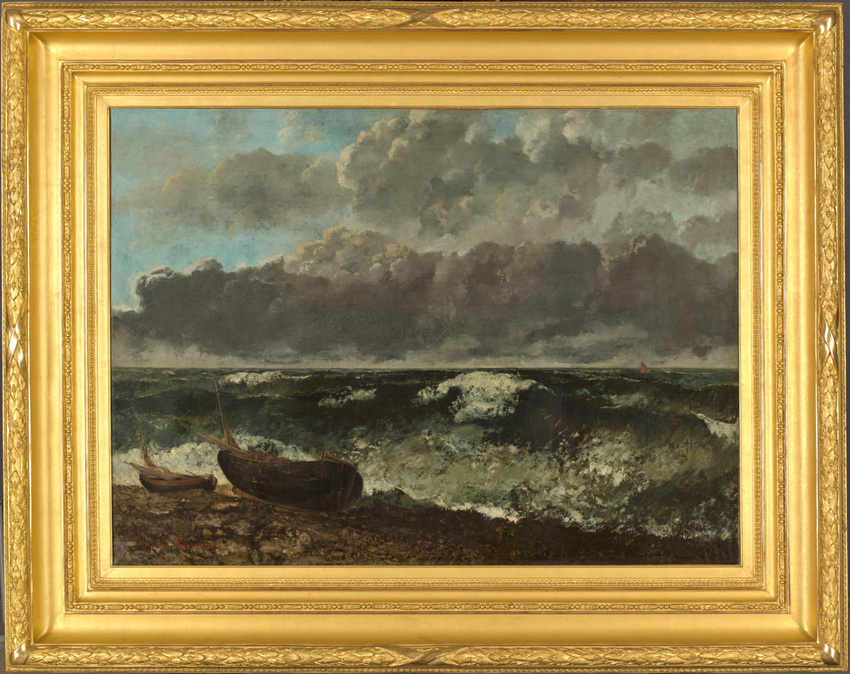 During the summer of 1869, Courbet stayed at Etretat, the small Norman town where Delacroix, Boudin and Jongkind had already spent time painting the sea. The chalk cliffs, the subtle light, along with both the violent storms and the calm of the waves in this region of changing skies, offered Courbet new subjects.
Here, the artist offers an intense vision of the stormy sea, tormented and disturbing, with all the savage power of natural forces at work. "His tide comes from the depth of ages," Paul Cézanne would later comment. Applying thick paint with a kitchen knife, Courbet succeeded in conveying an impression of eternity. He composed his picture in three horizontal bands: the shore, where two fishing boats lie, the waves, painted in a range of dark greens highlighted with the white of the foam, and the lowering sky.
In Gil Blas on 28th September 1886, Guy de Maupassant recounts a visit he made to Courbet during his stay at Etretat: "In a huge, empty room, a fat, dirty, greasy man was slapping white paint on a blank canvas with a kitchen knife. From time to time he would press his face against the window and look out at the storm. The sea came so close that it seemed to batter the house and completely envelope it in its foam and roar. The salty water beat against the windowpanes like hail, and ran down the walls. On his mantelpiece was a bottle of cider next to a half-filled glass. Now and then, Courbet would take a few swigs, and then return to his work. This work became The Wave, and caused quite a sensation around the world".
Courbet Dossier