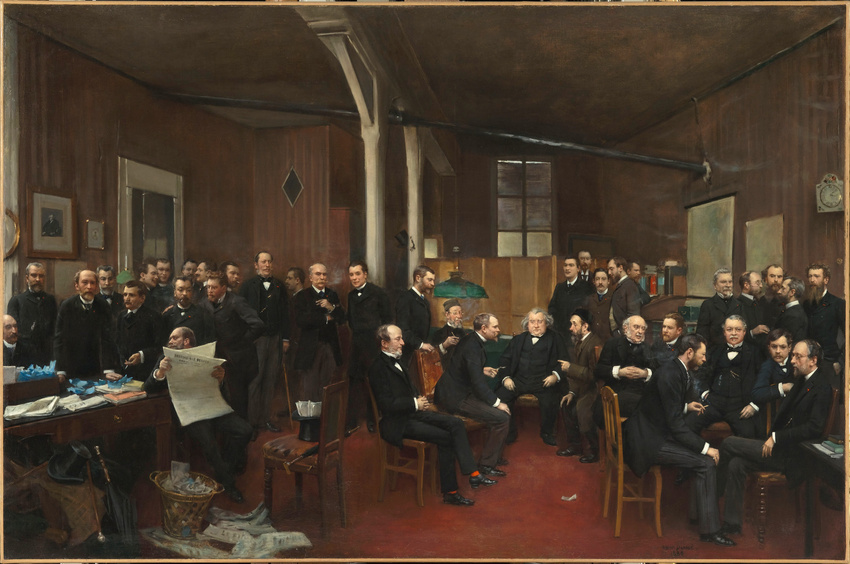 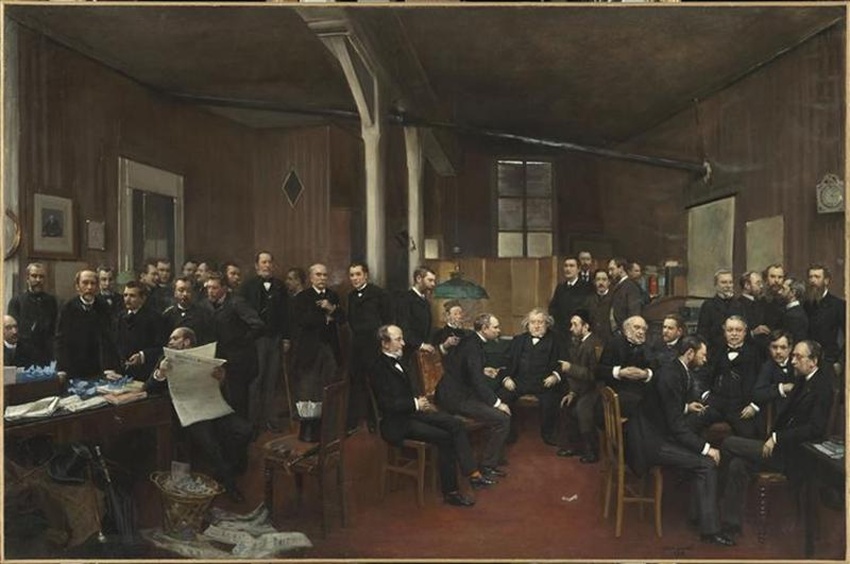 The Journal des Débats was founded in 1789, the year of the French Revolution. In 1812, it had the highest circulation of any newspaper, with 32,000 subscribers. Its liberal standpoint led it to express Orleanist ideas under the constitutional monarchy. It subsequently opened its columns to the republicans, and presented itself, until the end of the century, as a conservative newspaper with moderate tendencies. It ceased publication in 1944.
Béraud's painting was commissioned by the editors of the newspaper to celebrate the centenary of its founding. The painting brings together all the main administrators and contributors of 1889: Taine, Renan, Jules Simon, Paul Bourget et al. On the left hand wall is a reproduction of the portrait of the paper's founder, Louis-François Bertin (1766-1841), by Ingres. It is of course a reconstituted scene, as not everyone in the group could have posed together at the premises of the Journal des Débats.
This subject is rare in the work of Béraud, who usually depicted Parisian daily life. But influenced by Naturalism and Positivism, those in artistic circles began in the late 19th century to turn their attention to scientific, intellectual and business subjects. Nevertheless, it is difficult to detect, in the attitudes of the characters dressed all in black, the "heroism of modern life" typical of the aesthetic of Courbet, Manet, Baudelaire or Mallarmé. Béraud's particular style of Naturalism is translated more by highly detailed pictorial description and photographic representation.