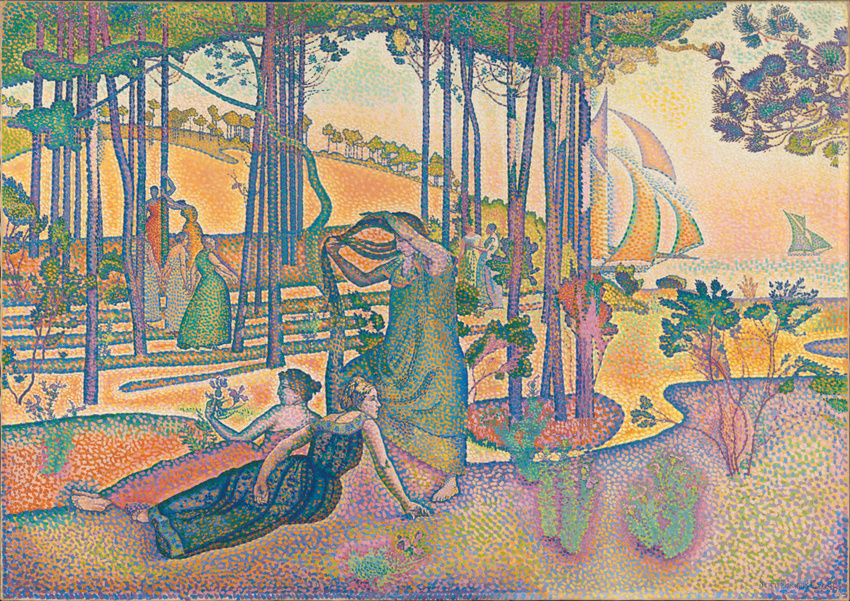 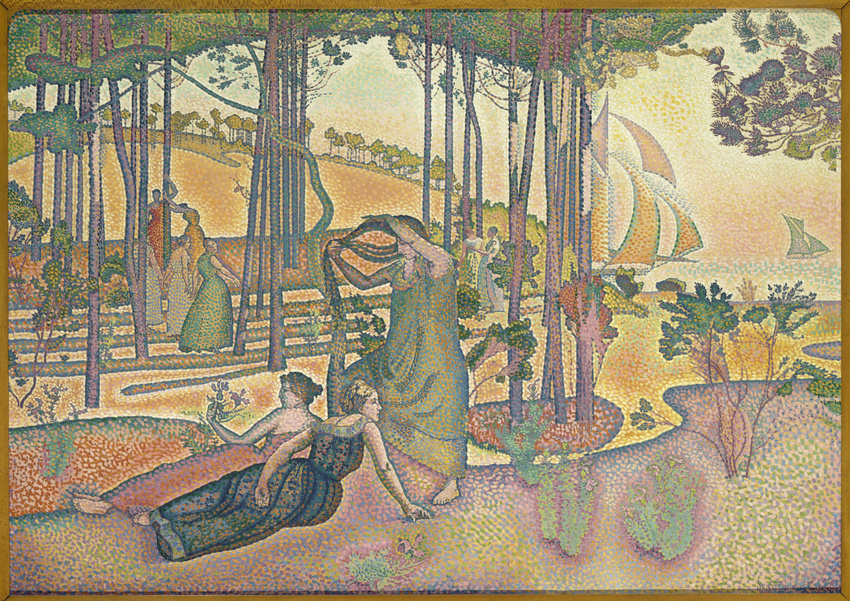 In April 1893, Henri-Edmond Cross, who had been living in the South of France for two years, received a letter from his friend Paul Signac saying: "Since we both know and love this sunny land, why don't we both raise a decorative monument to it?". For Signac this monument became In the Time of Harmony which was hung in the town hall of Montreuil, for Cross it was The Evening Air.
Cross chose late afternoon, when the heat and light were subsiding. His whole work expresses the plenitude of this time of day: the soft colours of the setting sun, the harmonious balance of horizontal and vertical lines, and the figures in attitudes suspended in time.
Although the painter stayed true to the dotted Neo-impressionist technique, he had to adapt it to the large size of his composition. He used large rectangular brushstrokes which enhanced the decorative effect of the painting by creating a mosaic effect.
The decorative aims of the work, a new direction for Cross, and the classical arrangement of the composition in which the figures fit perfectly into an ideal landscape are derived directly from Sweet Land by Puvis de Chavannes, now in the Musée Bonnat in Bayonne.
Cross showed the painting at the third exhibition of the Neo-impressionist group and the Salon des Indépendants in 1894, before giving it to Signac. Henri Matisse saw it for the first time in Signac's dining room at La Hune and in turn used it as an inspiration for his painting Luxury, Calm and Voluptuousness.