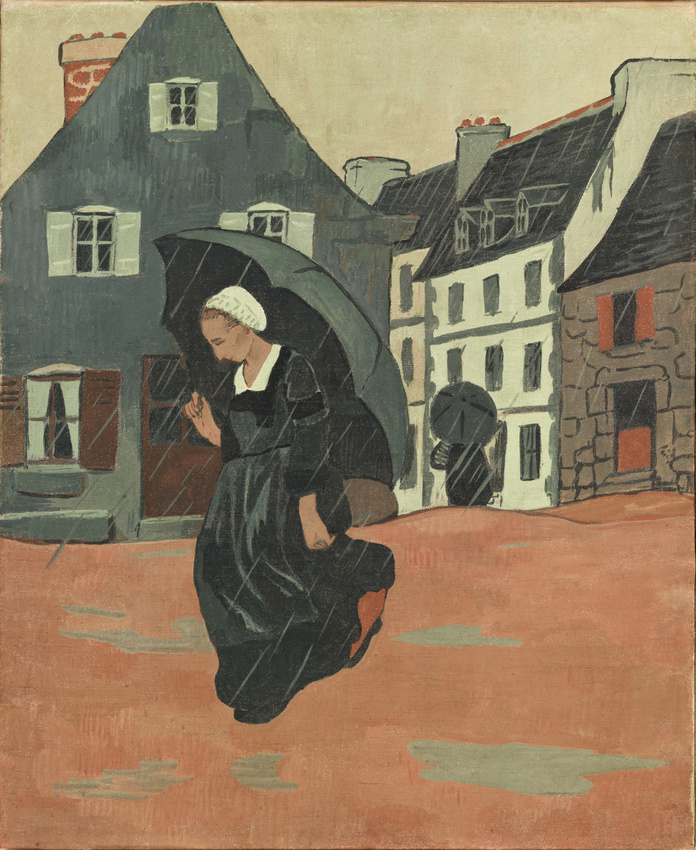 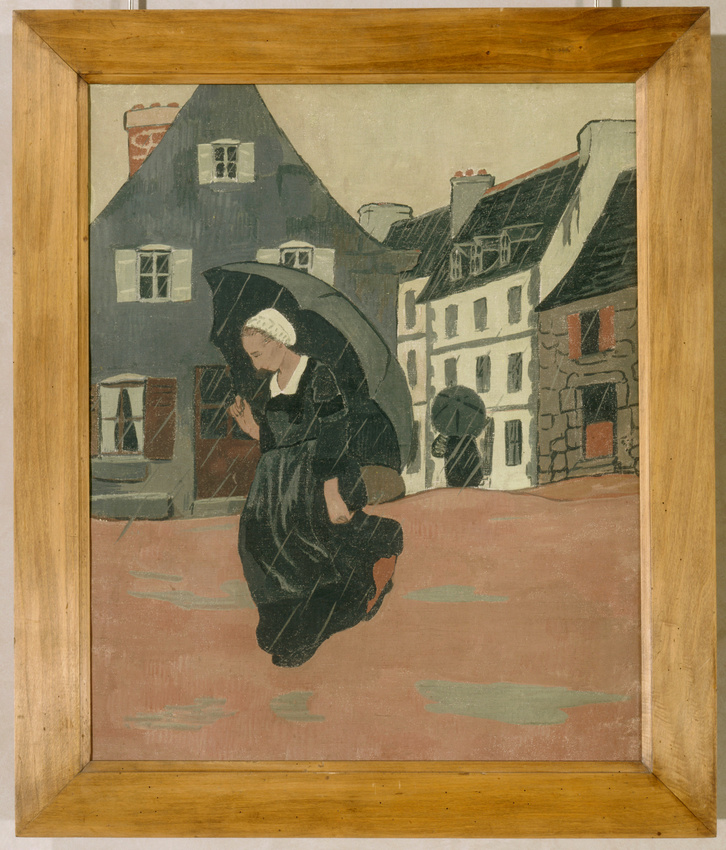 Five years had passed since Gauguin gave Sérusier the famous painting lesson, near Pont-Aven. Sérusier, remaining faithful both to Synthetism and to Brittany, often used to stay at Huelgoat (Finistere), where he produced this painting. The rain, an everyday feature of the Breton climate, here takes on a timeless aspect, with grey hatching, applied like a decoration. Following Gauguin's teaching, which advocated simplifying shapes and colours, Sérusier concentrated the expression of his subject into a few lines, excluding details. This synthetic treatment is particularly eloquent in the shape of the small character in the background, who, with her umbrella directly above her skirt, resembles a mushroom. In the foreground the stylisation of the young woman is reminiscent of the foreshortening and simplicity of Japanese woodcuts. Like his Nabi friends, Sérusier did not conceal his admiration for Far Eastern prints which he copied in order to absorb them better. He probably took the subject for this painting from the Japanese: rain, snow and squalls were popular themes with the artists of the Edo period (1615-1867).
As in the engravings, priority is given to line over colour. For Sérusier, too many colours spoiled "the whole. It's enough to have three or four well-chosen colours, and that in itself is expressive; adding other colours only weakens the effect".
Thus the colours here are reduced to a few olive and earthy tones, evoking Italian frescoes. The Downpour also takes its monumental and timeless view of the subject from the Primitives. Sérusier loved the archaic character of Brittany, conservative and unchanging in its traditions. "Modern clothes change too often," he wrote,"so I dressed my figures in Breton costume, which is timeless".