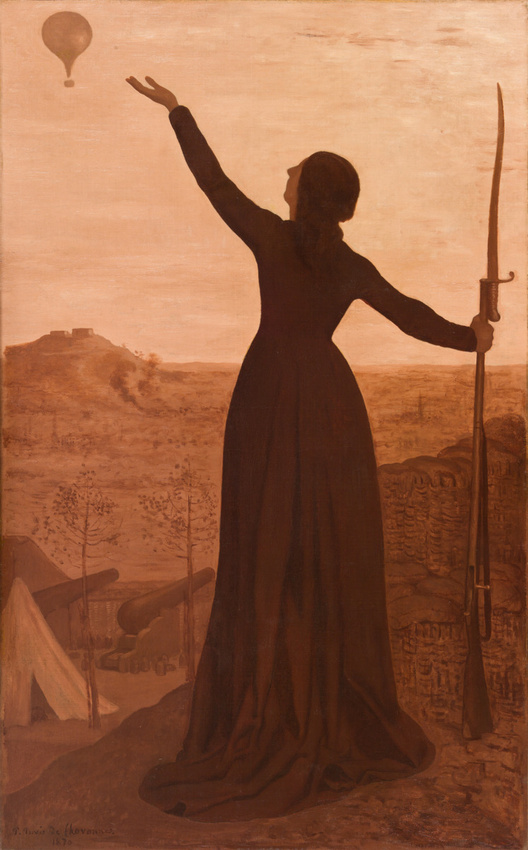 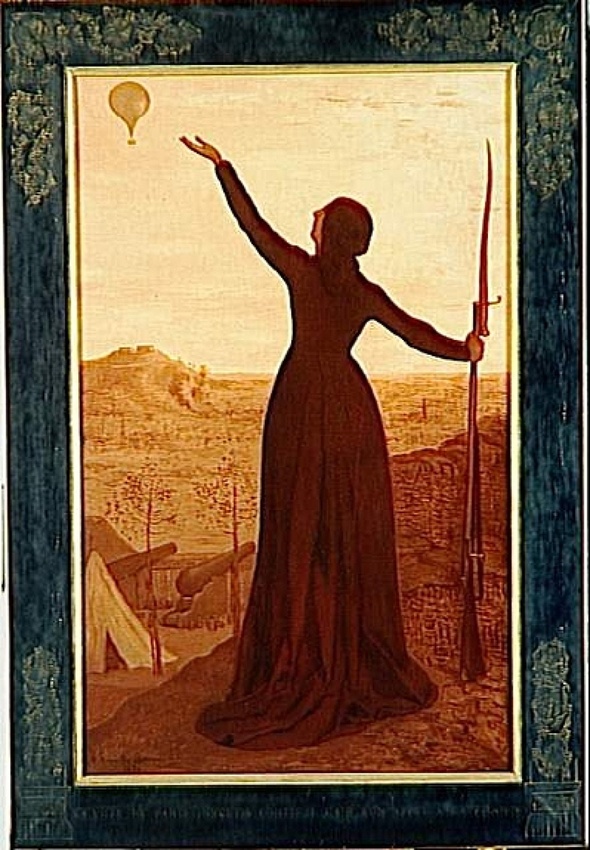 It was while he was on the ramparts of Paris, when the town was besieged by Prussian troops in 1870, that Puvis had the idea for The Balloon. It was completed by the end of November, and immediately distributed through a lithograph by Emile Vernier, reviewed in the press and admired by the intellectual and artistic elite. They encouraged the artist to produce another to match it. The Pigeon was painted at the beginning of 1871, and again distributed through a lithograph by Vernier.
There are several preparatory drawings and painted sketches (Paris, Musée Carnavalet). But the large paintings are in tones of brown, a fitting colour for the sombre events from which the iconography was drawn. Puvis knew how to avoid the picturesque and dramatic anecdote, so common at the time, and achieve a moving symbol. The paintings echo each other point by point. In The Balloon, a woman with a musket, dressed simply in a severe black dress, turns towards Mount Valérien and waves towards the balloon bearing the news. In The Pigeon, the same figure in mourning, this time portrayed frontally, collects the carrier pigeon which has escaped the talons of the hawks sent by the enemy. In the distance, the Île de la Cité is buried under the heavy snowfalls of that hard winter.
In 1873-1874, Puvis donated the two paintings to the French government for a lottery in New York organised in aid of victims of a great fire which destroyed Chicago in 1871. But he was very attached to these paintings and subsequently regretted handing them over. During his private exhibition at the Durand-Ruel Gallery in 1887, he even displayed photographs of them to compensate for their absence.