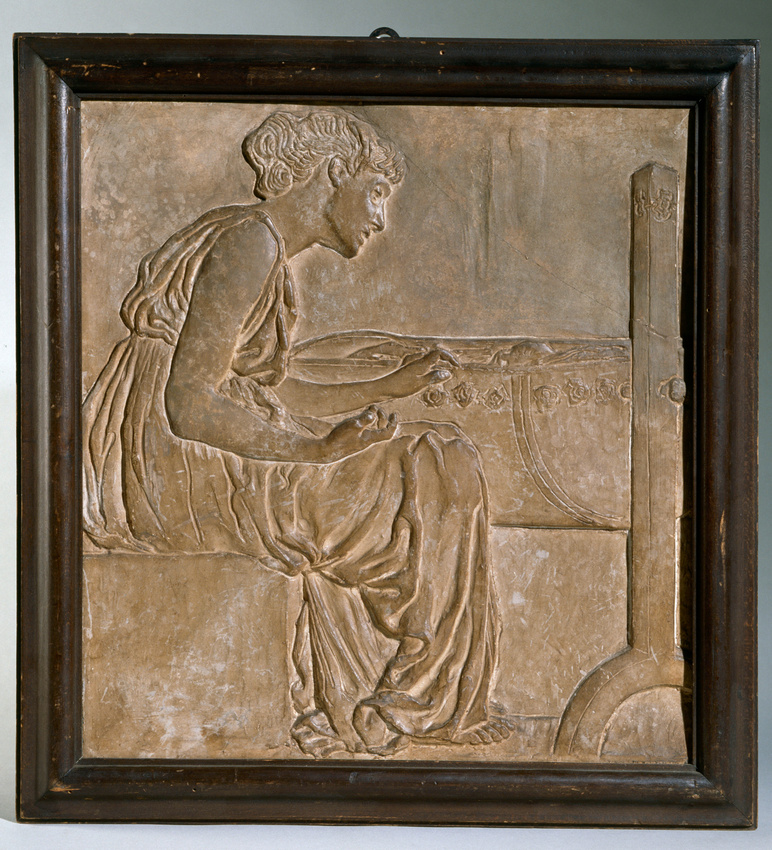 Attracted by symbolism with a spiritual tinge, Bistolfi spent much of his career designing funerary monuments expressing the anguish of death and the mystery of the hereafter, which earned him the nickname "sculptor of grief".
The Cradle is one of the reliefs which decorated the Monument Commemorating the Battle of Madonna di Campagna (1706), commissioned from Bistolfi for the site of the battle, inaugurated in 1906, and completely destroyed during the Second World War.
This piece is however treated in a very different way from the other reliefs on the monument: The Gravedigger, Seedtime and The Harvest are impregnated with a feeling of social realism comparable to that of Meunier. Here, on the contrary, Bistolfi exploits a concise, sparing idea of low relief that brings to mind the Viennese Secession. The planes are not allusive but clearly separated, the bodies are not drowned in shadow but solidly constructed, conveying restrained sensitivity. Instead of working on fleeting expressions, exploring dream and imagination, the artist treats forms in a summary way which gives poetic expression to inner feelings.
Italian sculpture is poorly represented in the the Musée d'Orsay, whose only significant works in this field are two sculptures by Medardo Rosso and the Bugatti collection. The purchase of this relief brought the collection a different aspect of Italian art from around 1900.