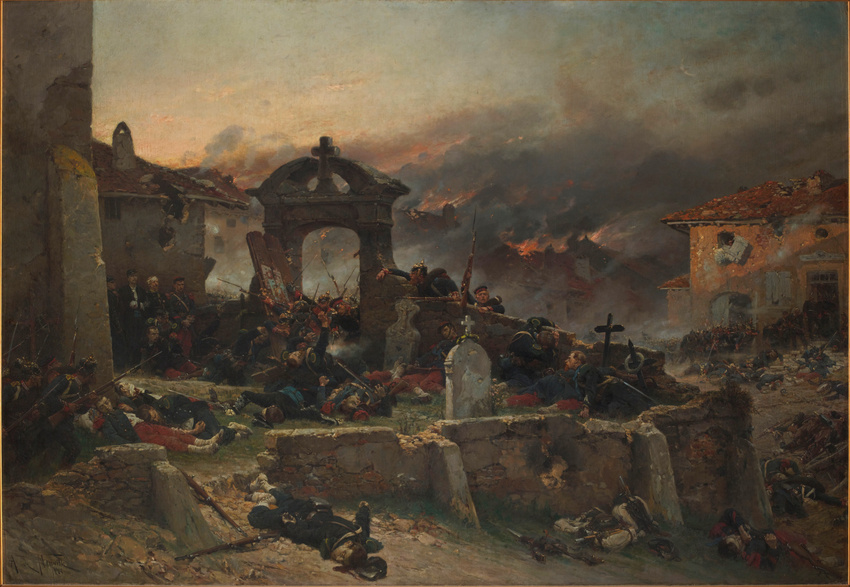 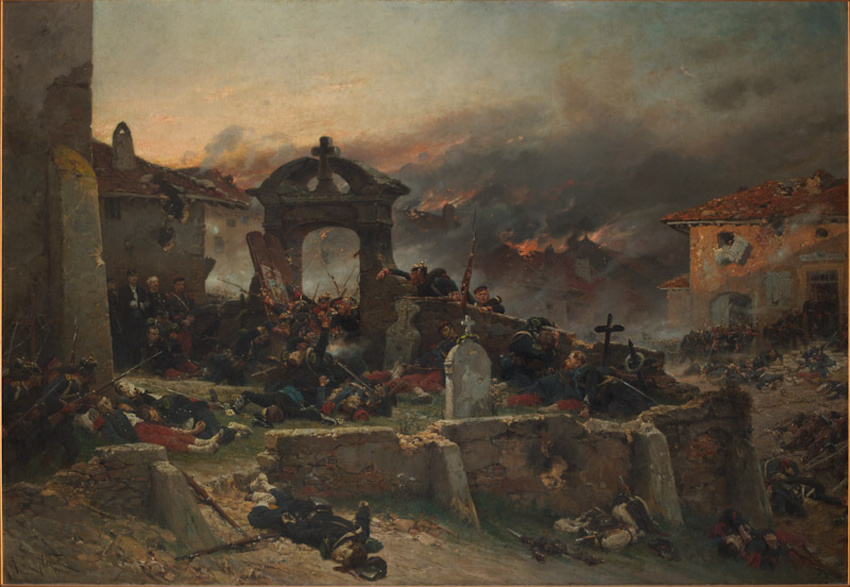 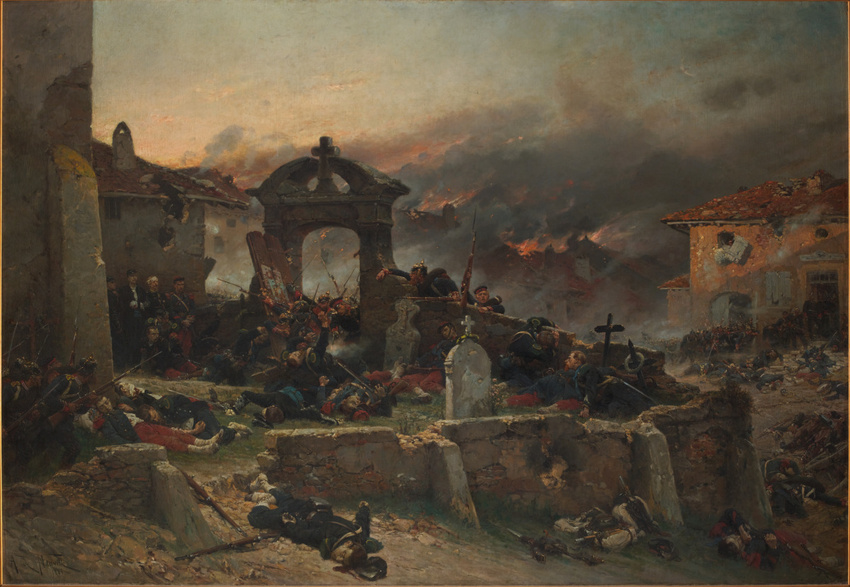 Alphonse de Neuville, like Edouard Detaille, was one of the main artists to paint episodes from the Franco-Prussian War of 1870 and the theme recurs frequently in his prolific production. At the Salon of 1873, where he exhibited The Last Cartridges, an episode in the fighting around Sedan in September, he was a great success and was promoted to the rank of Knight of the Legion of Honour.
From then on, he produced monumental paintings of various episodes in which the French troops had distinguished themselves, participating in the idea of revenge while defending and strengthening Republican patriotism. Here he evokes the last moments in the battle in the Cemetery of Saint Privat, near Metz, on 18 August 1870, where Marshal Bazaine's army was fighting the first and second corps of the Prussian army.
After visiting the site to familiarise himself with the lie of the land, de Neuville chose a lateral view which confines the spectator in the foreground slightly below the scene of the fighting, facing the last French defenders who can be recognised by their red trousers. The soldiers, surrounded on all sides, are depicted in theatrical poses. The light filtering through the smoke in the upper part of the painting intensifies the dramatic effect. Exhibited in 1881, this painting was a further triumph for its author who was immediately promoted to the rank of Officer of the Legion of Honour.