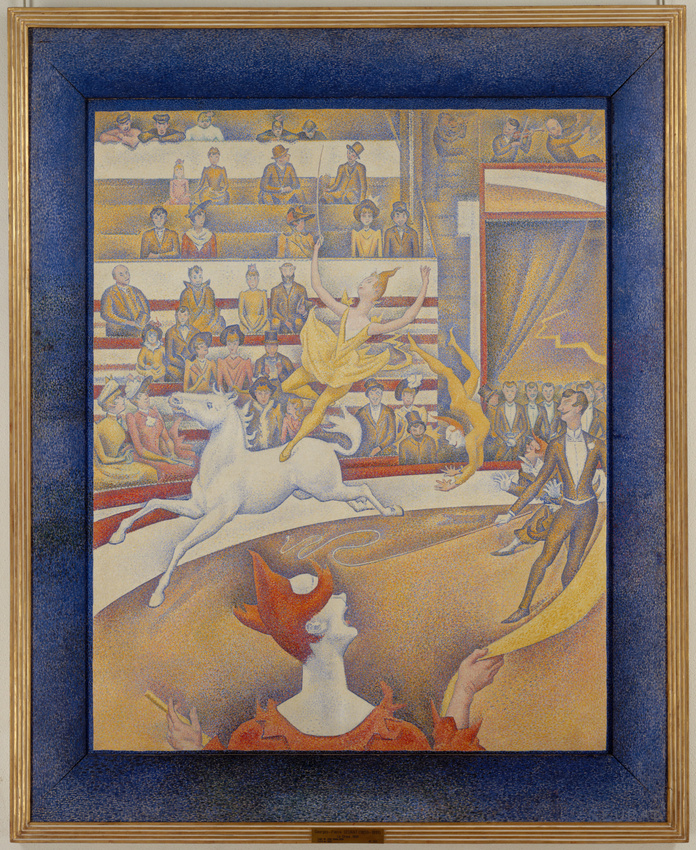 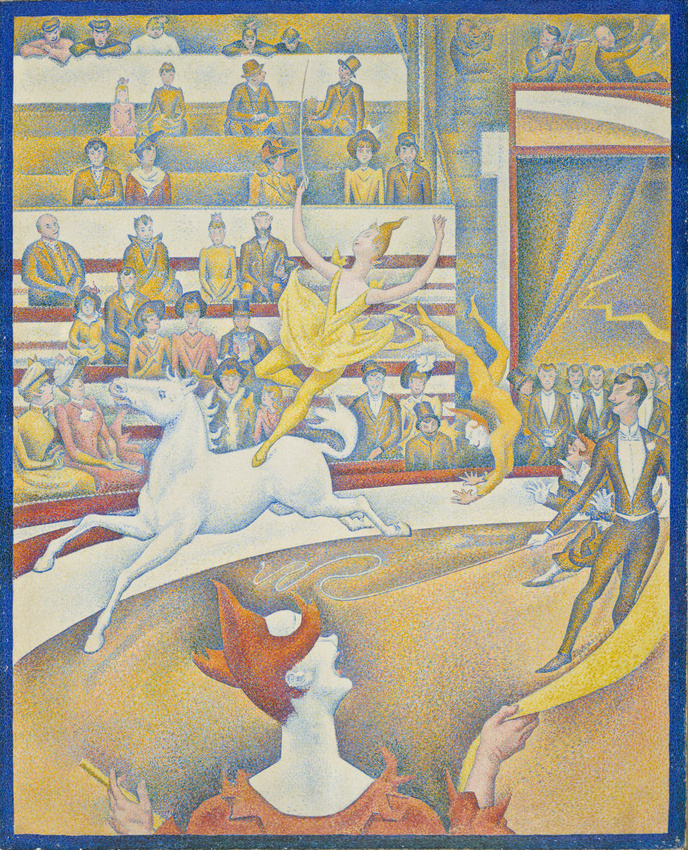 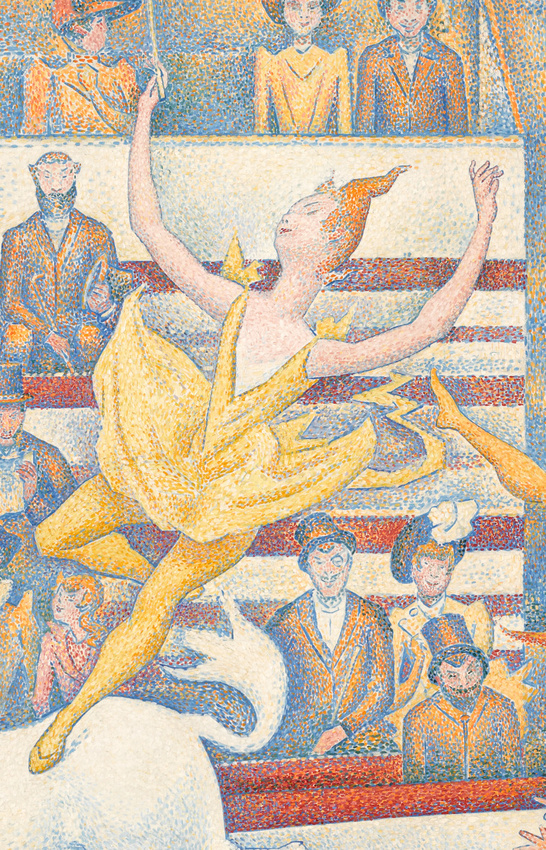 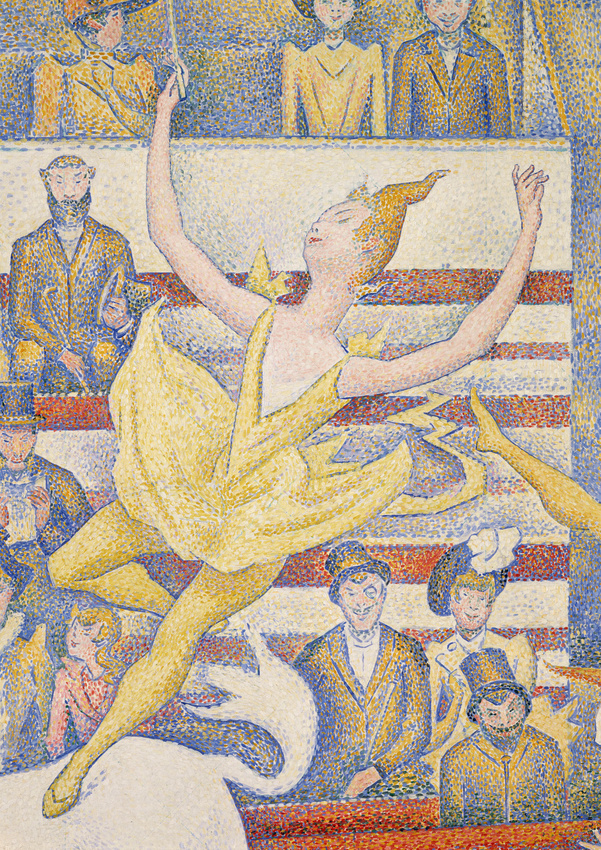 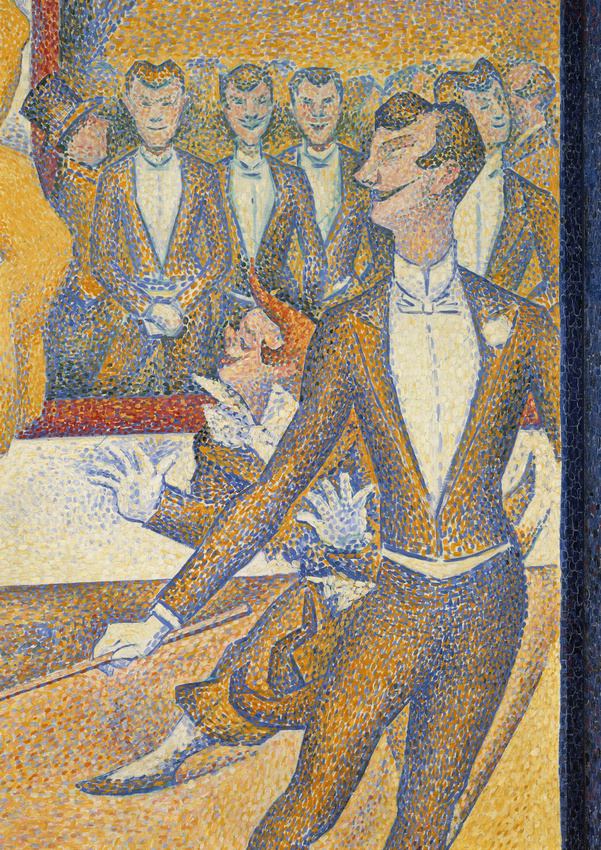 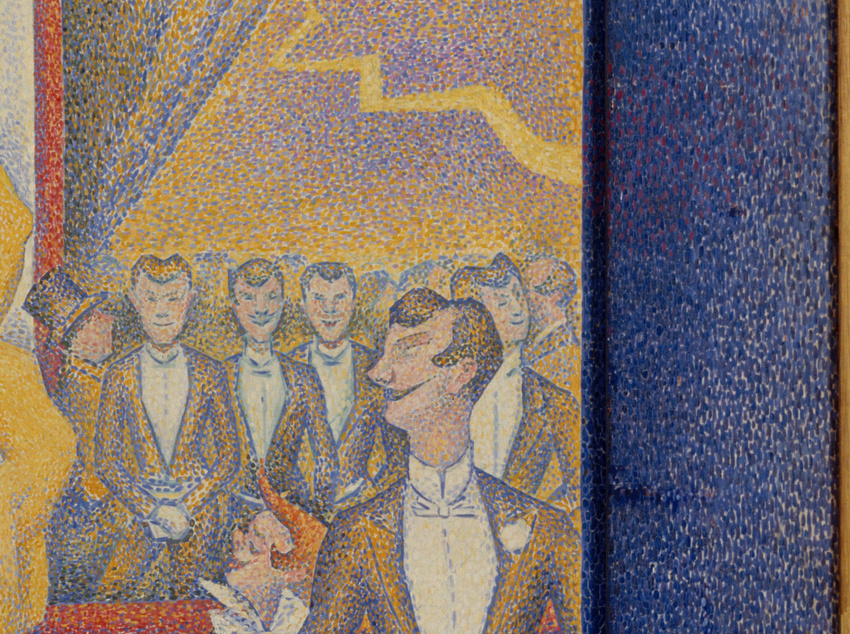 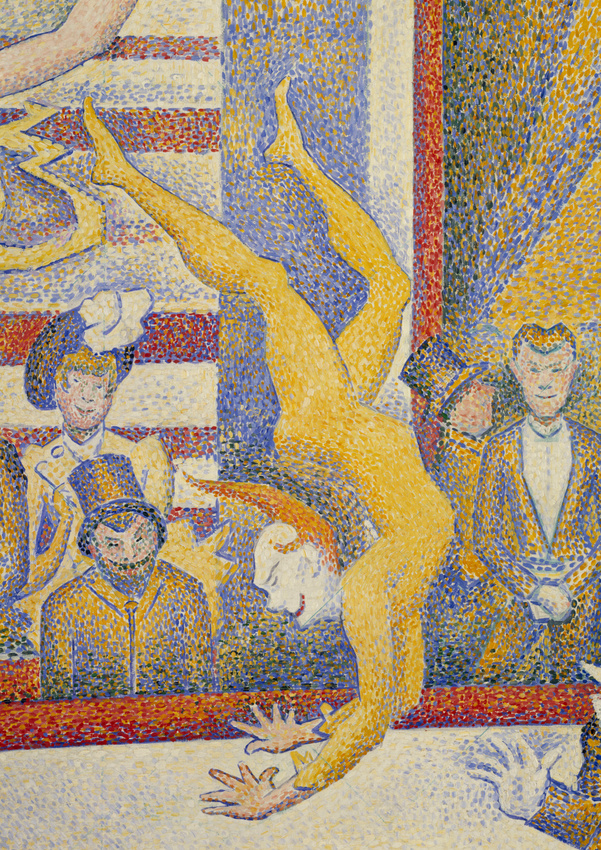 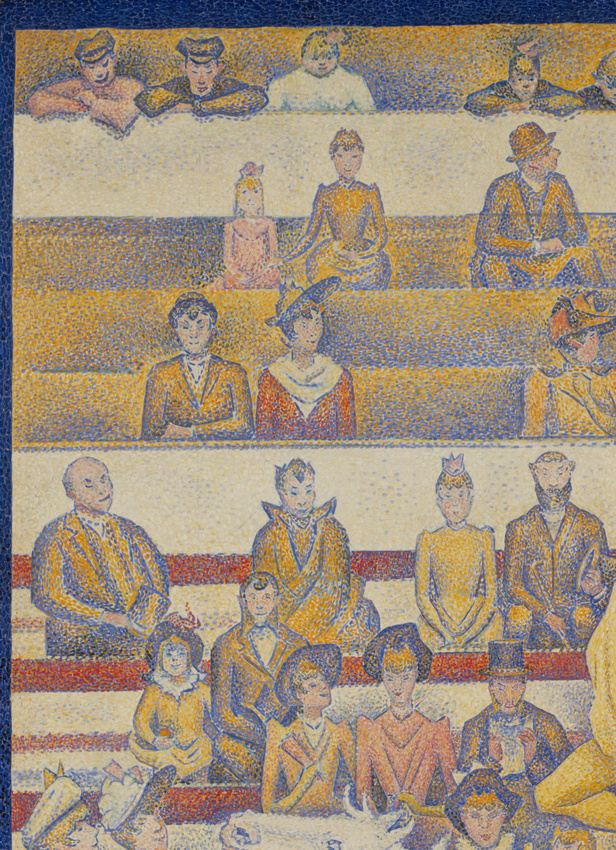 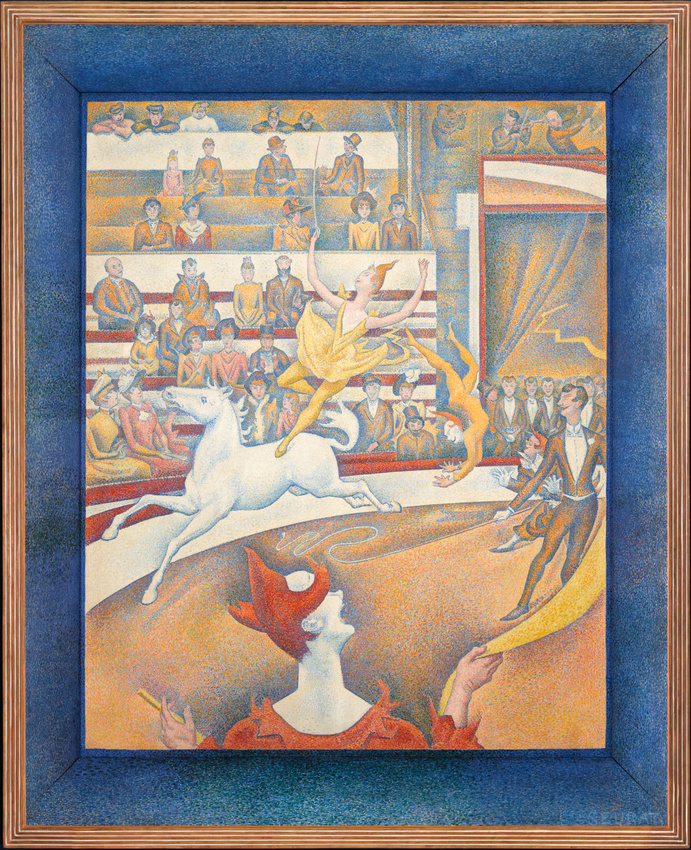 Coming after Parade and Cancan, Circus was the third panel in a series by Seurat on the popular attractions of the modern city and its late-night entertainment.
The circus theme was often covered in the 1880s, especially by Renoir, Degas and Toulouse-Lautrec. But Circus is seen as one of the most impressive applications of Divisionist theory. In it, Seurat interprets Charles Henry's theories on the psychological effects of line and colour as well those on optical mixing of colours formulated by Chevreul and Rood.
When the painting was exhibited at the Salon des Indépendants in 1891, one critic observed that "everything in Circus achieves harmony through analogy, through the conciliation of opposites, conspiring towards a sense of gaiety: ascending lines, successive tone contrasts, pronounced dominance of orange, highlighted by a frame which creates an opposition of tone and colour with the whole...".
Two spaces are juxtaposed: the space for the stage and the artistes, all curves, stylised arabesques and spirals, filled with dynamic tension, or imbalance even; and the space for the seating and the public, rigid, orthogonal, motionless, strictly geometrical. The colour scheme also obeys precise rules: the primordial colour, that of pure light, white, dominates the canvas. The palette then harmonises the three primary colours: red, yellow and blue, modulated in small methodical brushstrokes echoing the rhythm of the lines. Finally Seurat isolates his painting both with a dark border painted directly on to the canvas and a flat frame in the same shade of blue, making it an integral part of the work.
With this unfinished painting – the painter died of diphtheria a few days after the Salon opened - Seurat was seeking to create a symbiosis between artistic creation and scientific analysis, a subject of great popular interest in the 19th century.