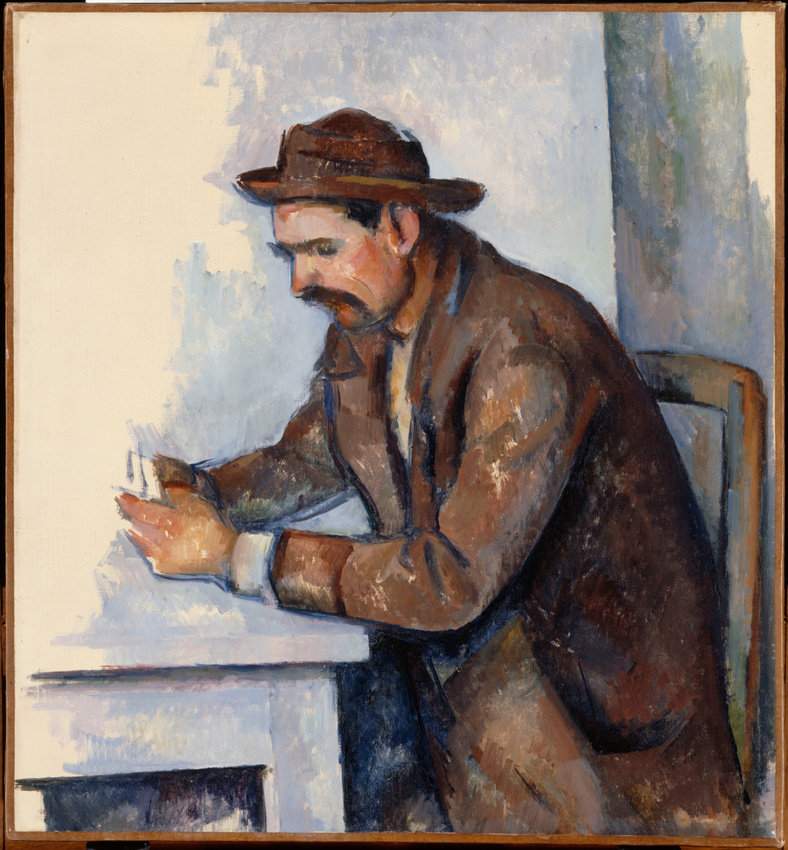 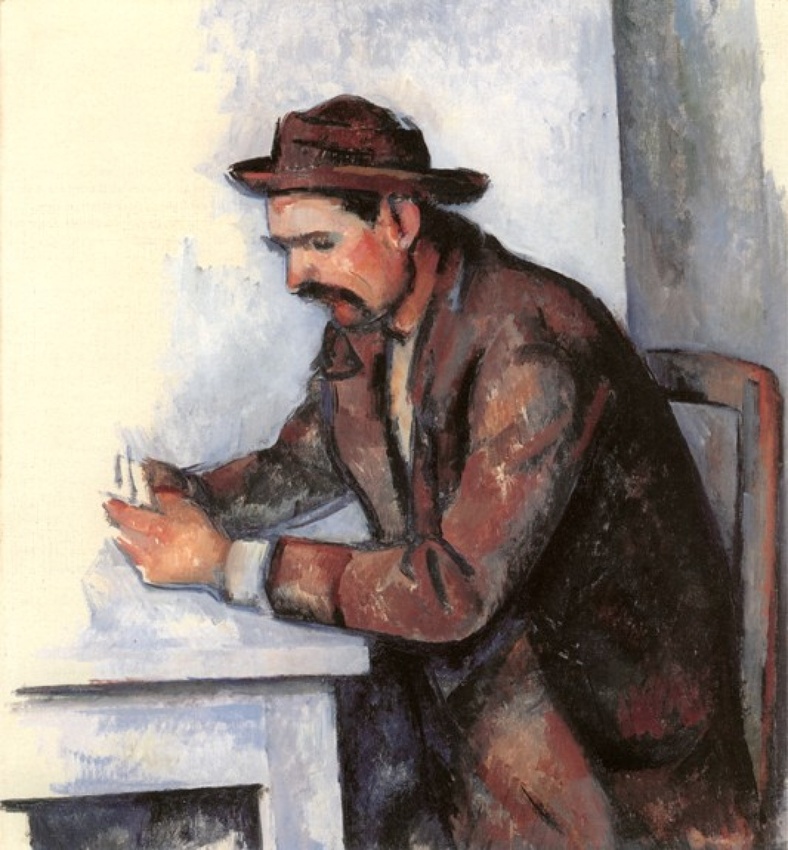 At the beginning of the 1890s, Cézanne produced five paintings on the theme of card players. They differ in size, in the number of characters and in the importance of décor. This work is one of the many preparatory studies associated with this series.
It shows a card player who features in the two largest versions, but in a reversed position (Merion, Barnes Foundation; New York, The Metropolitan Museum of Art) as well as in a scene with two characters (private collection), showing, as here, his left profile. The character with the drooping shoulders, now a "Cézanne figure", forms a solid mass, providing stability, with the other players, in the definitive compositions. His presence produces an effect of monumentality often found in portraits painted by Cézanne.
This simple man is in deep concentration, in absolute silence, so frequent for an artist. There is a mysterious or enigmatic quality to Cézanne's works on the theme of card players and several hypotheses have been advanced as to the order of their completion. The three reduced versions have carefully thought-out constructions that could indicate they were completed after the other two compositions, which are fuller, and denser in appearance although less developed. Characteristically, Cézanne would have progressed towards simplification, eliminating figures, reducing the size of the painting, and removing all the anecdotal accessories of the "genre scene". With its distinct appearance of a "study", The Cardplayer partly reveals Cézanne's approach to a theme: a "meditation" through successive preliminary works based on single characters. Usually drawings and watercolours preceded the slowly elaborated compositions, making this preparatory study, painted in oils, particularly interesting.