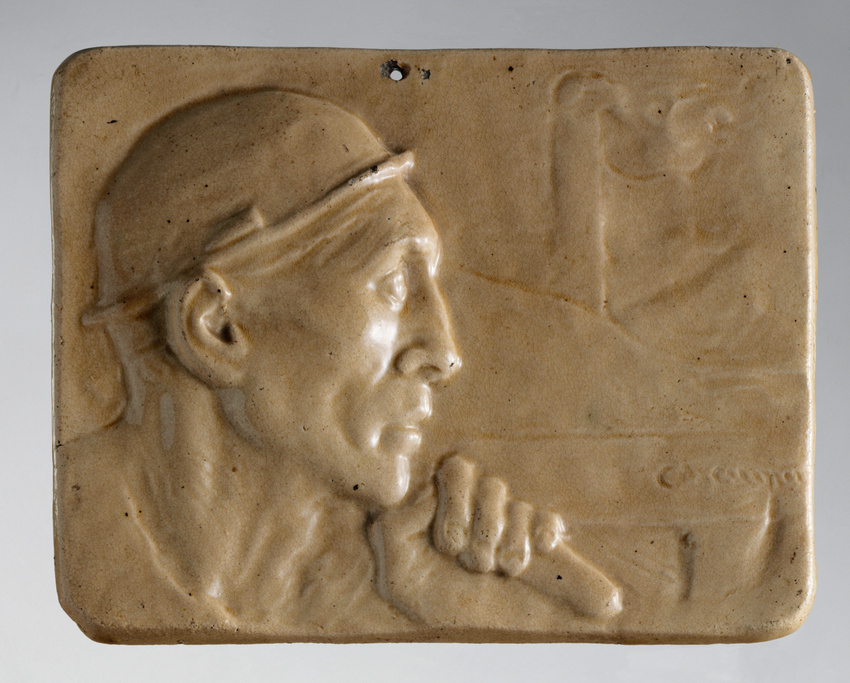 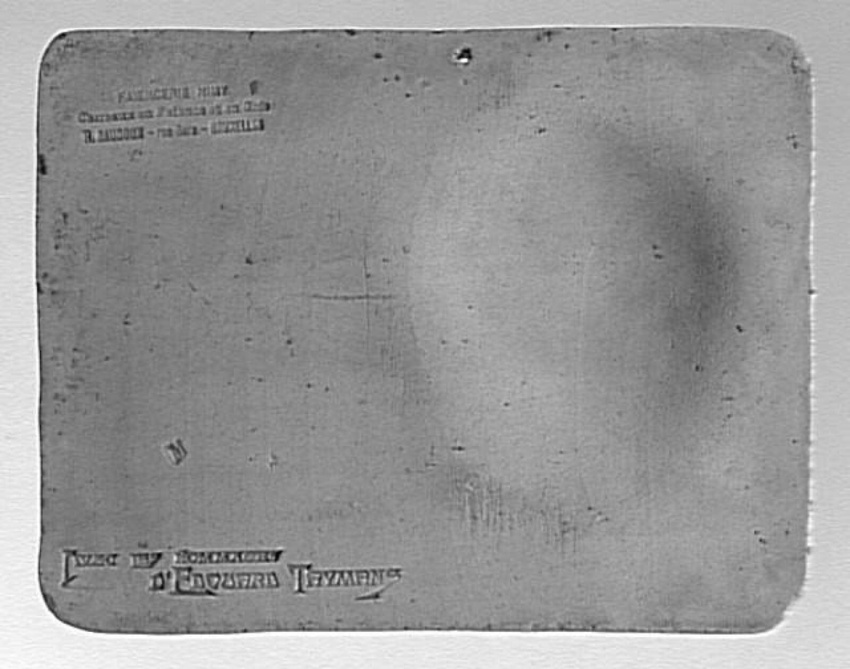 In 1904, Edouard Taymans, a coal merchant and lover of Belgian art, commissioned this plaque from Constantin Meunier as a gift for his best clients. There are, therefore, many copies in plaster, bronze and stoneware, without counting those cast from a working mould. According to a brochure, about five thousand copies were produced by the ceramic engineer Henri Baudoux.
In the 1880s, Meunier was profoundly influenced by the discovery of a mining basin in the province of Hainaut in Belgium, the "Black Country". He became a militant socialist and joined the Workers Party of Belgium, a political commitment found in his artistic production. From then on, the world of work in the "Black Country" constituted the main theme of his works.
At the Salon de la Société nationale des Beaux-arts in 1893, the sculptor exhibited a low relief in bronze, Miners leaving the shaft, with lines of exhausted faces similar to those in the Taymans plaque. Here, the warmth of the stoneware contrasts with the Pierrot Lunaire profile of the miner. In the background, a slagheap and a smoking chimney form the obliques and verticals typically found in the "Black Country". As this was one of an edition, the plaque Le mineur is an example of how images of Belgian social art could be disseminated, even outside that country.