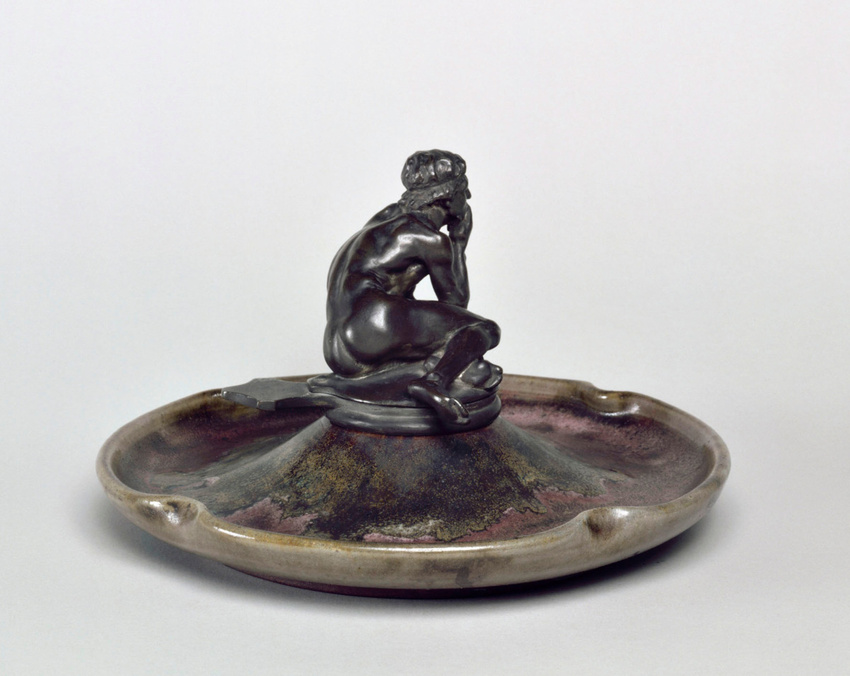 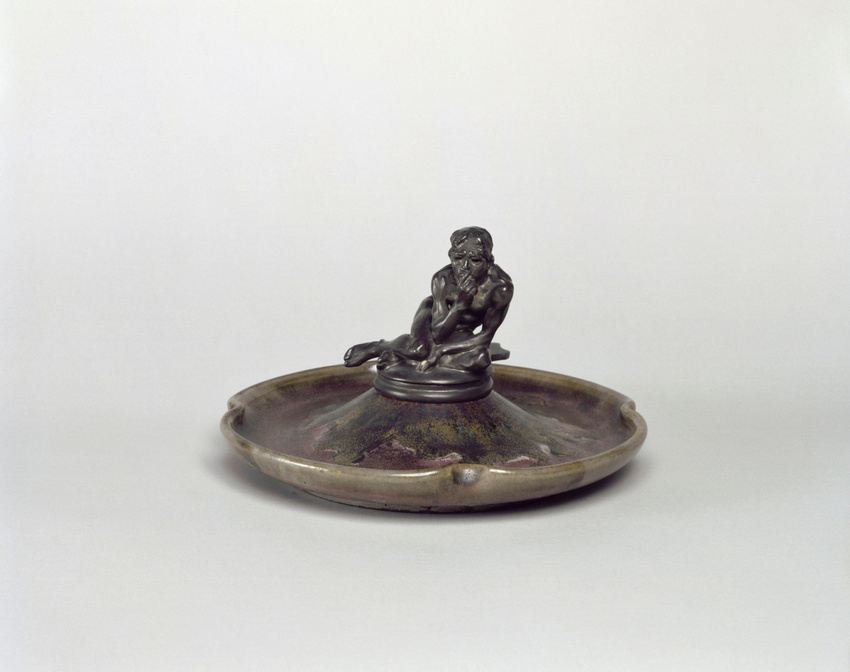 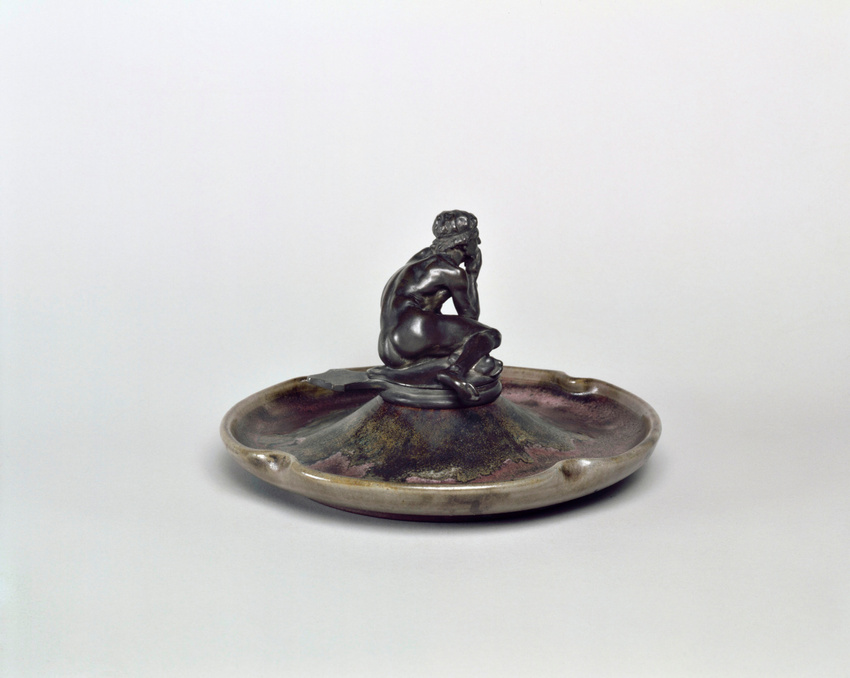 The figure of The Thinker was probably composed by Charpentier to complement the inkwell already created by Delaherche. In fact, in the catalogue for the 1895 Salon de la Société nationale des Beaux-arts, where The Thinker was exhibited for the first time, it is labelled as follows: "Pewter inkwell lid for a stoneware piece by Delaherche". Moreover we know that the production of Delaherche's work at the studio in rue Blomet, where the inkwell came from, finished in 1894.
The very simple shape of the inkwell's tray emphasises the decorative effect of the random play of colour of the flambé glaze. The contrast of its vivid, shining colour enhances the matt appearance and smooth texture of the pewter sculpture.
In 1896, when a copy of this inkwell was sent to the second Libre Esthetique exhibition in Brussels, Madeleine Octave-Maus judged it to be "one of the most accomplished objects in the applied arts". Charpentier and Delaherche gave it to Octave Maus, who organised this exhibition.
Just as Rodin liked playing around with his "pieces", Charpentier liked to come back to a decorative motif and reproduce it in different materials. So, several years later, he re-used The Thinker for another inkwell model. Designed by Maurice Dufrêne (1876-1955) and realised in stoneware by Pierre-Adrien Dalpayrat (1844-1910), it was then reproduced by the La Maison Moderne. Both versions of the inkwell were equally successful.