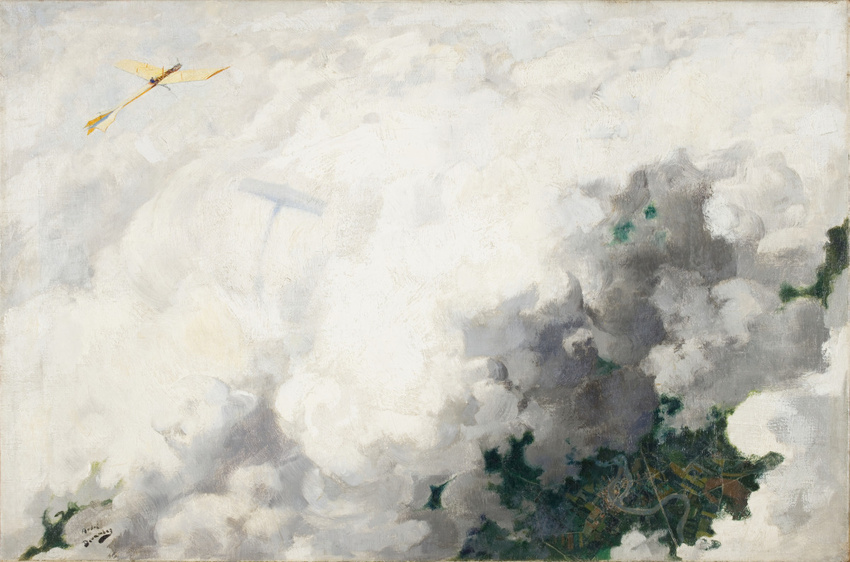 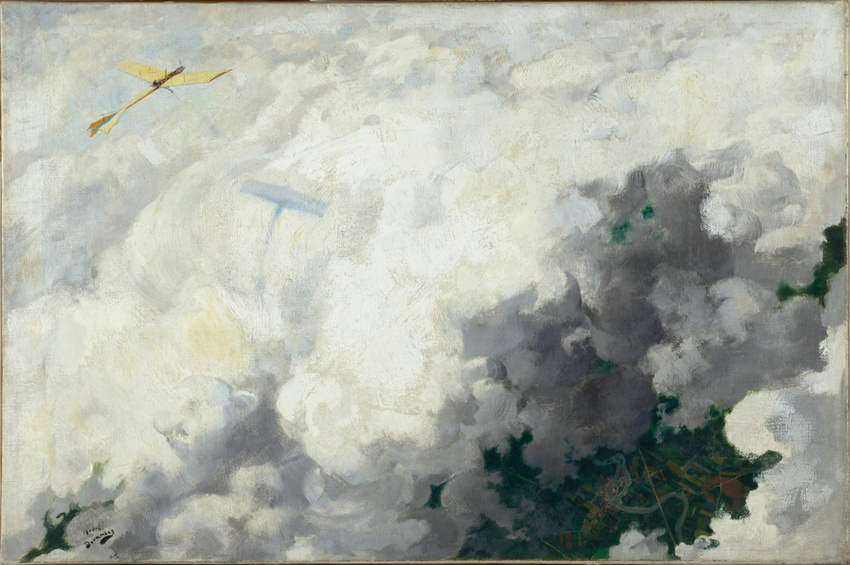 In 1909, Devambez was asked to produce twelve decorative panels for the French Embassy in Vienna. He chose recent innovations such as the blimp, motor racing, the Metro, telephones and aviation as his themes. It was the first time he had tackled aviation and he went to the Mourmelon aviation camp in the Marne to research the subject. Even before he had started the panels for Vienna, he published a drawing called Impression of Mourmelon in the magazine L'Illustration.
A few weeks later, L'Illustration printed a double page colour reproduction of The Only Bird That Flies above the Clouds. There was a poetic reference to the painting in an article in the same issue. The anonymous author wrote that even if Devambez had climbed into one of these craft himself, "He could not have caught the sight with more striking precision: the big chrome bird bathed in light, casting a pale shadow on the fleecy cumulus clouds, scarcely denser than the shadow of a dragonfly skimming over the surface of a still pond."
After 1910, Devambez continued to draw aircraft in flight, high above the countryside and cities. Even more so because the Fine Arts Department encouraged this rather classical approach which translated the evolution of the contemporary world and its technologies. In 1934, the artist's interest in aviation earned him the title of official painter for the newly created Air Ministry.