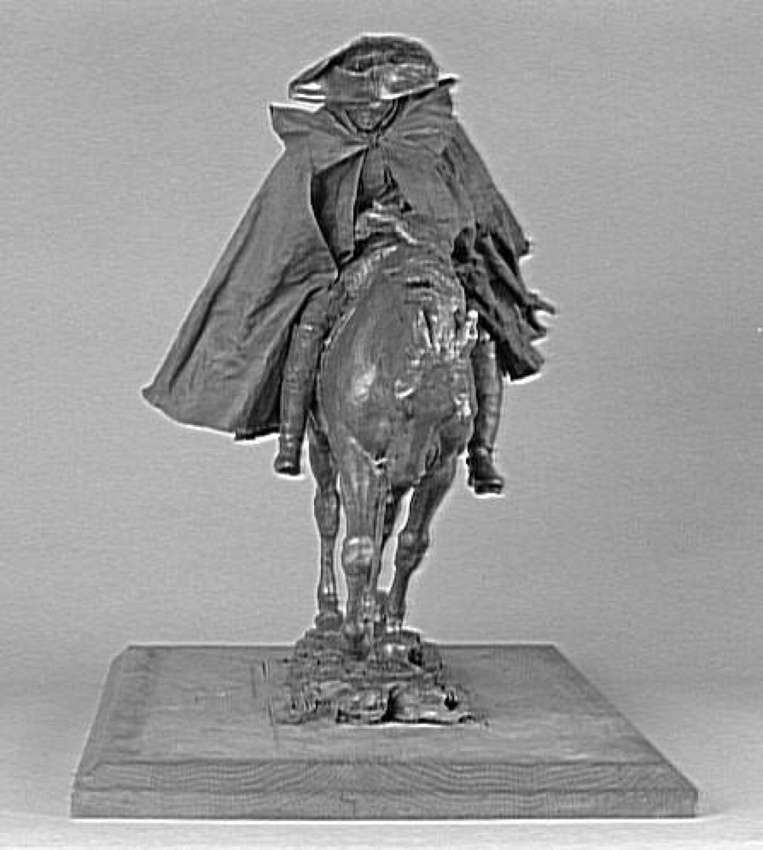 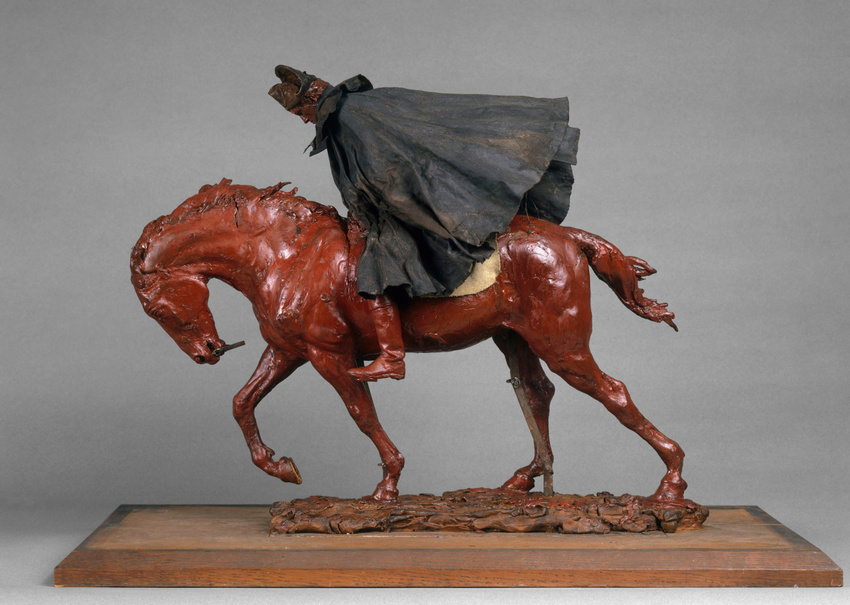 Hunched over his horse's neck, struggling against the wind and lashed by the rain, The Traveller is probably the most remarkable of all the statuettes made by the painter Meissonier and certainly the most romantic. The powerful modelling of the animal, the taut lines of the horse's legs and the man's torso heighten its intensity. But the model is also impressive for its attempt at verism, seen in the use of real material for the coat and the miniature leather reins.
It was not until after Meissonier's death, during two posthumous exhibitions in 1893, that the public discovered his work as a sculptor. He had apparently begun to model about 1840 to prepare his paintings and, being an extremely conscientious artist, he always regarded sculpture as part of the painting process. However it is not always clear which came first in his mind, the statuette or the painting. Several paintings by Meissonier, executed between 1879 and 1885, reproduced this traveller.
Meissonier himself said that he took great pleasure in modelling. He worked almost solely in wax because it was so malleable. "It is instant burst of creativity... You cannot imagine how absorbing and exciting it is to make a model..." Although he liked the flexibility of wax, he nonetheless prepared his models with excessive meticulous care, modelling the horses over the tiny skeletons sold in art supplies stores.