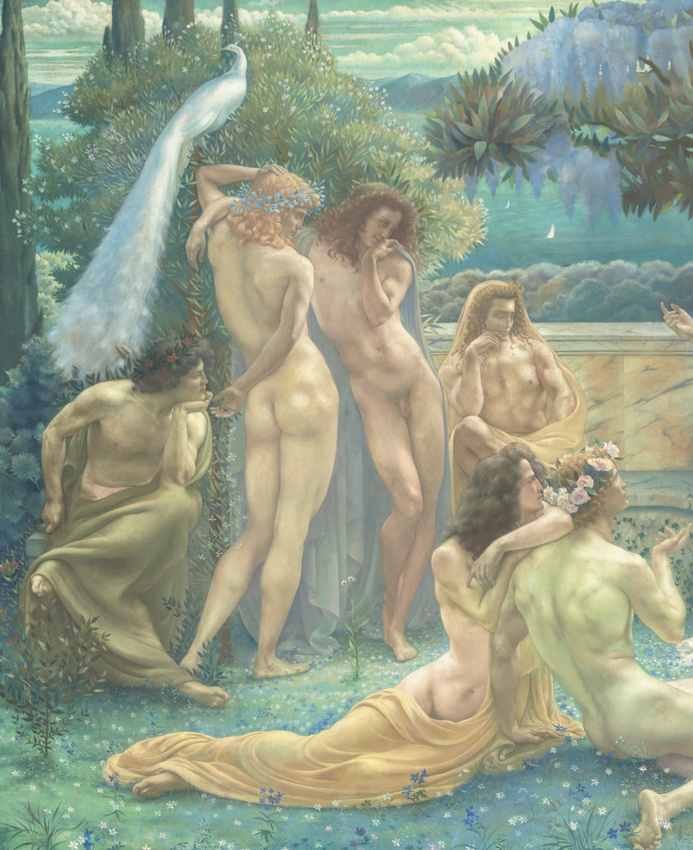 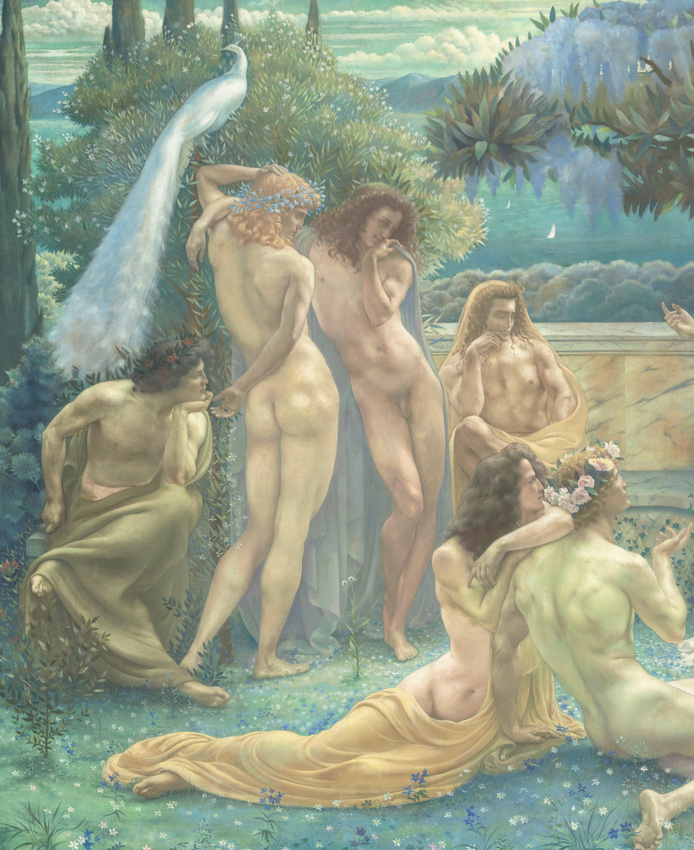 In the late 19th century, Belgium was one of the great centres of European symbolism. Jean Delville's paintings and writings expressed the most esoteric side of the movement. In the mid-1880s, Delville's discovery of the symbolist milieu in Paris and the friendships he made there led him to break with the naturalism inherited from his academic training.
Thus his friendship with the Sâr Péladan and his regular attendance at the Salon of the Rose+Croix, testified to his belief in an intellectual art which focused on evocation more than description.
Plato's School, a decoration intended for the Sorbonne but never installed there, is a striking work in many respects. Its monumental size and its ambitious message – an interpretation of classical philosophy seen through the prism of the symbolist ideal – set it apart. The manifesto makes no secret of its references, from Raphael to Puvis de Chavannes, but envelops them in the strange charm of a deliberately unreal colour range.
The ambiguity emanating from this fin de siècle Mannerism knowingly blurs the borderline between purity and sensuality.