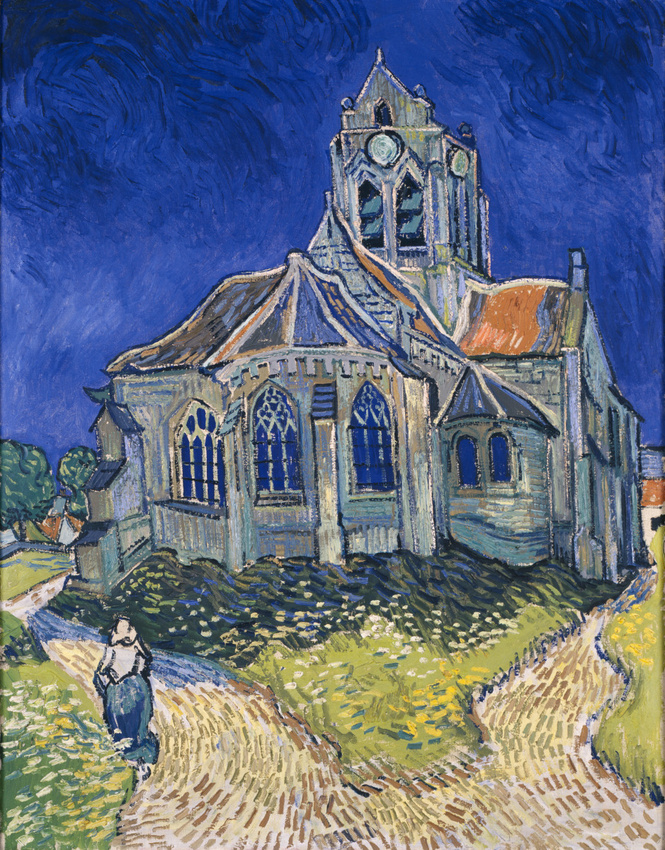 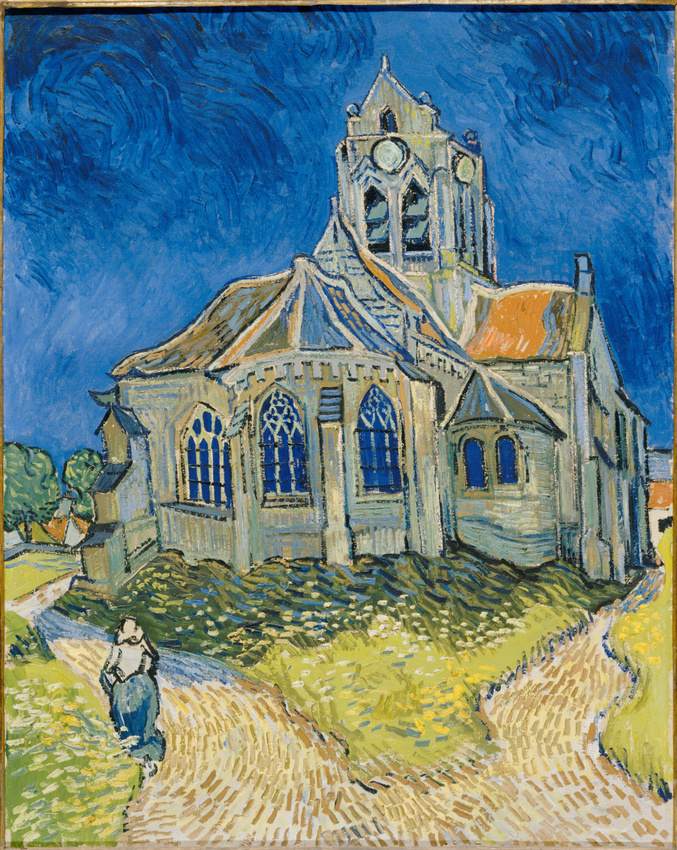 After staying in the south of France, in Arles, and then at the psychiatric hospital in Saint-Rémy de Provence, Vincent Van Gogh settled in Auvers-sur-Oise, a village in the outskirts of Paris. His brother Théo, concerned with his health, incited him to see the Doctor Gachet, himself a painter and a friend of numerous artists, who accepted to treat him. During the two months separating his arrival, on May 21, 1890 and his death on July 29, the artist made about seventy paintings, over one per day, not to mention a large number of drawings. This is the only painting representing in full the church in Auvers that may sometimes be distinguished in the background of views of the whole village. This church, built in the 13th century in the early Gothic style, flanked by two Romanesque chapels, became under the painter's brush a flamboyant monument on the verge of dislocating itself from the ground and from the two paths that seem to be clasping it like torrents of lava or mud. If one compares this painting with Claude Monet's paintings of the cathedral in Rouen, painted shortly afterwards, one can measure how different Van Gogh's approach was from that of the impressionists. Unlike Monet, he did not try to render the impression of the play of light on the monument. Even though the church remains recognisable, the painting does not so much offer the spectator a faithful image of reality than a form of "expression" of a church. The artistic means used by Van Gogh anticipate the work of the fauvists and expressionist painters.