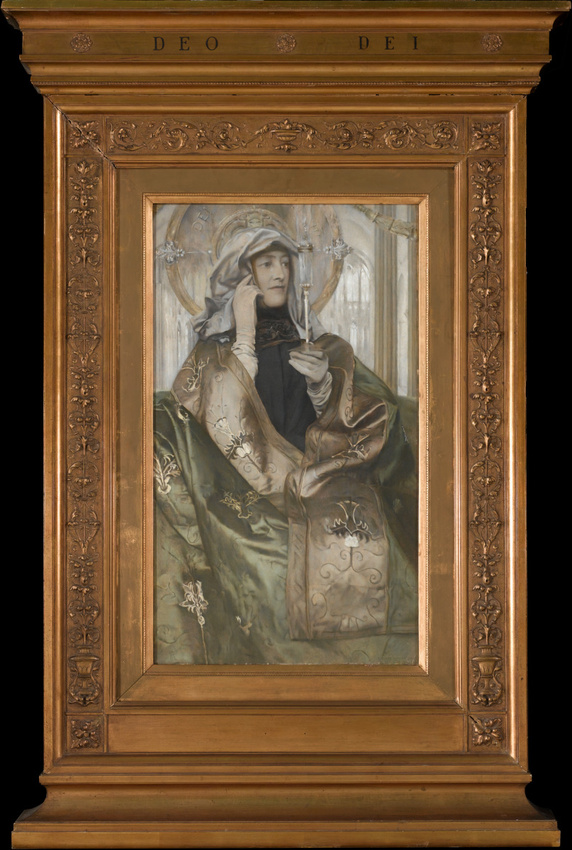 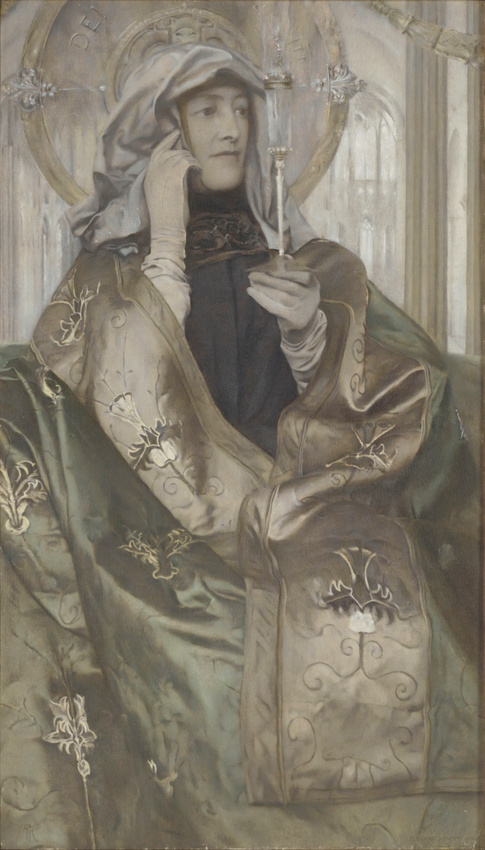 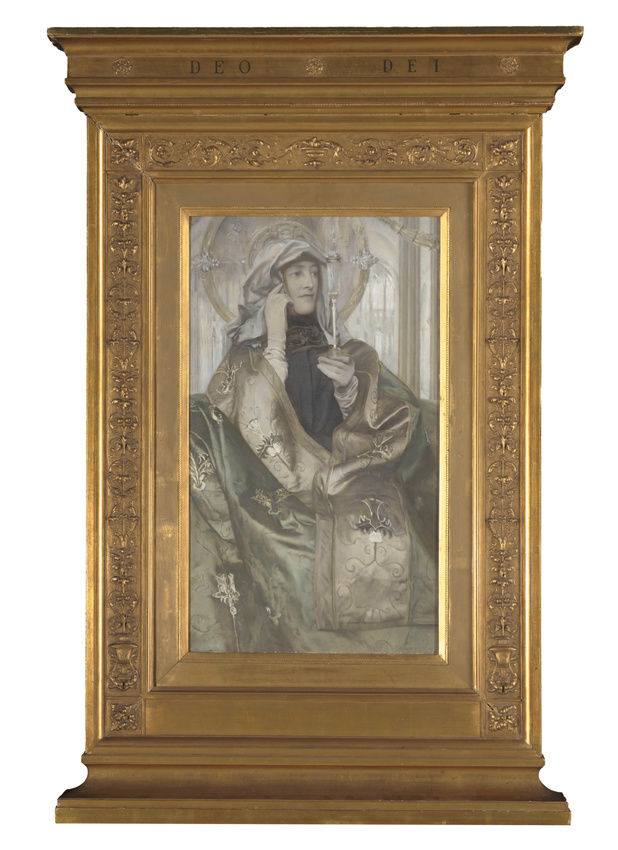 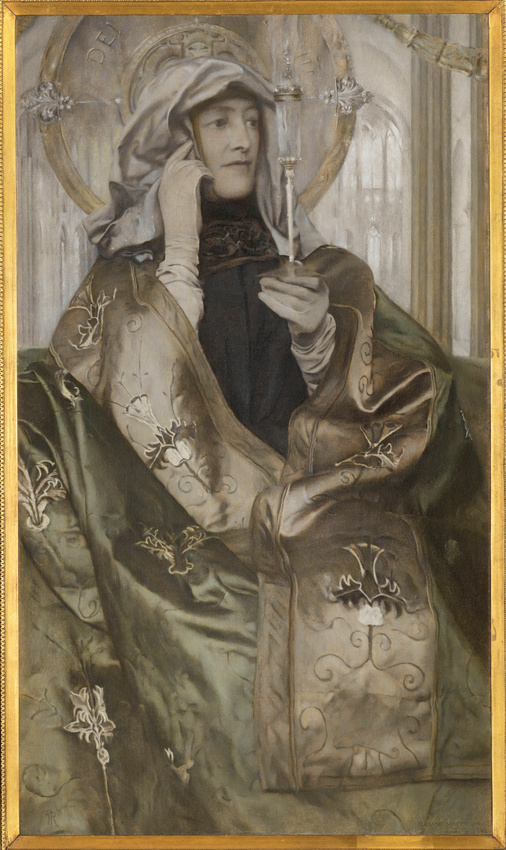 Here, as he often did, Khnopff used his sister Marguerite as his model. The painting is close framed, with Marguerite set in the centre of his composition. Yet only her face, with its mysterious smile, and her gloved hands, are visible. The rest of her body is hidden beneath sumptuous clothing – the lower part of the picture is completely taken over by the folds of a heavy cope of precious brocade. Thus, the fabric, and all that it conceals, becomes the principal subject of this painting.
In the earlier paintings, Marguerite appears in a long, white, cotton dress, with a blue scarf around her head, or wearing a dark, silk dress. But Khnopff had never previously covered his sister's body to this extent. The embroidered silk, with its stylised thistle motif, extends to almost half of the painted surface of the picture. Is the painter trying to protect his model by covering her like this, in the same way as the thistles are protecting her? Whatever the case, he manages to imbue his work with a further enigma. His limited colours, shades of brown, also reinforce the strangeness of work, as do the contrasts between the rich details in the foreground, and the indistinct shapes in a background bathed in light. The painting is still in its original wooden frame, designed by the artist. On the top section, the inscription "DEO DEI" echoes other references to Christ in the painting, like the halo behind Marguerite. In Incense, Khnopff has added an esoteric dimension, making it one of the great masterpieces of European symbolism.