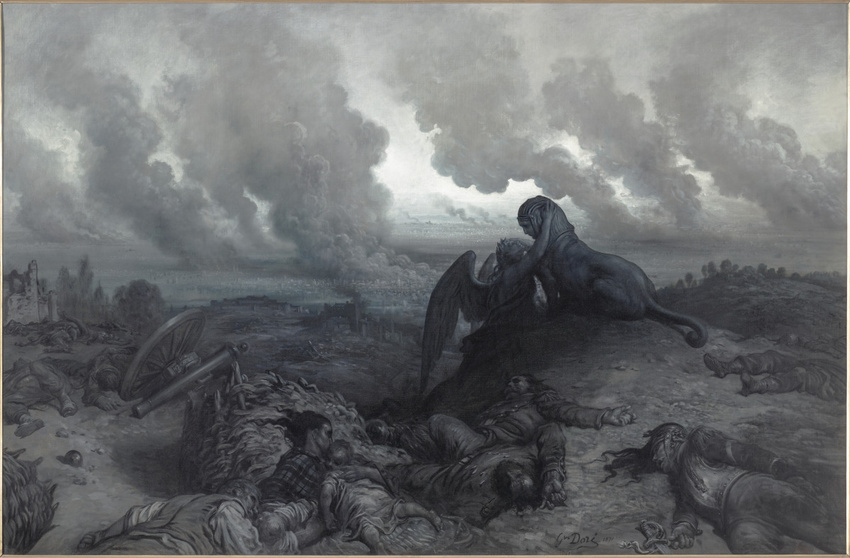 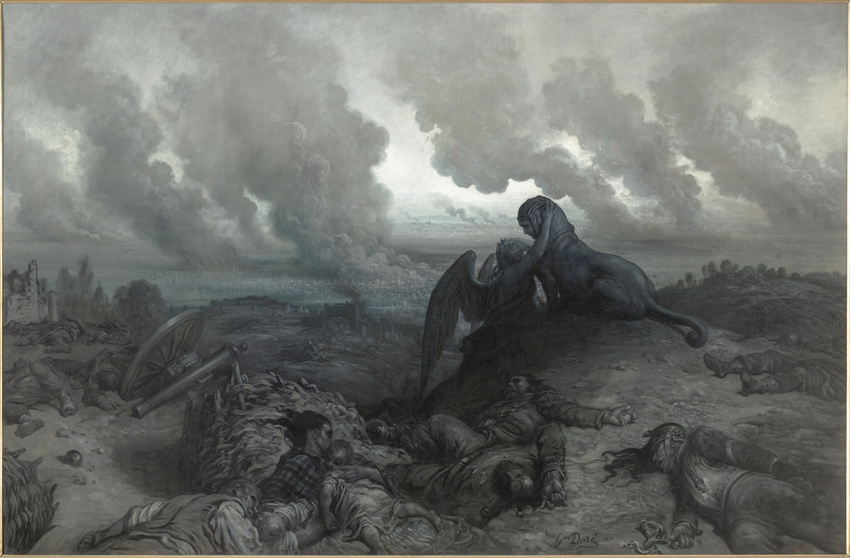 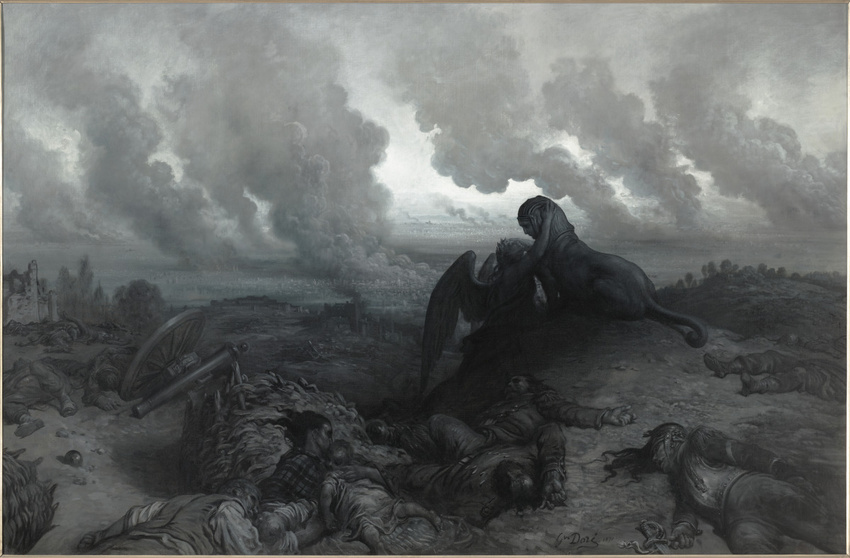 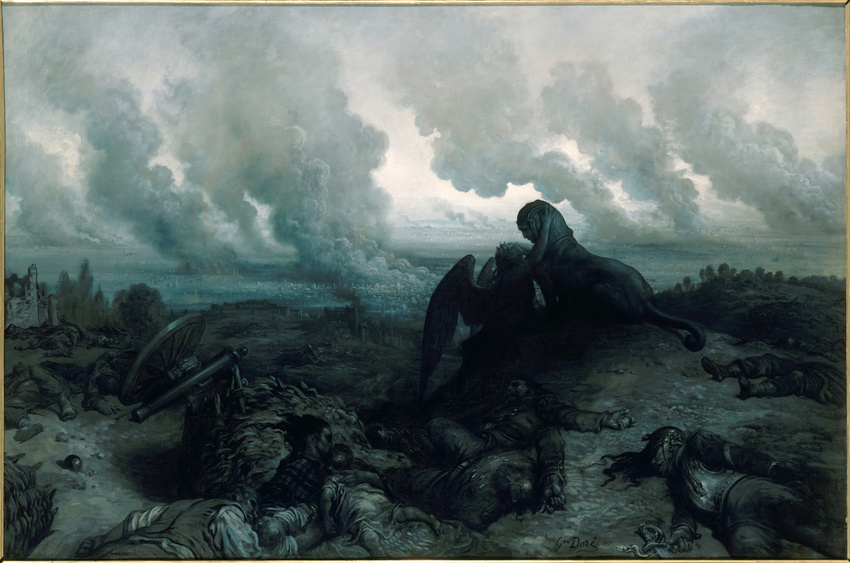 For Gustave Doré, born in Strasbourg, France's defeat by Prussia in 1870, and the consequential loss of Alsace-Lorraine, was a great source of distress. Just after the end of the war he produced three monumental works: The Enigma, The Black Eagle of Prussia and The Defence of Paris, all in shades of grey and presented under the general title of Souvenirs of 1870, when the contents of the artist's studio were sold posthumously in 1884.
Of these three paintings, The Enigma is undeniably the most tragic. At the top of a hill, strewn with bodies, there stands a sphinx, a mythical monster with the body of a lion and the head of a human. In the distance, plumes of smoke rise up from a Paris set ablaze by enemy cannon. Under the dark sky, a winged woman, perhaps the embodiment of France seems to be asking the sphinx for answers. The sphinx appears to be compassionate, closer to the sphinx of Egyptian religion, guardian of the underworld, rather than the monster Oedipus came across in Greek mythology.
Through this image of the war of 1870, Doré returns to the apocalyptic visions of his illustrations for Dante's Inferno (1861). More than just the defeat, he clearly wished to represent the end of the world. According to the catalogue for the sale of the artist's studio in 1885, Doré had taken inspiration for his painting from two verses of a poem by Victor Hugo:
"Ode to the Arc de Triomphe" (Inner Voices, 1837):
"What a spectacle! Thus dies everything that man creates!
A past such as this is a deep abyss for the soul!"