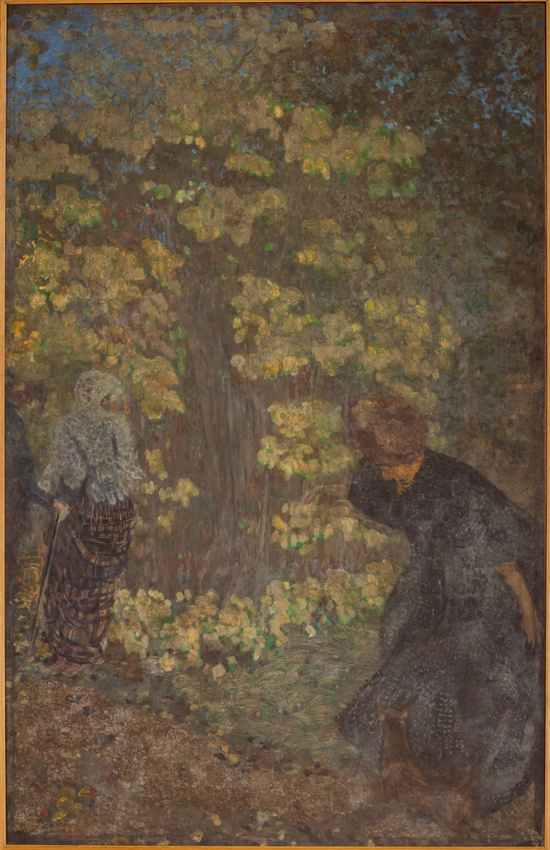 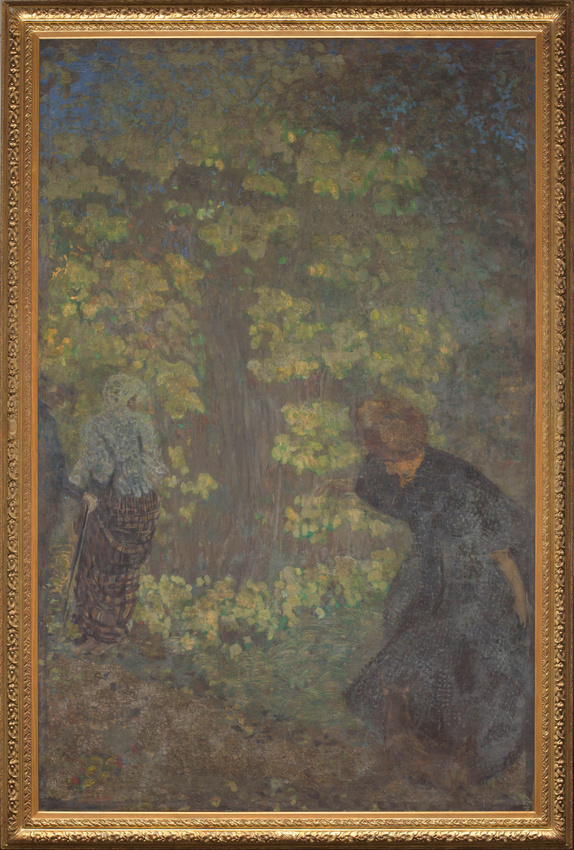 Faithful to the precepts of the Nabi group, founded in 1888 and to which he belonged together with Maurice Denis, Paul Sérusier, Pierre Bonnard and Ker-Xavier Roussel, Edouard Vuillard continued, after the movement had broken up around 1900, to search out "walls to decorate". This ambition was achieved, more often than not, through commissions for private, decorative works. This was the case with The Lilac Trees.
Princes Emmanuel and Antoine Bibesco, friends of the painter with whom he had travelled to Spain in 1901, approached Vuillard to decorate their Paris apartment. The Lilac Trees reflects the refined milieu of those who commissioned him, who were friends of Marcel Proust. In fact, Vuillard put his own close friends into the scene, such as Misia Natanson, the Nabis' muse and wife of the director of the avant-garde journal the Revue Blanche, while on the left, originally, was the Nabi painter Félix Vallotton.
The scene, brushed with a matt substance using the technique of painting à la colle, is bathed in soft light filtering through the foliage, a very popular motif with the Impressionists. Misia's pose and the movement of her loose-fitting dress form an arabesque, a typically decorative element.
A few years later, Emmanuel Bibesco asked Vuillard for two more panels for the dining room of his new apartment. The artist then painted The Path and The Haystack both of which are in the Musée d'Orsay collections. No doubt in a desire for harmonisation, Vuillard then went back to The Lilac Trees and reworked it, replacing Vallotton with the two ill-defined characters that we can see today.