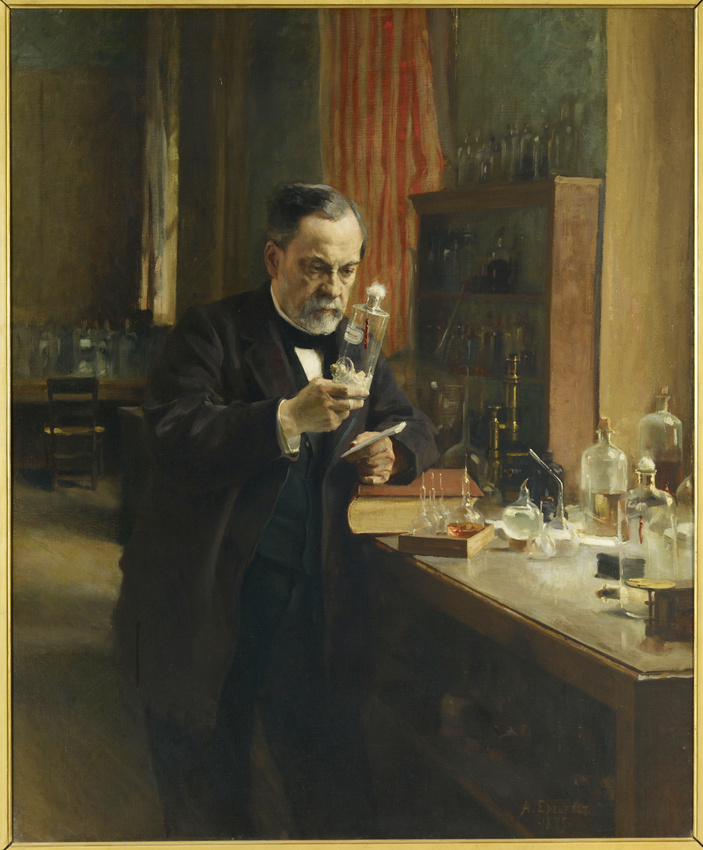 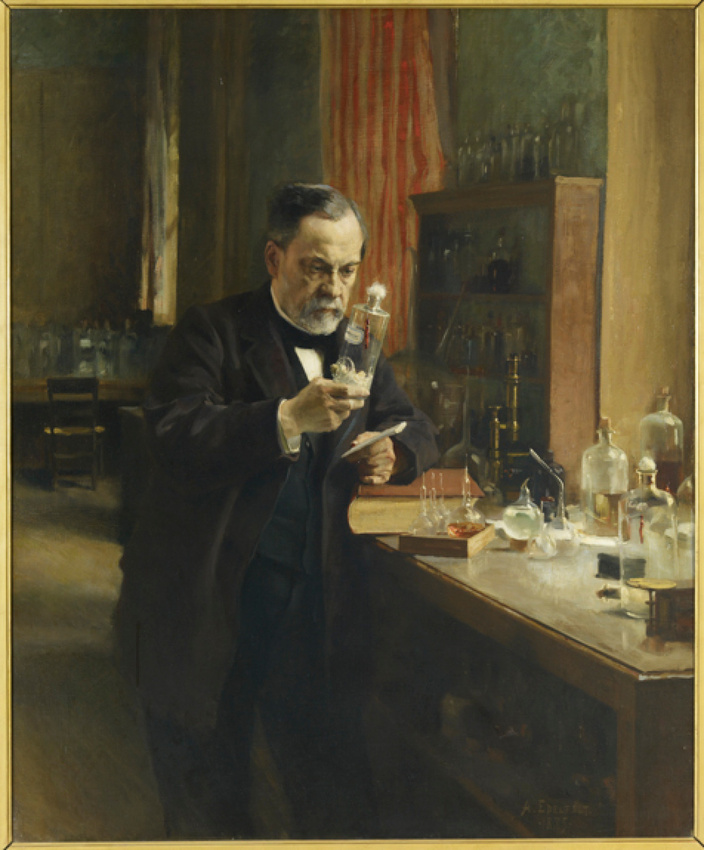 Like many of his contemporaries from Northern Europe, the Finn Albert Edelfelt came to France when he was scarcely twenty to study at the fine arts school in Paris. He quickly took part in the official exhibitions and soon won medals and awards. The presentation of his portrait of the chemist and biologist Louis Pasteur at the Salon of 1886 marked a new stage in his career because it earned him the Legion of Honour. At a time when painters readily chose contemporary scientific subjects rather than historical painting, which was bogged down in the reproduction of anecdotes, this portrait of one of the most famous scientists of the time was very popular.
Pasteur is shown in his laboratory in the rue d'Ulm, in the midst of his experimental apparatus. He is holding a jar containing the spinal cord of a rabbit infected with rabies which he used to develop a vaccine against rabies. As a result of this discovery, he was hailed as a benefactor of mankind. Far from being a heroic representation, the painting is the epitome of poise, both in its composition and lighting. Light from a window out of sight on the right spreads delicately over the scene, highlighting the equipment and the scientist's thoughtful face.