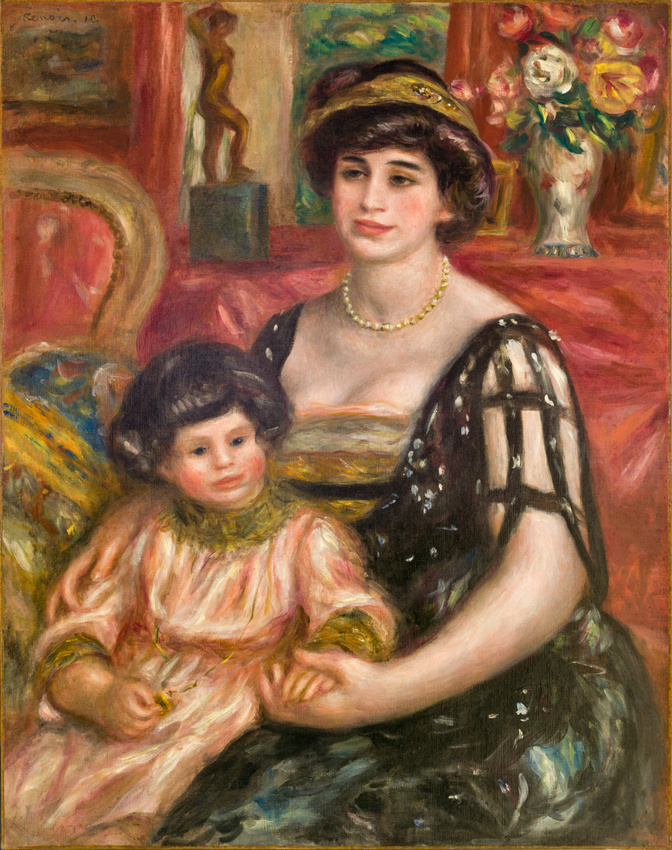 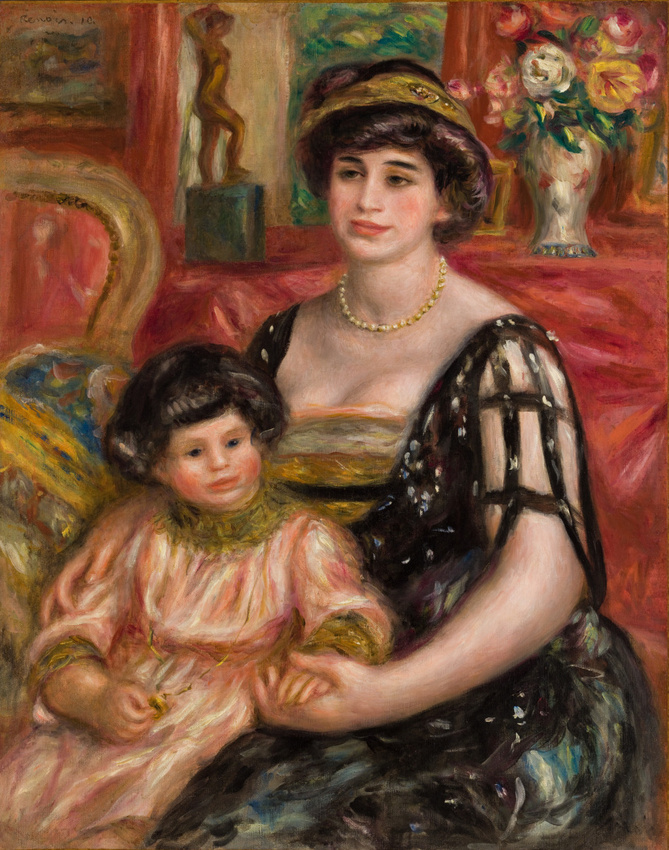 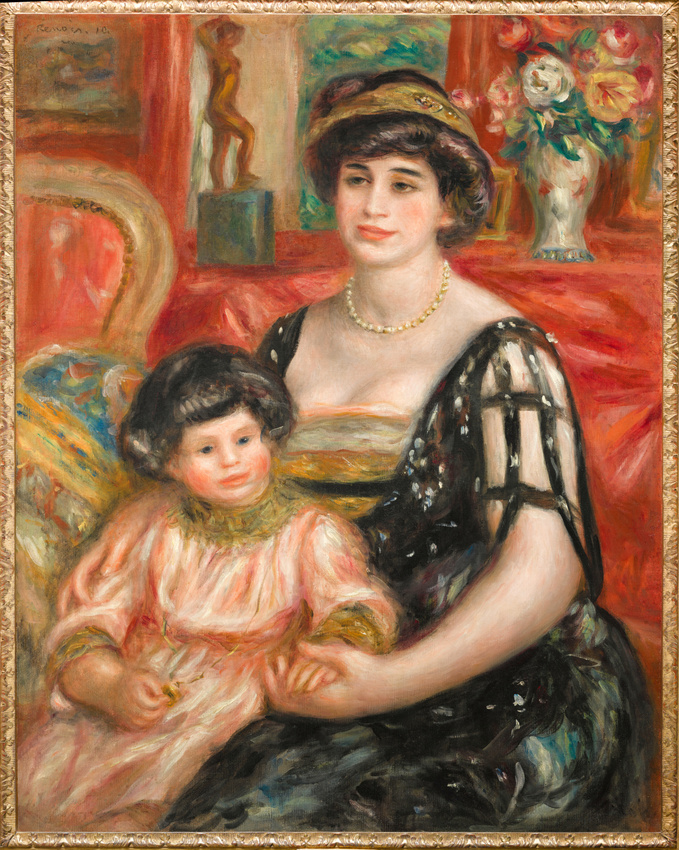 The model for this painting was Mathilde Adler (1882-1963). In 1901 she married her cousin, Josse Bernheim-Jeune (1870-1941) while her sister Suzanne (1883-1961) married his brother Gaston (1870-1953). For several years the Bernheim-Jeune brothers had been established as dealers for the first generation of Impressionists.
They had already turned to Renoir for a portrait of the two young fiancées, in September 1901. In 1910, he was approached once again. At his country property, Les Collettes, near Cagnes-sur-Mer, Renoir painted for Josse a portrait of his wife and their son Henry Dauberville (1907-1988).
The space is constricted; the interior encloses the models in a kind of jewellery box - a highly flattering technique. Renoir clearly took delight in emphasising the luxuriousness of the fabrics, using a limited but very vivid palette. This sumptuous subject matter alludes to the historical portrait, from the era of Rubens to the 18th century French painters, a return to the classical tradition which, when combined with Renoir's talent as a portraitist, was sure to appeal to a broad clientele. Although very much in demand, the artist, particularly at the end of his career, only yielded to the entreaties of his closest devotees or to his dealers like Durand-Ruel and Vollard.
The small sculpture, up on the left, is Maillol's Bather putting up her hair dated around 1898-1900. This reference to Maillol could be taken as a tribute from Renoir to the young sculptor who produced a bust of him in 1907-1908. It can also be seen as an evidence of the interest the Bernheim-Jeune household took in the young artist discovered by Vollard.