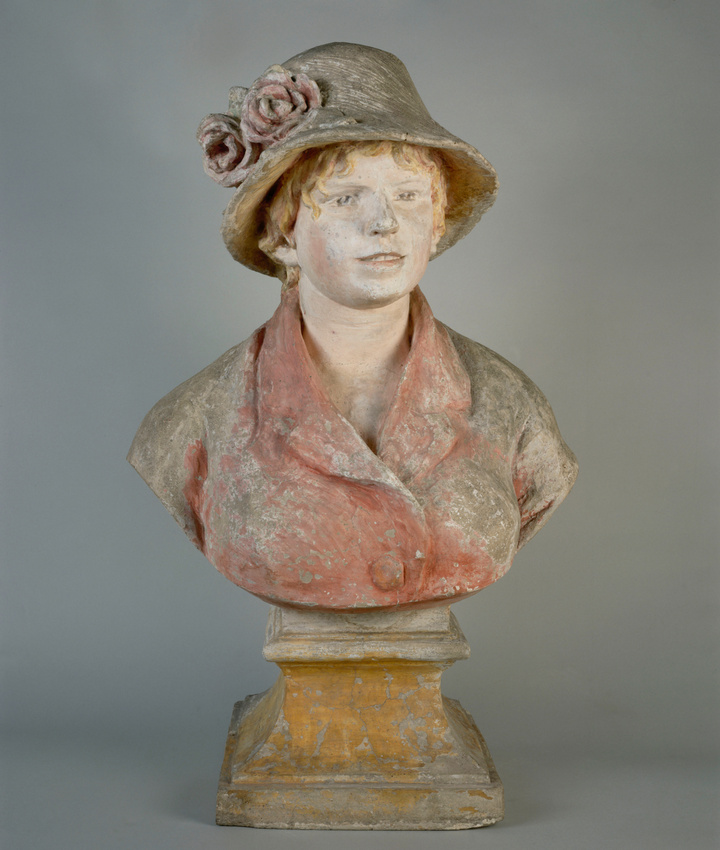 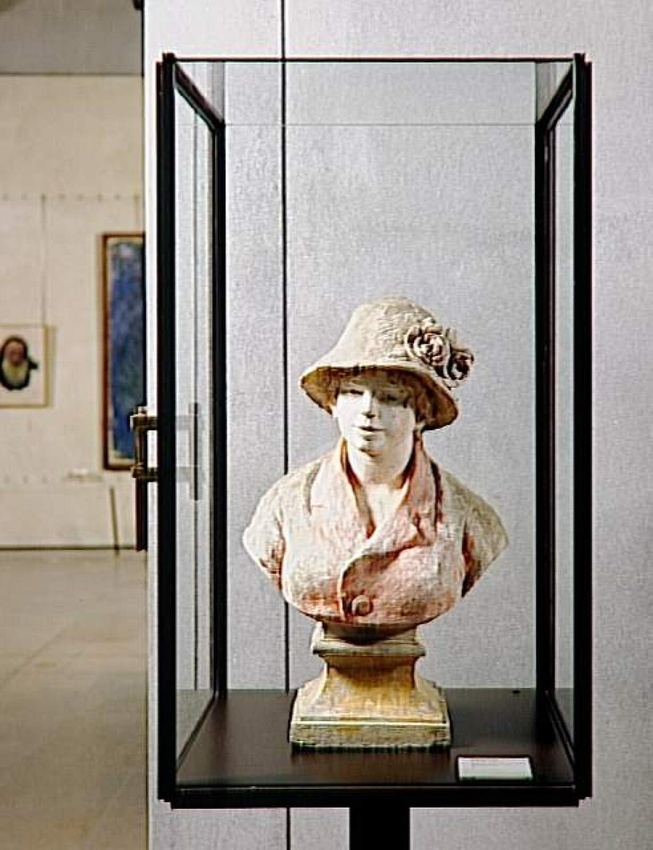 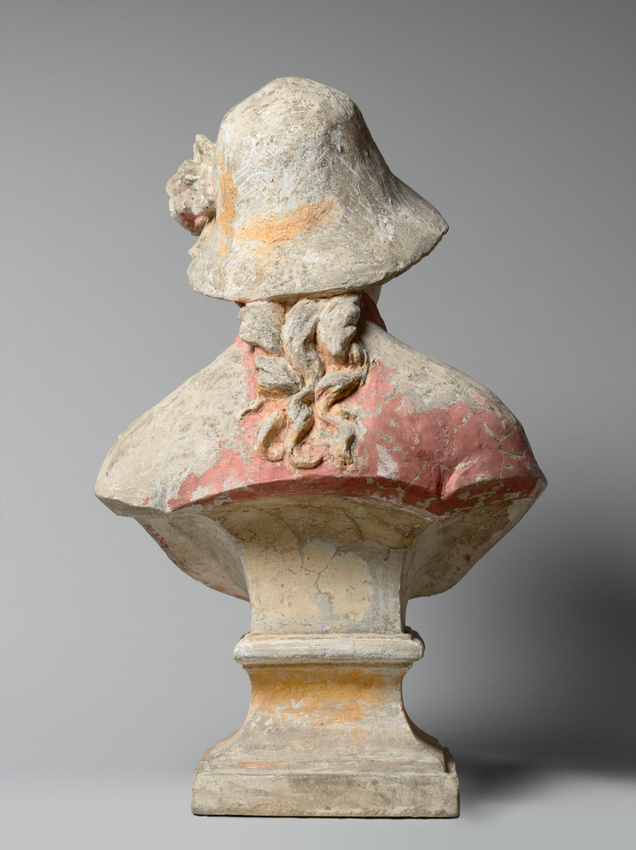 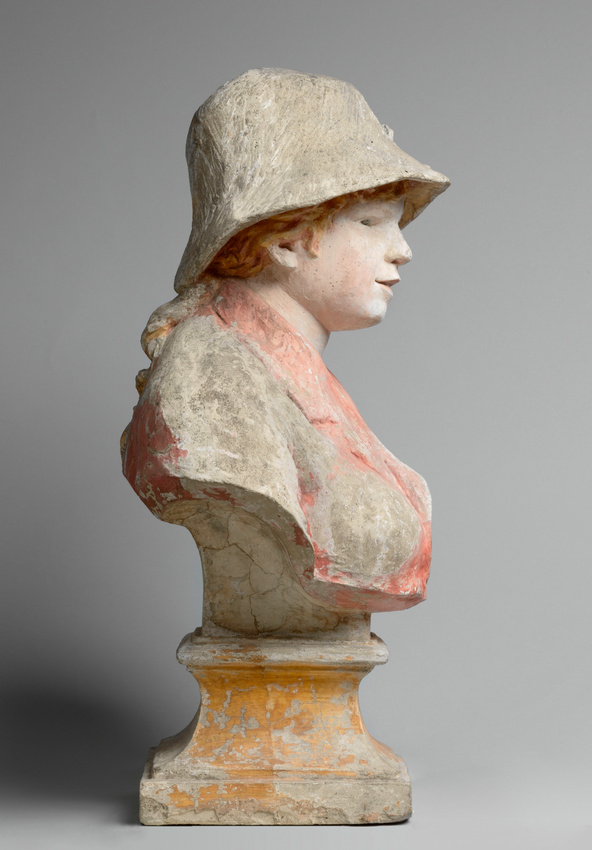 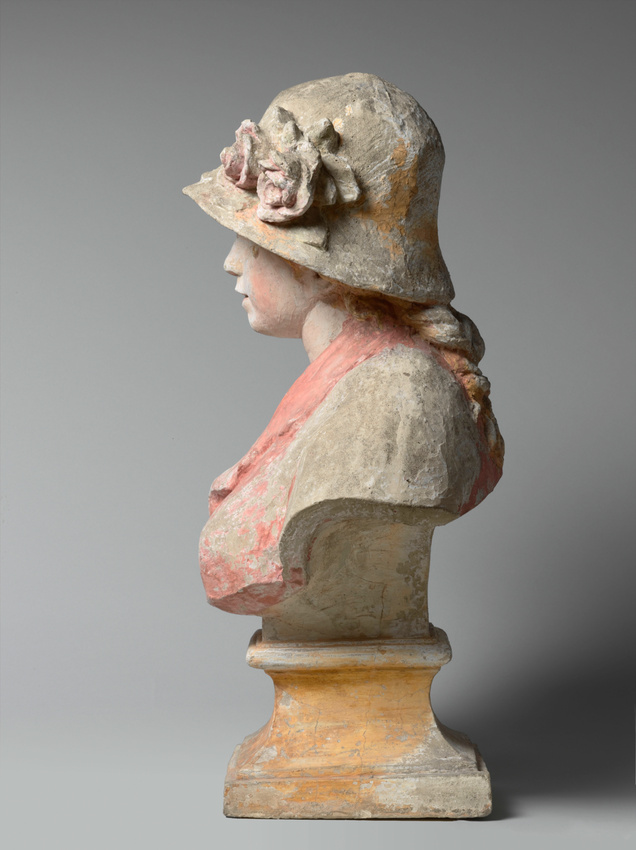 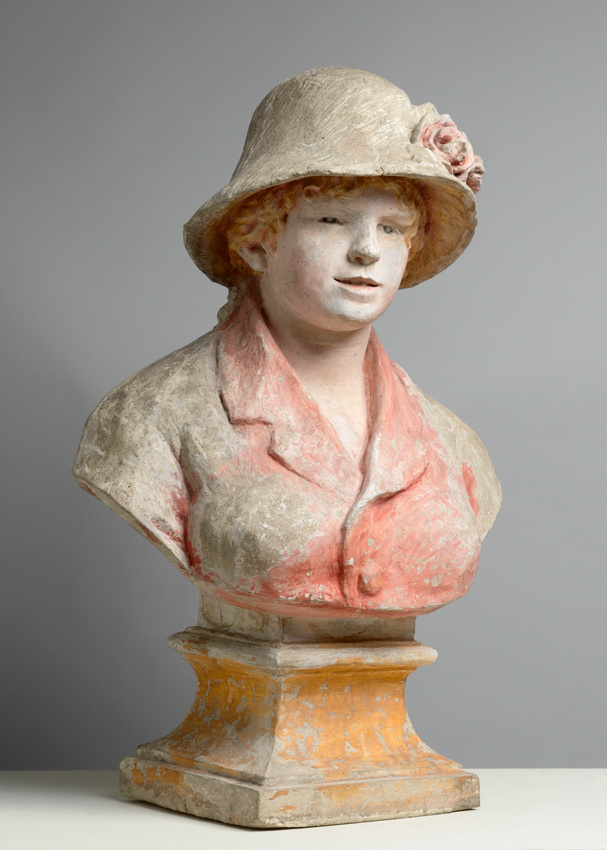 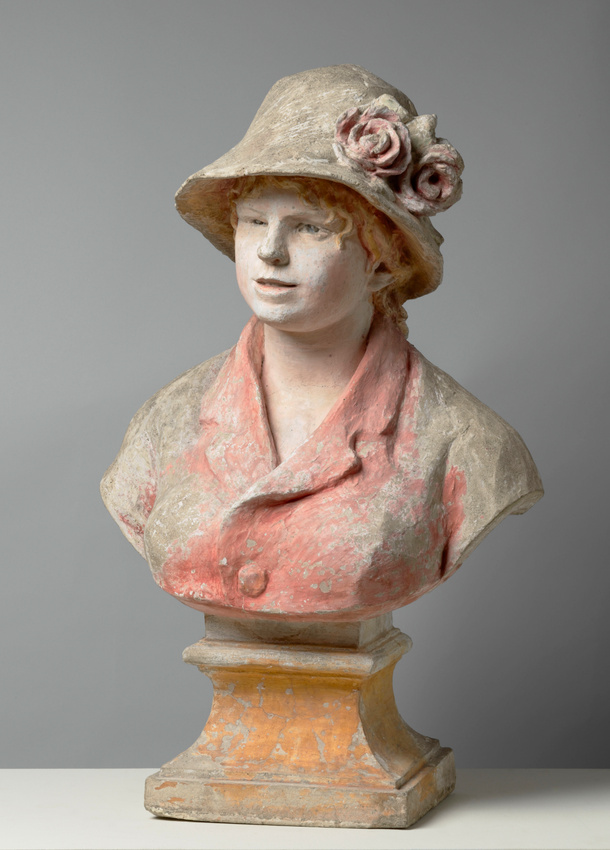 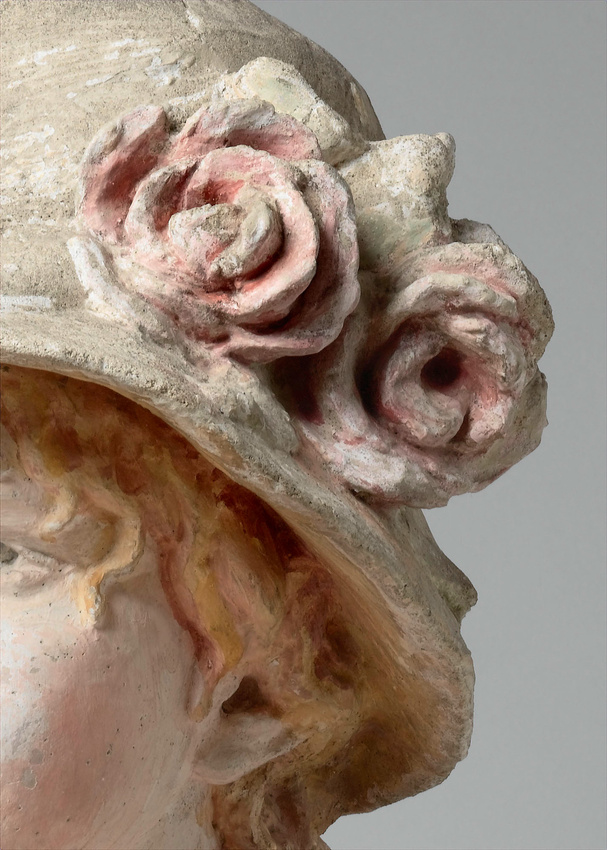 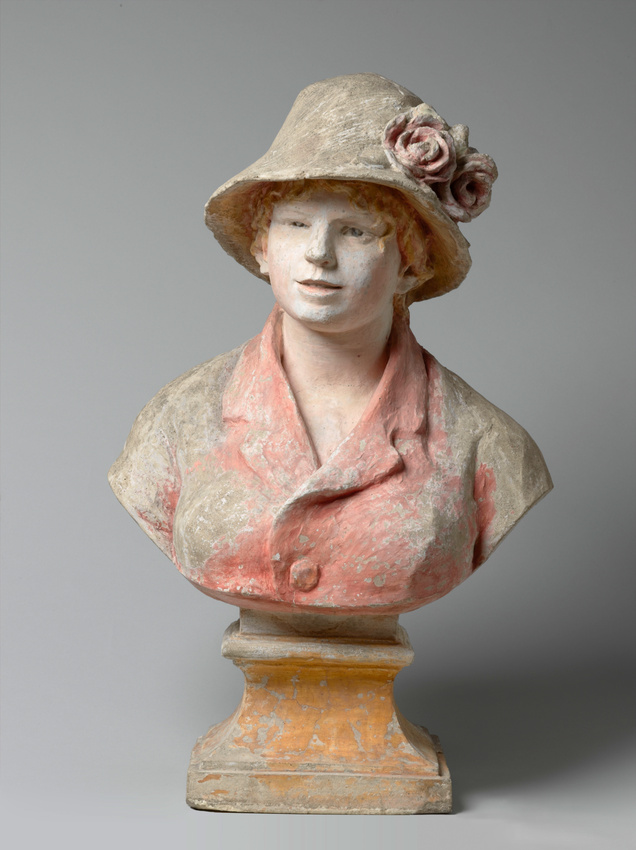 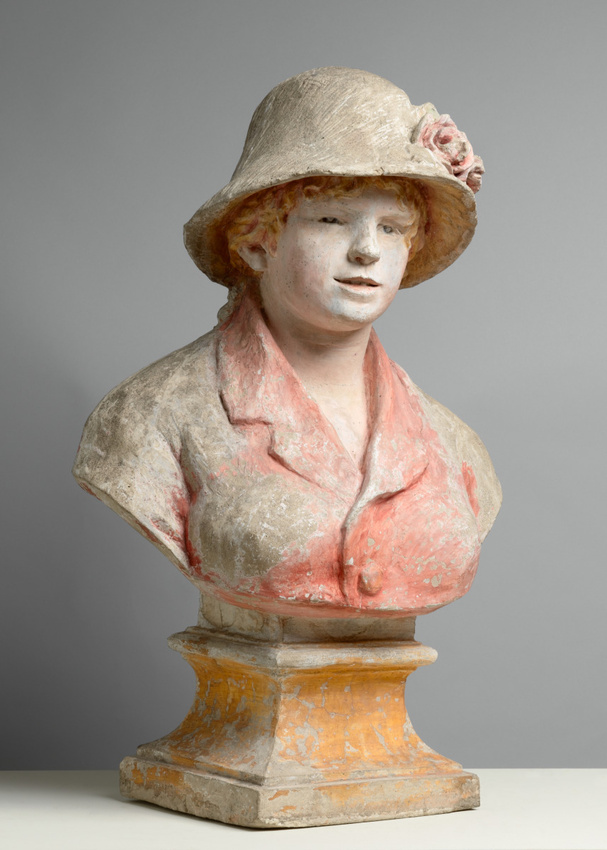 Renoir came to sculpture very late in his career. He seems to have made several attempts in this field about 1875 and sculpted portraits of his family, such as his son Claude. In 1913, on the urging of Ambroise Vollard, he started to work on veritable compositions. As his hands were almost entirely paralysed with rheumatism, Vollard found him a young sculptor to act as his assistant: Richard Guino (1890-1973) did the modelling from drawings or paintings by the painter.
The bust of his wife was executed after her death in 1915, for her grave near Cagnes-sur-Mer. Renoir first wanted to put a seated statue of Aline nursing their first son on the tomb. For the bust, which was finally cast in bronze, Richard Guino took his inspiration from a portrait painted in oils by a Renoir twenty years earlier. It has the same poised volumes, and "a healthy robustness". This copy was made of mortar of hydraulic lime and sand and coloured by the fresco process that is while the mortar was still damp.