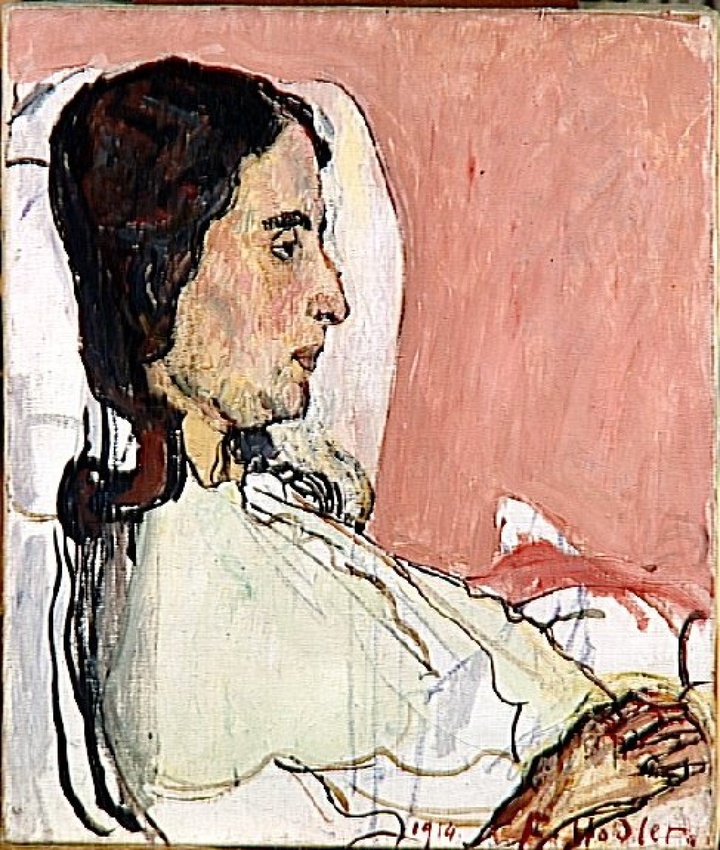 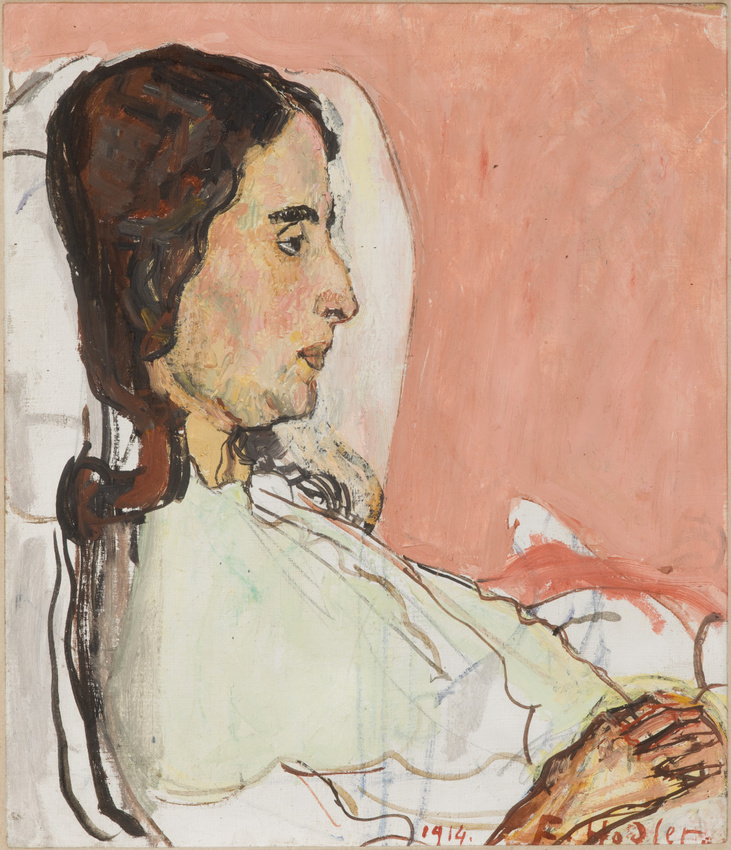 From 8 December 1914 to 25 January 1915, Hodler depicted the agony of his partner, Valentine Godé-Darel, suffering from a terrible cancer in a series of poignant paintings that are sometimes harrowing.
The portrayals are characterised by heartfelt compassion and great freedom of execution, as can be seen in this portrait, one of the first in the series.
In 1935, it was also the first of Hodler’s oeuvres to be purchased by a French museum.